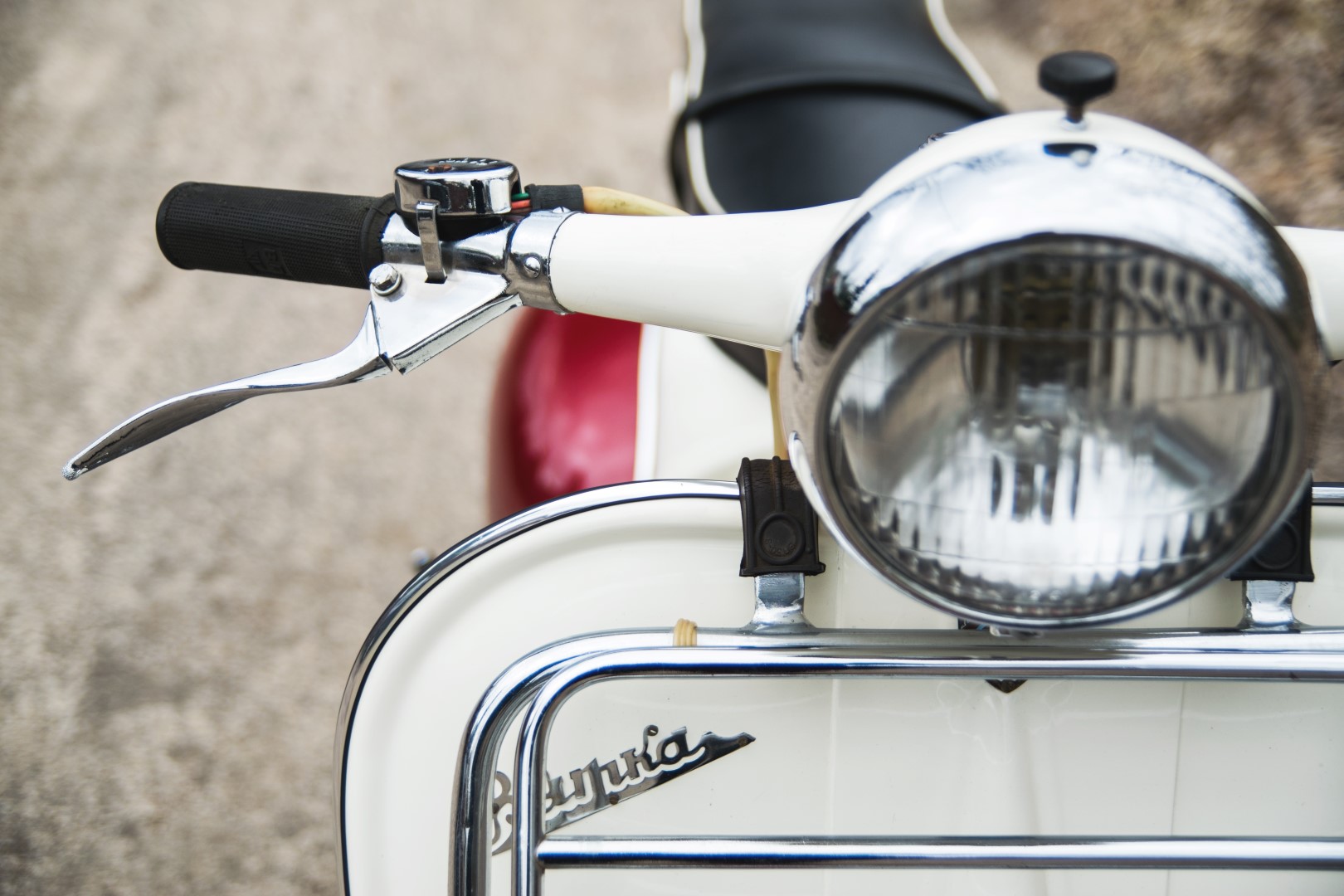 The 1950s were a time of development of motor scooters in Western Europe. At the time, the Eastern Bloc countries made no similar products. In 1956, the Soviet authorities decided to launch the production of a small two-wheeler that would serve as a simple means of individual transportation, inspired by the Western models. As was the case for a number of other technologies, the Soviet engineers decided to reverse-engineer an existing solution. The Italian Vespa motor scooters were selected and the task was assigned to the Vyatsko-Polyanskiy Engineering Plant, which hitherto specialised in military production. In late 1956, three Vyatka prototypes were presented. Compared to its Vespa predecessor, the Vyatka featured a weaker engine and a 3-gear, instead of a 4-gear, gearbox. Externally, the motor scooter was very similar to the Italian Vespa. Even the Вятка (Vyatka) logo appeared to be based on the font used in the Vespa logo. Mass production started in late 1957. The Vyatka had a 4.5 BHP engine (5.5 BHP in the later version produced after 1959) and was capable of a maximum speed of 70 km/h. The motor scooter, with a price tag of 320 roubles, was one of the cheapest means of transportation on the Soviet market. The Vyatka was in production for 10 years until 1967.

The Vyatka on offer by Ardor Auctions is an improved model made in 1961. According to the vehicle documents, the motor scooter was in use until 1973, when it was struck from the motor vehicle registry. The motor scooter was purchased by its current owner in 2004. Afterwards, it was completely renovated at a car repair shop specialising in repairs and servicing of vintage mopeds and motorbikes. The renovation included body works, a new two-colour paint job and mechanical repairs. A couple years ago, the motor scooter was fully drivable. Presently, after several years of disuse, it only needs a simple inspection before use. The Vyatka is a very interesting and stylish motor scooter in a very good condition. It is also a proof that there was a demand for such vehicles also in Eastern Europe. The motor scooter featured in the Automobilista 11/2012 magazine.