In early 1963 Giovanni Michelotti was commissioned by Standard-Triumph to design a GT version of their recently introduced Spitfire 4 (also designed by Michelotti). An unmodified Spitfire 4 roadster was delivered to Michelotti’s design studios in Italy and late in 1963 the prototype Spitfire GT4 was returned to England for evaluation. The styling of the vehicle was a success but the extra weight of the GT bodyshell resulted in poor performance from the Spitfire’s 1147 cc (63 BHP) power unit, and plans for producing the Spitfire GT4 were shelved.

The Michelotti’s design was adopted by the Triumph racing programme. The fiberglass fastback was deemed to provide an aerodynamic benefit over the standard Spitfire body shape. The racing programme was successful and in 1965 resulted in 13th overall and a 1st in class at the prestigious 24 hours of Le Mans, beating the MG team. The competitive success and the continuing commercial success of the production vehicle led Triumph to re-evaluate its shelved plans for a coupe version of the Spitfire.

The car was mated with the heavier but more powerful 6-cylinder engine from the Triumph Vitesse. The car was further developed and refined and eventually launched as the Triumph GT6 (dropping the „Spitfire” prefix) to emphasise its GT styling and larger engine. Marketing advertised the GT6 as the „race winning Le Mans Spitfires” to capitalize on their aesthetic similarities, whereas the Le Mans Spitfires and the GT6 were actually, apart from their aesthetic similarities, two entirely separate development programmes with different parameters. However, the marketing spin was successful and a total of 40,926 units were sold.

Car History
The Triumph GT6 offered by Ardor Auctions is a Mk III made in the last year of the model’s production run. That variant was made from 1970, with its bodylines matching that of the Spitfire Mk IV. The front and rear was slightly modified, new door handles were introduced and rear suspension was modified with the addition of a front anti-roll bar. A brake servo was also added and seats were changed from vinyl to cloth. There was still a fairly comprehensive options list, but the knock-on wire wheels were no longer available. The unladen weight increased slightly to 920 kg. The powerdrive was identical as in the GT6 Mk II, but better aerodynamics led to better performance, with a 0–100 kph time of 10.1 second and a top speed of 180 km/h. Performance was now comfortably ahead of the competing MGB GT.

This example was bought by the current owner some 10 years ago. The car body was fully reconstructed. On that occasion, the paint job was changed from the original “Clipper Blue” to “British Racing Green”. Recently, the interior linings were replaced and some minor defects were repaired. Presently, the car body needs some minor paint work, but no further major expenses are expected.

The Triumph GT6 is a very interesting vintage car available for a reasonable price. It would be a great addition to a collection of British automobiles or a good offer for a person seeking their first vintage car to offer exciting recreational driving experience. 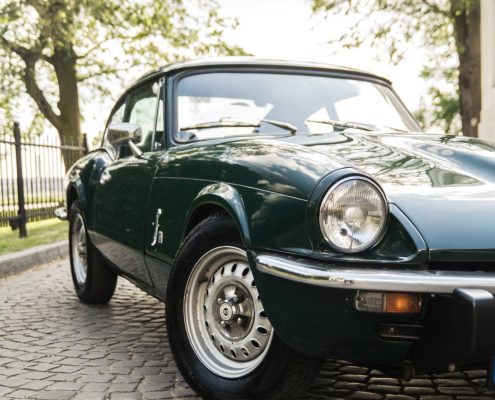 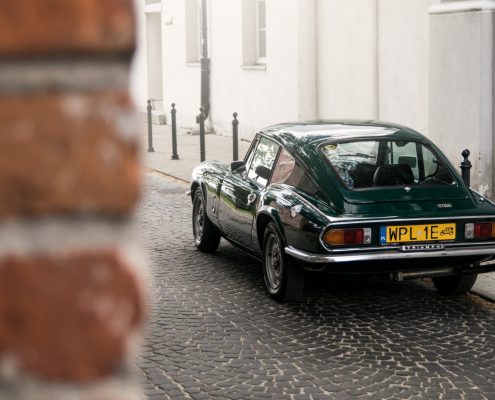 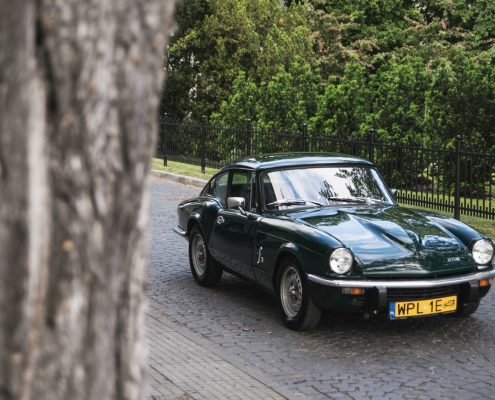 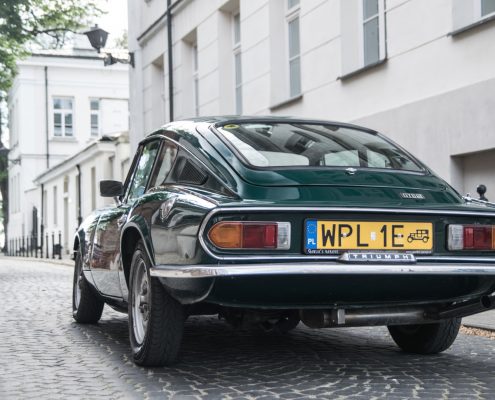 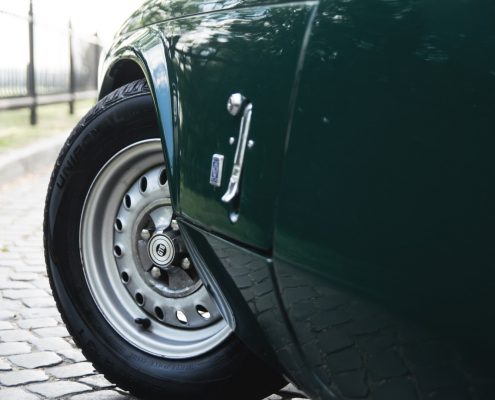 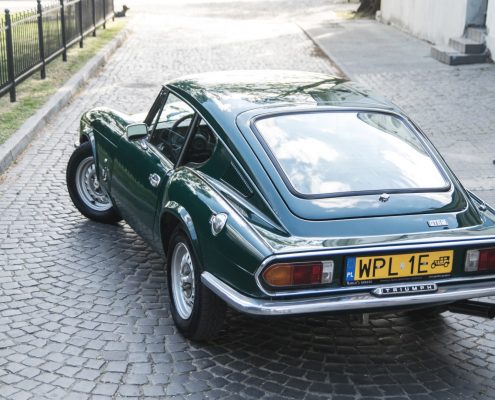 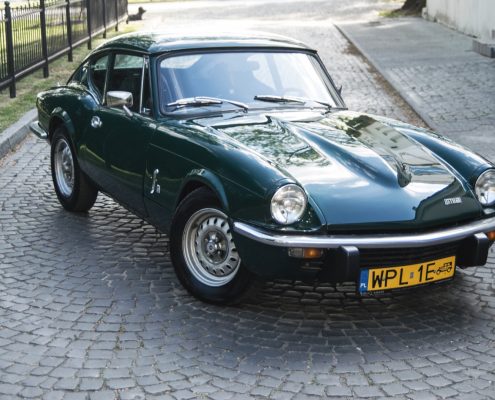 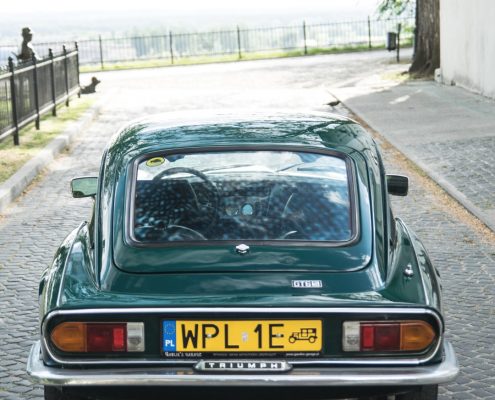 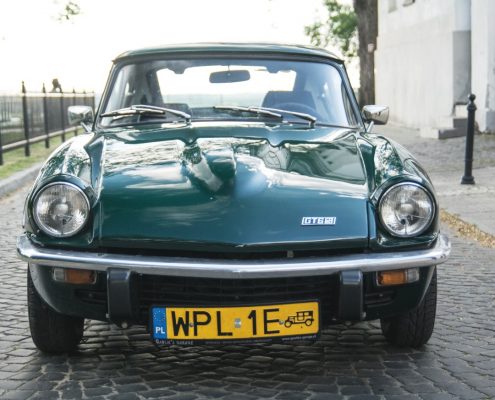 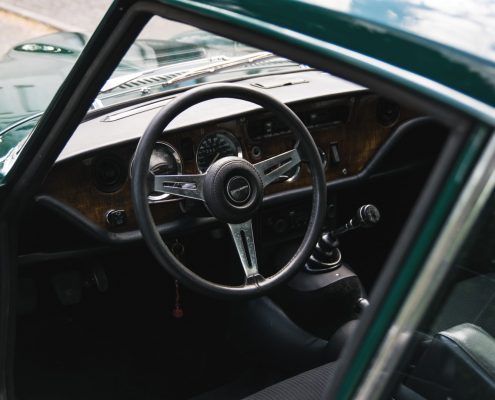 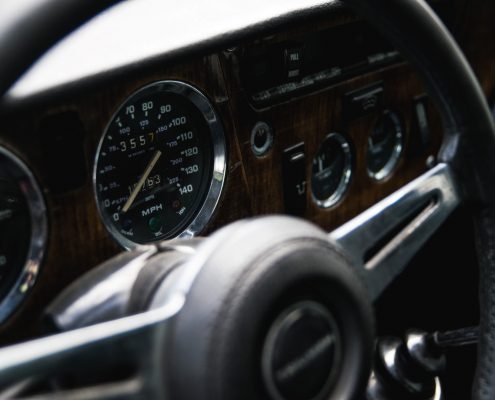 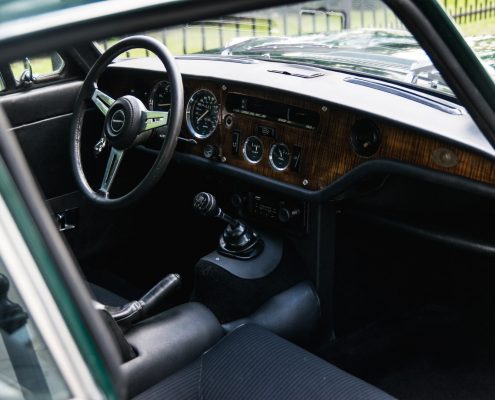 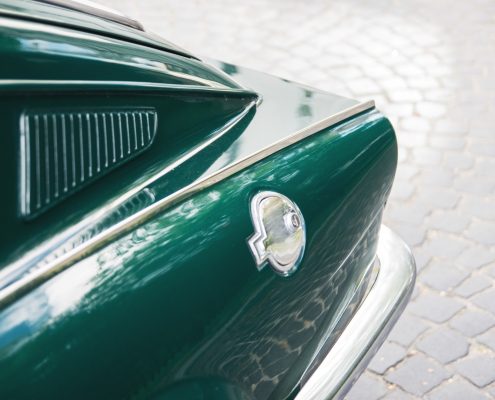 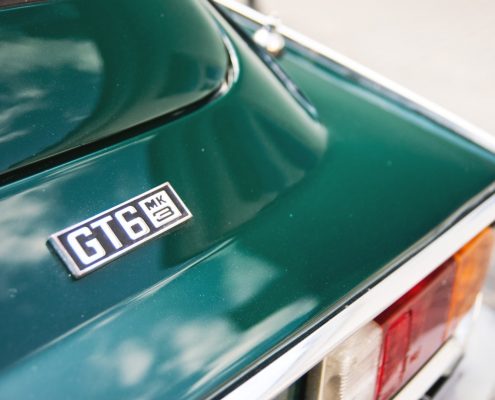 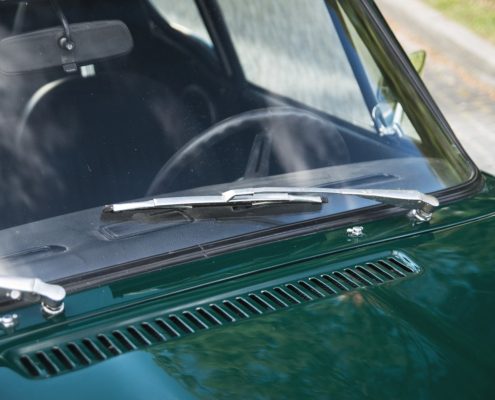 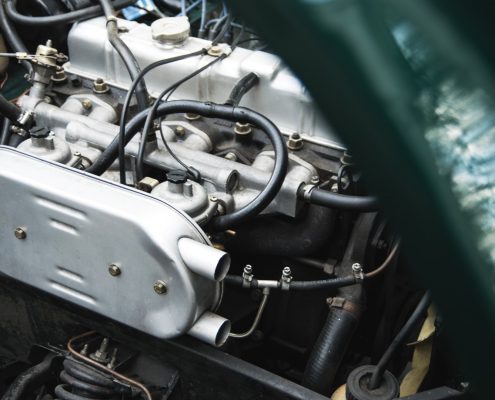 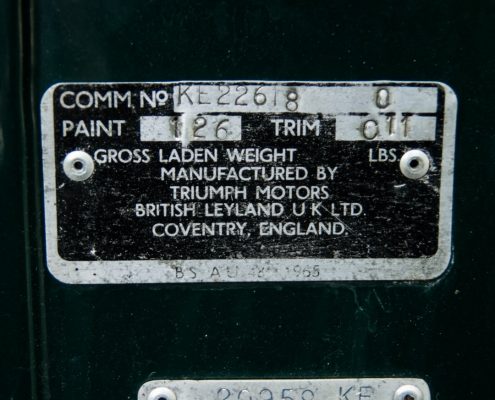 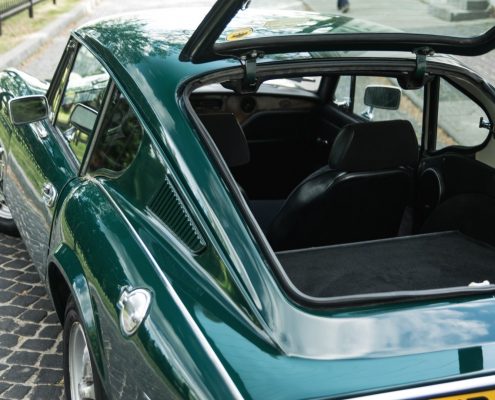 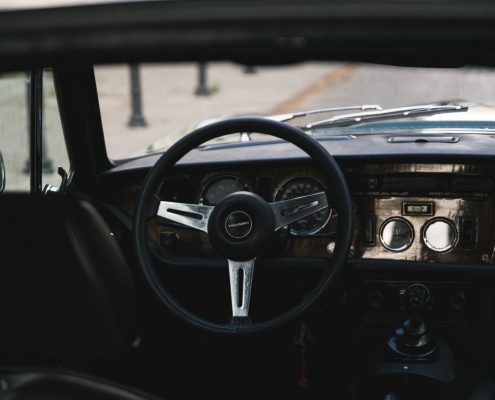 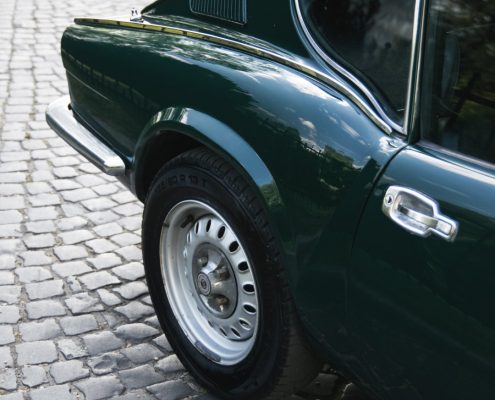 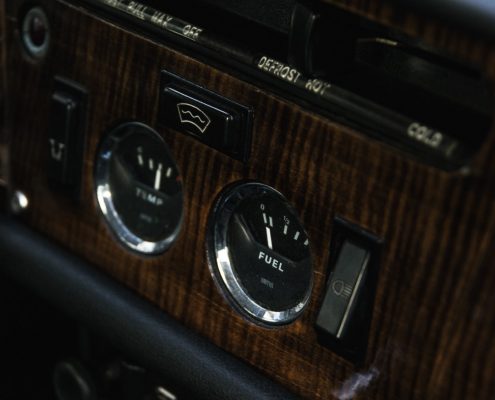