The Jaguar XJ-S (later called XJS) is a full size gran turismo car. It was produced for more than two decades and had a very tough act to follow: replace the legendary E-Type. History of this car started in the middle of the raging 70’s. Its long, low body shared parts of the DNA with its predecessor, but was adapted to the styling trends from the period. Jaguar’s stylists made it more aerodynamically efficient as well. First generation of the Jaguar XJ-S was introduced in 1975. As its name suggested, it was more of a gran tourer than a full-on sports car and had more in common with the XJ, which was a luxury saloon car. Typically for a Jaguar, the XJ-S retained an  independent rear suspension. Initially the car was only offered with a 5.3-litre V12 engine developing 265 BHP, which ran very smoothly and made the performance more than ample. However, despite this, the demand for such enormous, thirsty engines was very low in the 70’s due to the ongoing oil crisis. In 1981 the engine was refreshed: power was increased (to 295 BHP in Europe), but fuel consumption was reduced at the same time. Two years later, an entry-level 3.6-litre six-cylinder engine was introduced. A two-seat variety with a targa roof, called XJ-S SC, was also available. Unfortunately, it didn’t win hearts of the customers, so it was replaced by a traditional convertible in 1988. In 1992, model range has been thoroughly refreshed. The name was changed to XJS, rear end of the car and its front fascia was redesigned, engines were bored out. From then on, the six cylinder engine displaced 4 litres instead of 3.6, while the V12 was a massive 6 litre unit. After 21 year of production, the XJS was replaced by the XK in 1996. Overall, 115 413 examples of XJ-S and XJS were made.

This navy blue Jaguar XJS listed in our catalogue, was originally destined for the American market. It left the factory with a smaller, 4-litre engine under the bonnet. The car was used in the United States until it was involved in a minor crash,in which left front corner was damaged, including the bonnet, bumper, left wing and headlamp. Then the car was shipped to Poland and repaired. The XJS currently has 110 000 miles on the clock. It is in good condition both on the inside and on the outside. Its paint might require some minor polish, but the mechanically it’s pretty much faultless. An oil change was performed recently. Its interior, that is wooden parts and upholstery are in a good condition. The owner decided to wrap the steering wheel in leather. The soft roof cover also needs no additional maintenance. The Jaguar XJS is a natural-born grand tourer. A convertible version lets one, enjoy long journeys in great comfort. It is a perfect alternative to its German rivals and better still, it can be used the whole year, not just in the summer season. 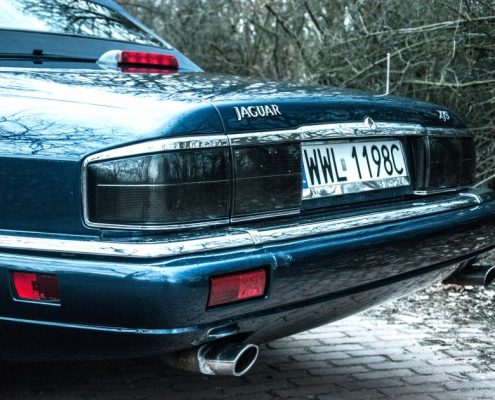 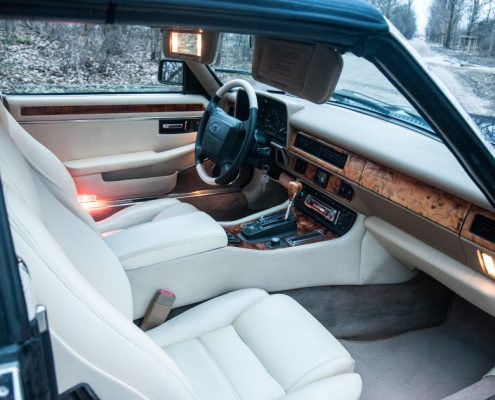 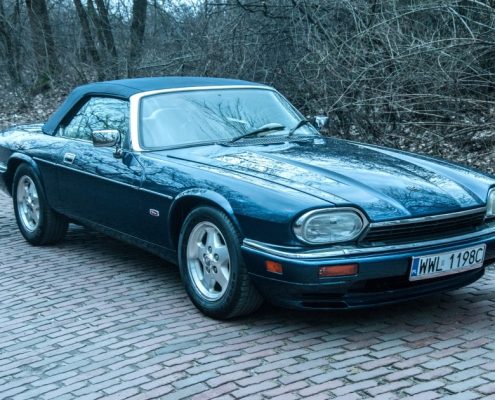 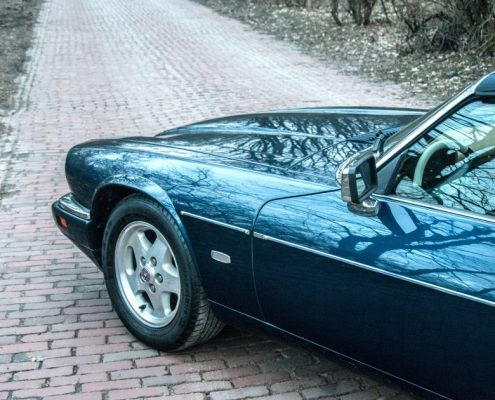 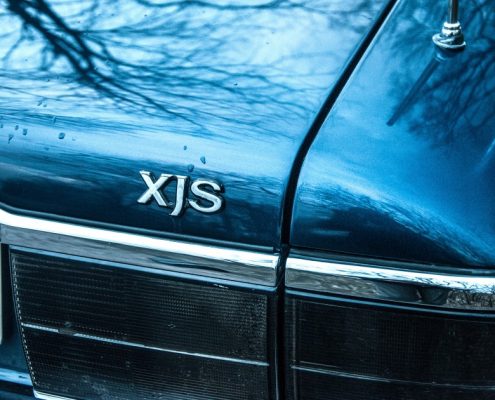 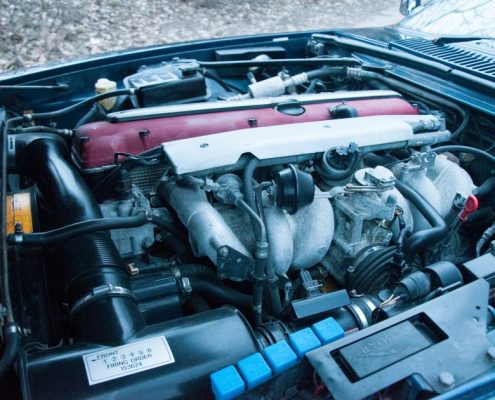