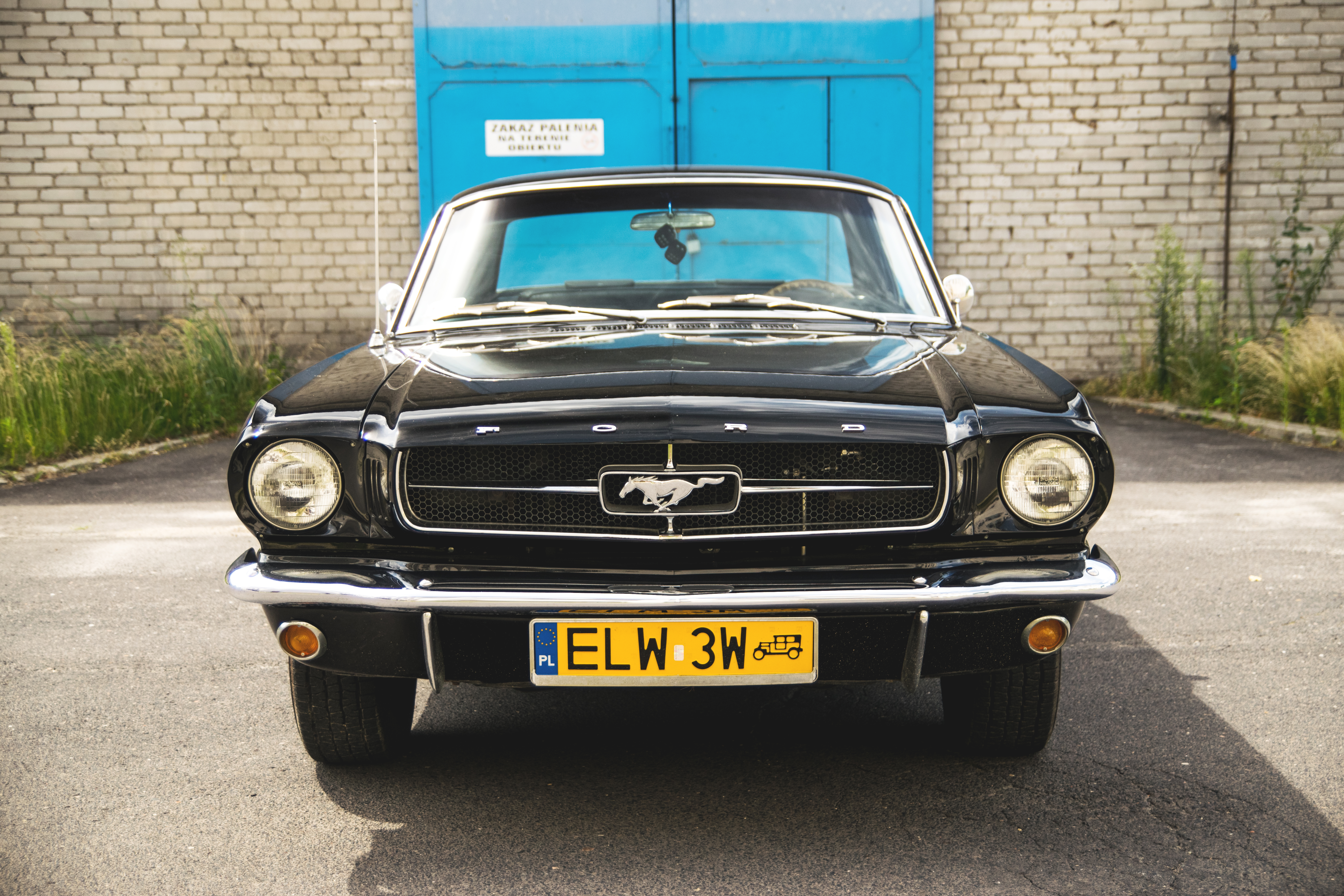 The Ford Mustang is an absolute icon of American motoring. For many years it’s been the epitome of a muscle car. It went into production in 1964 and was based on another model from Ford’s lineup – the compact Falcon. With the Mustang Ford developed a new sales strategy. Each dealership had to have at least one Mustang in stock. This was accompanied by a huge advertising campaign – the biggest ever at the time. On April 16th in 1964, the day before official launch, a special advertising clip was broadcasted in nationwide television. It reached almost 30 million viewers. On the first day of sales, customers ordered 22 thousand Mustangs. Such a huge sales success was unheard of at the time.

The car proved to be a massive sales hit. Already in 1966 production volume reached 1 million. Ford’s success comprised a number of factors. Many customers were seduced by the ability to customize their cars. They could choose from a huge variety of optional extras or accessories. The least powerful version was powered by a straight six-cylinder engine barely developing 100 break horsepower. On the other end of the range there were mighty V8 engines. The most powerful developed over 300 break horsepower and delivered a genuinely sporty driving experience. In 1965 a GT version was introduced, equipped with a four-speed manual gearbox and a distinctive styling pack. A Shelby-prepped version went down in the history of motoring. The GT350 was a non-compromise racing vehicle.

First generation Ford Mustang was manufactured through 1973. In the meantime, the car was gradually updated, to keep it fresh and attractive next to its competition. Mustang’s legend combines attractive styling, mighty engines and an air of freedom, symbolized by its name. This “wild horse” would not look out of place in any car collection.

The black Mustang offered on autumn auction by Ardor Auctions is a classic pony car in its purest form. The two-door bodied car left Ford’s factory on June 16th 1965. It is powered by 4.7-litre (289 cubic-inch, 2-valve V8) engine, which matches the original specification, despite misleading “302” emblems on the fenders. The car was imported to Poland from the United States in 2011. Back in the US the right-hand side of the car was repaired and its body restored. Black paint colour comes from Ford’s colour range and is called “Vintage Burgundia”. The paintwork itself needs some finishing touches, but given the condition in which it’s been preserved it deserves an overall good score. Main mechanical components, such as automatic gearbox, come with factory badges. Front and rear suspension, steering and brakes are original, with no modifications, after regular maintenance and with replaced consumable parts. Only the air box has been replaced and the wheel hub caps from a newer version have been added. Air condition has also been added, which was offered as an optional extra from the factory in later gen-1 Mustangs. Black vinyl interior trim has been restored in accordance with its code from the nameplate. Driver controls, such as wooden steering wheel, need no maintenance or repairs. The engine delivers power smoothly and ensures trouble-free driving.

The Ford offered by Ardor Auctions is a perfect car not only for aficionados of American motoring, but also for those who are looking their first classic car. Automatic gearbox, power steering and air conditioning are appurtenances that cannot be found in most vehicles from that era. Despite the fact that 501 956 Mustangs coupe standard were produced, their values are constantly on the rise, especially with a “vee-eight” under the bonnet.