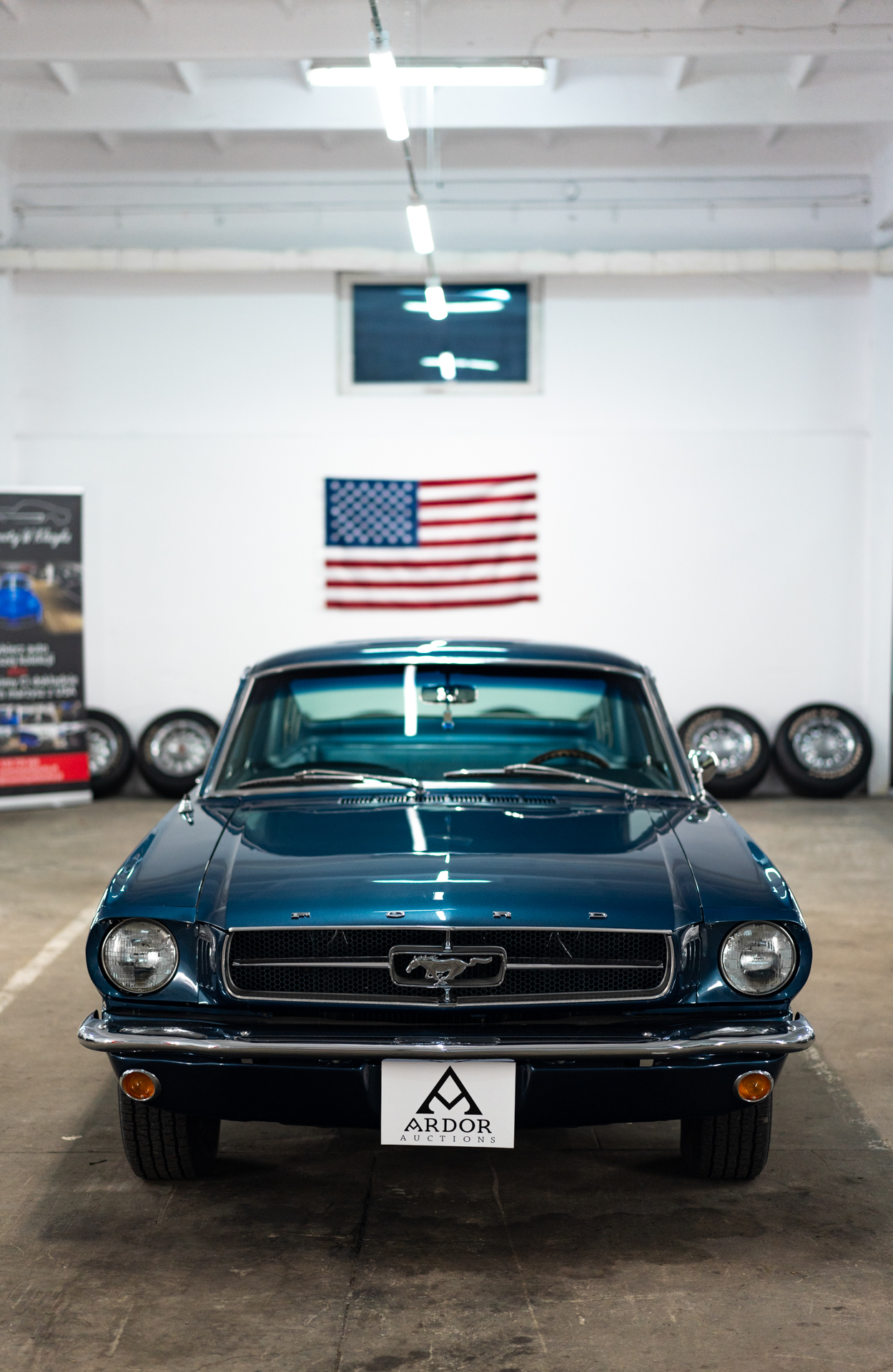 – Car in line with factory specification

– One of the first Fastbacks in history

– The car is in perfect condition

The American automotive industry has one icon – and it is Ford Mustang. The production run of a car based on the compact Ford Falcon started in 1964. A day before its official première on the 16th of April 1964, a special ad campaign was run on TV, which reached the audience of nearly 30 million. Ford also adopted a new sales strategy for this new car. Every showroom had to have at least one Mustang. On the first day of sales, 22,000 orders were placed for the new car, setting new records – to date, no car in history was met with such a great interest. The one millionth Mustang was made just two years later. Several factors contributed to the car’s success. First and foremost, the prospective buyers could choose from three variants – coupe, convertible and fastback, as well as extensive customisation options, thanks to diverse packages and additional accessories. The available engine options included in-line six-cylinder and a V8 model in various configurations, with automatic and manual transmissions. The most powerful variant offered its owners nearly 300 horsepower. A version of the car made by Shelby became a part of the automotive canon –  the GT350 model was a pure-bred and street legal race car with no compromises. Over time, Mustang became a part of popular culture, appearing in hundreds of films and music videos. The legendary Ford car with the characteristic wild horse on its front grille went through many changes, but its legend is still alive – as evidenced by the popularity of the sixth generation of this model.

The Ford Mustang Fastback, also dubbed Mustang 2+2, was characterised by streamlined bodywork, with roof gently transitioning to the back and a panoramic rear window. This Caspian Blue Mustang left the factory on the 11th of January 1965, which makes it one of the first Fastbacks in history. The power generated by the outstanding V8 engine was transferred using a 3-speed automatic transmission. The car was imported to Europe in 2015 and it had only one owner since then, who claims that the car has never failed him, even when he drove it for hundreds of kilometres at a time. We are sure that there are many oldtimers out there that could be jealous of its conditions. The current specification of the car, including the blue vinyl upholstery, is in line with the car’s identification plate. Its authenticity is also confirmed by expert’s opinion, enabling the car to be registered as historic vehicle with “yellow plates”.  The first generation of the Mustang was made until 1973, but the early models enjoy the greatest popularity – particularly the Fastback variants.
[/av_textblock]