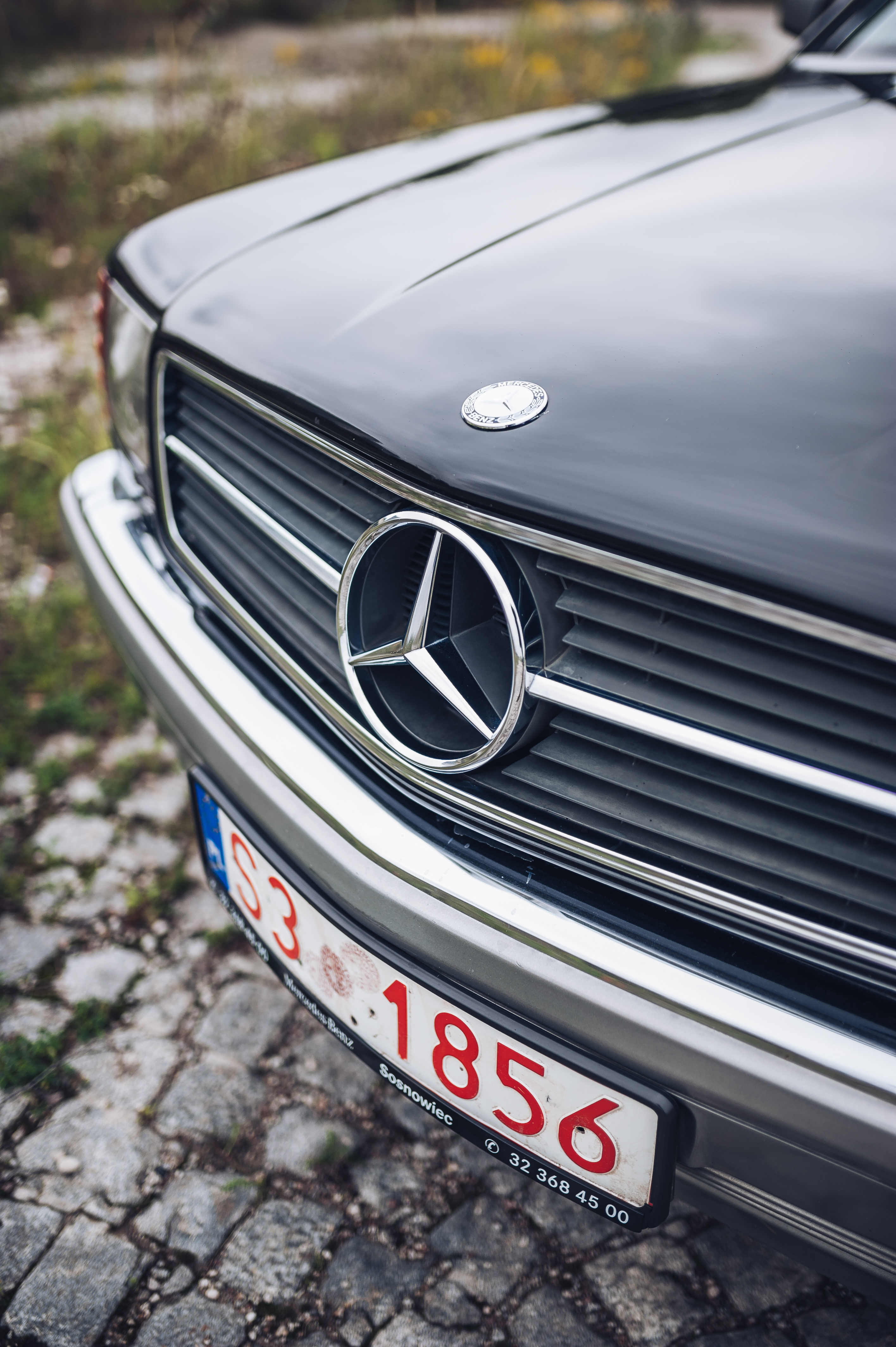 Legal condition: not registered, paid off

The Mercedes W126 was launched at the very end of 1970s as a replacement to the W116 series model. The new “S” class (German for Sonderklasse) was supposed to be a new benchmark in terms of absolute quality made by Stuttgart-based engineers. It featured a design that was radically different to that of its predecessor. Its looks were much more modern and hinted at the new design language of Mercedes line-up for the 1980s. Development of the body alone took no less than 8 years, which resulted in an incredibly low drag coefficient of just Cx=0.37. For a limousine, this was a spectacular result. New braking system and suspension were created with safety in mind. ABS system was fitted as standard. More powerful versions were also equipped with hydro-pneumatic air suspension (Nivo). In 1985, the car was facelifted to keep its looks fresh and attractive.

In 1981 a two-door version was launched, codenamed C126. It was the most luxurious coupe available on the market back then. An incredibly long options list included power windows, power boot lid and power seats. At the beginning of production, customers could choose between two V8 power units. A lesser, 3.8-litre motor developed a little over 200 break horsepower, whereas the 5-litre 500 model was good for 240 break horsepower. After the facelift the car could be powered by one of three engines – 4.2, 5.0 and the most powerful 5.6-litre. Renowned Mercedes tuners such as AMG or Brabus also developed styling packs, which went down in history of 1980s tuning. Wide and aggressive stance of the SEC modified by Koenig studio immediately brings famous “Batmobiles” to mind. Overall a total of 74 060 C126s were made, 28 929 of which were 560 versions powered by the most powerful engine.

The Mercedes 560 SEC offered on the autumn bidding organized by Ardor Auctions, was manufactured in 1987. The car was imported from Tenerife and was driven exclusively there. Thanks to warm climate of the island the vehicle has been preserved in an immaculate condition. Current mileage is 197 000 kilometres. The whole car matches its original specification, it even has an original Becker-branded radio from the period. Despite some of the elements being repainted, which was necessary due to the impact caused by the heavy sunshine, the body looks very good indeed. Left rear fender was repaired, but the car does not need any work at the moment. Paintwork has been protected with a special ceramic coat. The interior is also in great condition, leather pieces of trim were preserved and all carpets were washed. Wood and other trim pieces do not show any signs of wear and tear.

Back in Tenerife, the car was regularly driven and underwent regular maintenance and inspections. Its current owner ensured that mechanically the car is as sound as it is visually. Engine runs smoothly, performance is more than ample, gearbox shifts faultlessly and suspension absorbs bumps nicely. Brakes are immaculate and the tires are also quite fresh too.

The car is ready for trouble-free driving. It has already undergone customs clearance, all legal payments have also been made. New buyer will have to carry the cost of registering the car. This offer is a fantastic chance to purchase a timeless coupe which set new standards in its day and still remains as elegant now as it was back then.