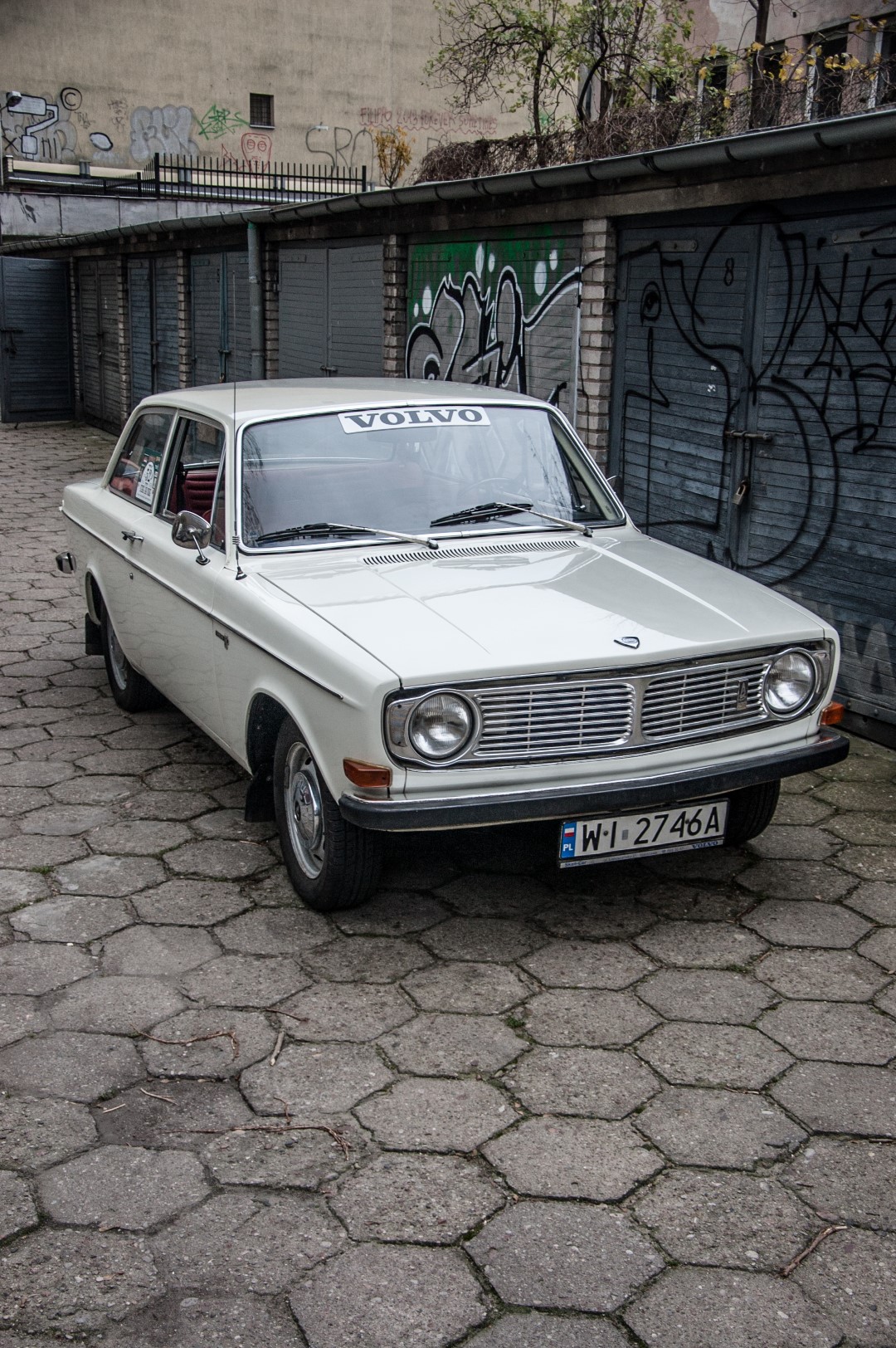 The groundbreaking range of Volvo 140 series was officially unveiled in August 1966. It began a new naming convention of Volvo models – first digit stood for series, second for the number of cylinders, third for the door count. The new car was supposed to be slightly bigger than the Amazon, but no heavier or more expensive. Initially, a 1.8-litre engine known from other Volvos was used as a means of propulsion. In 1969, its modified version codenamed B20 and displacing 1986 cc was introduced. Its power output ranged from 82 to 135 break horsepower depending on the power system: single carburetor, double carburetor or electronic fuel injection by Bosch. In terms of safety, the body featured crumple zones and additional reinforcing to protect passengers in case of a rollover crash. Production of the 140 series was ended in 1974, after 1 200 000 examples rolled off the line. The Volvo listed in the catalogue was purchased from its first owner from Sweden in 2005. Until then it had been serviced only in authorized Volvo dealerships. Having spent some time in Poland the car was repainted, because its original paintwork became bleak and could no longer be preserved. Apart from this, the car underwent no other bodywork repairs. When it comes to mechanical inspections, one should only mention replacing of consumables in accordance with the owner’s manual. No major mechanical issues occurred over the years. The interior is complete and needs no restoration. The car underwent no modifications or conversions; its equipment is limited to the standard offered by Volvo back in the day. Confirmed mileage is currently 280 thousand kilometres, but it has to be stressed that these vehicles could easily cover much longer distances with no issues. The white Volvo 142 from 1969 is an offer for those who are after an unusual classic, which can be appealing thanks to its uncomplicated and inexpensive maintenance or to Volvo connoisseurs, willing to expand their collection with a vehicle maintained in its original condition.