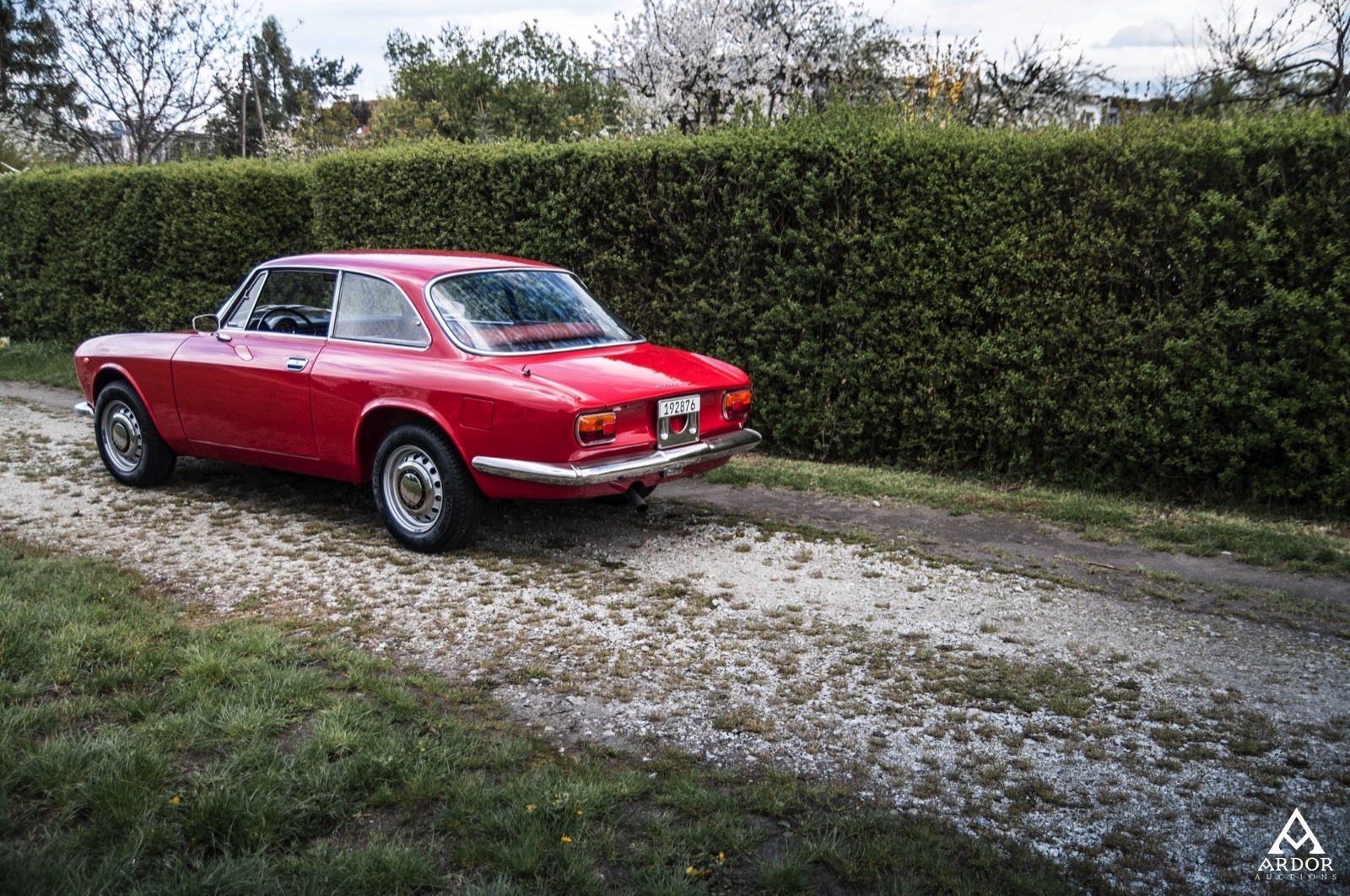 The recipe for the Alfa Romeo GT Junior was extremely simple and effective. Take a relatively powerful engine, put it an attractively styled, lightweight body and garnish it with reasonable price. Combination of those ingredients made this car very popular and made it one of the most appreciated vehicles with Alfa Romeo badge of all time.

The GT Junior went on sale in 1965, but it was based on the Giulia Sprint GT, which had already been on sale for two years by then.

Both of these cars were two-door, four-seat coupes designed by Giorgetto Giugiaro for Bertone design studio. While the Giulia Sprint was powered by engines displacing at least 1.6 litres (more powerful variants, such as 1750 GT Veloce or 2000 GT Veloce were also offered), the GT Junior was a base model. Initially, it was powered by a 1290 cc engine. It was targeted at those who wanted to drive a car that was attractive and handled well, but was less expensive than the Giulia at the same time. Affordable price was achieved by using a smaller and less powerful engine (stringent Italian tax regulations favoured smaller-displacement engines at the time).

The engine only developed 90 BHP (by comparison, Giulia’s engine produced at least 108 BHP), but it was enough to keep the performance at a decent level, given the displacement and power output. Acceleration from 0 to 100 km/h was dealt with in 12.6 seconds. Those who had the chance to drive the GT Junior, praised the noticeable jump in performance above 4000 rpm.

The interior of the GT Junior was much simpler than that of the Giulia Sprint. It also had a different grille with a single horizontal slat.

During its lifetime, the GT Junior underwent several overhauls. From 1967 it was fitted with power-assisted brakes as standard. A year later, when the Giulia sprint was replaced by the 1750 GTV, its younger brother was also thoroughly refreshed. Instrument cluster was changed, suspension has been refined and bigger wheels became available.

In 1970 the front of the car was mildly redesigned. Horizontal slat was dropped.

Alfa Romeo GT Junior featured at the Rozalin 2016 auction rolled off the assembly line in 1970 and spent first 40 years of its life near the city of Naples (Napoli) in Italy. Back there it underwent a thorough and meticulous restoration carried out by its previous owner, a dedicated enthusiast of classic motoring. After that, the car was taken on a 400-kilometer drive on winding, Italian roads, which was a brilliant way of testing its state of repair and a treat for its current owner, who sat behind the wheel. It was a rare opportunity to experience all the virtues and the charisma of this lightweight Italian coupe. After passing the test with flying colours, it was imported to Poland.

Restoration carried out by the Italian classic car aficionado included both mechanical and aesthetic side of the car. Its body had been repainted, interior – refurbished. Engine and suspension work just as well as on the day the car left the factory. This Alfa Romeo is a perfect proposition for those who are after a small, nimble two-door sports car, ready for the classic car season. It is prepared to be registered in Poland, either as a regular car or as a classic vehicle.