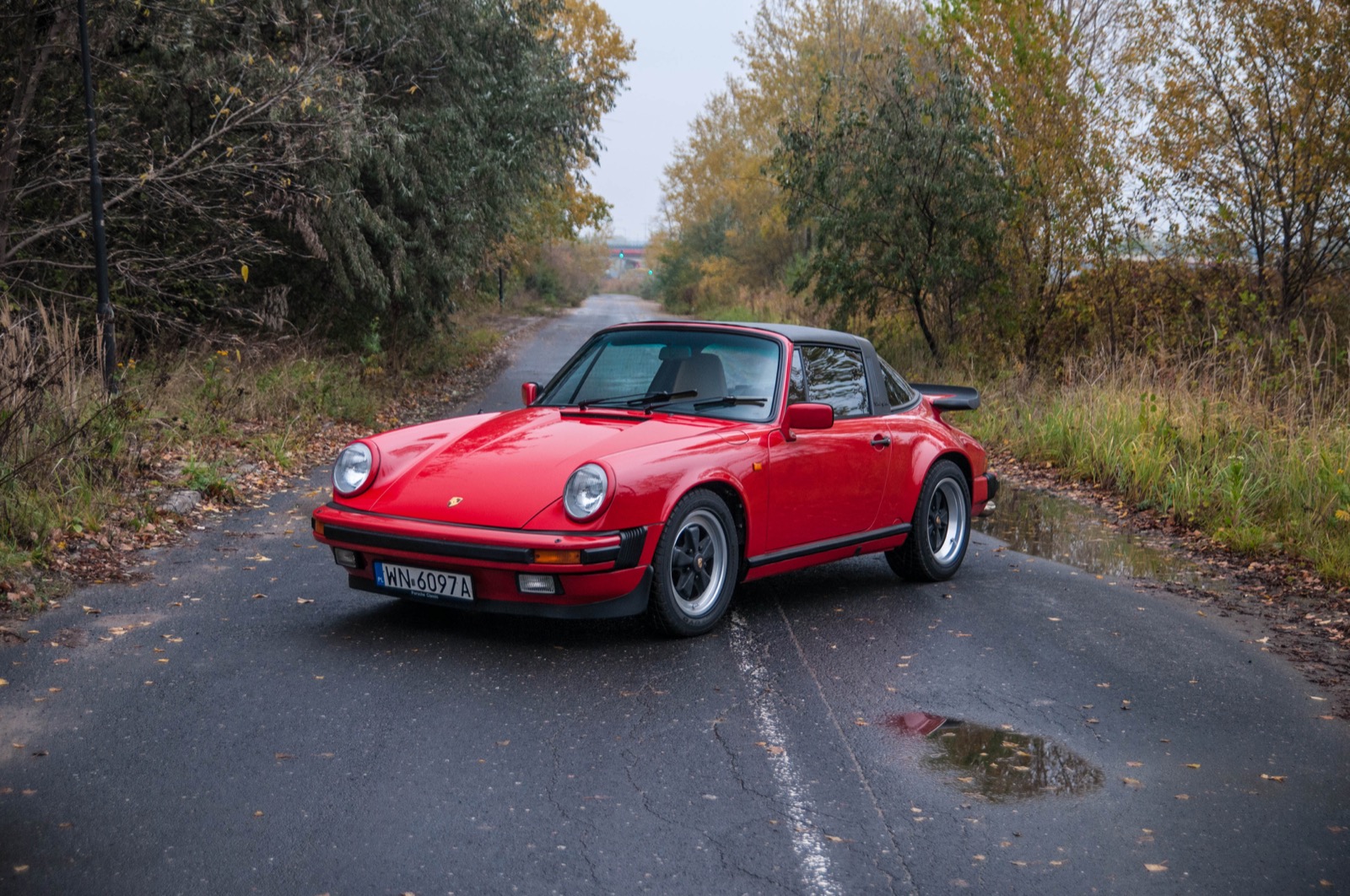 The 1980s Porsche 911 was theoretically still the first generation model. However, it was gradually modernised and improved over time since its debut. The 3.2 version launched in 1984 was the last one available before it was replaced by a whole new 964 model. Its styling was refreshed, suspension redesigned and brakes revamped. The biggest changes were made under the bonnet. The three-litre, six-cylinder engine from the SC version was replaced by a larger unit. 80 per cent of the components of the 3.2-litre engine were completely new. It had a crankshaft from the Turbo model, higher compression ratio and a brand new exhaust system.

The aforementioned modifications resulted in peak power of 210 BHP in the US version and 234 BHP in versions destined for other markets. According to the official manufacturer specification the more powerful model could accelerate from 0 to 100 km/h in 6.1 seconds, but many journalists managed to beat that time by nearly a second during independent tests.

Power was channelled to the rear wheels via a manual gearbox. In 1987 a new, improved five-speed G50 gearbox made by Getrag was introduced. The 3.2 model was available in one of three body styles – coupe, convertible and targa.

The targa is supposed to combine advantages of a car with a folding roof with benefits of a fixed hardtop – like for instance better torsional rigidity or higher safety level. A total of 18 468 examples of the Targa version were manufactured between 1984 and 1989. 3.2 models from late 1980s are widely regarded as the best iteration of the first generation 911, combining the classic Porsche feel with everyday usability.

The Porsche 911 3.2 Targa offered on the Winter Auction is a version manufactured during the last months of production before its successor, the 964, had been introduced. It left the factory with a red paintwork and beige interior trim. It was specified by its original owner with a factory rear and front spoilers from the 930 Turbo model, option codenamed M473 according to the 1989 Porsche catalogue. Naturally, the Targa is fitted with the G50 transmission made by Getrag.

Originally destined for the American market, the car had a collision in the USA, during which its front right wing, front bumper and front luggage compartment were damaged. The vehicle was professionally repaired – the aforementioned parts were replaced, the whole front was repainted. From the A pillar to the rear bumper though, the paintwork is still original.

As of today, the Targa is registered in Poland and it underwent a couple of mechanical tweaks. Their aim was to create a reliable car, which can be enjoyed regardless of the season. The engine was retuned, clutch replaced, gearbox rebuilt from the ground up. New Toyo R1R tyres were fitted, together with upgraded brakes which were also recalibrated. Complete exhaust system was swapped for a SSI Dansk set, which suits the 3.2-litre engine really well. From the aesthetical point of view, original US-spec bumpers were replaced with ones from the European version. On the inside, the original steering wheel was replaced with a Momo Prototipo wheel. The Porsche GPS radio unit present on the photographs is not sold together with the car, it will be replaced with a classic Porsche stereo.

Judging by prices of classic 911s, the 3.2 Targa in question is not only a fantastic car to drive daily, but it might also turn out to be a viable investment, for it’s a car from the final production run of this body type featuring a rare colour combination and equipment.
[/av_textblock]