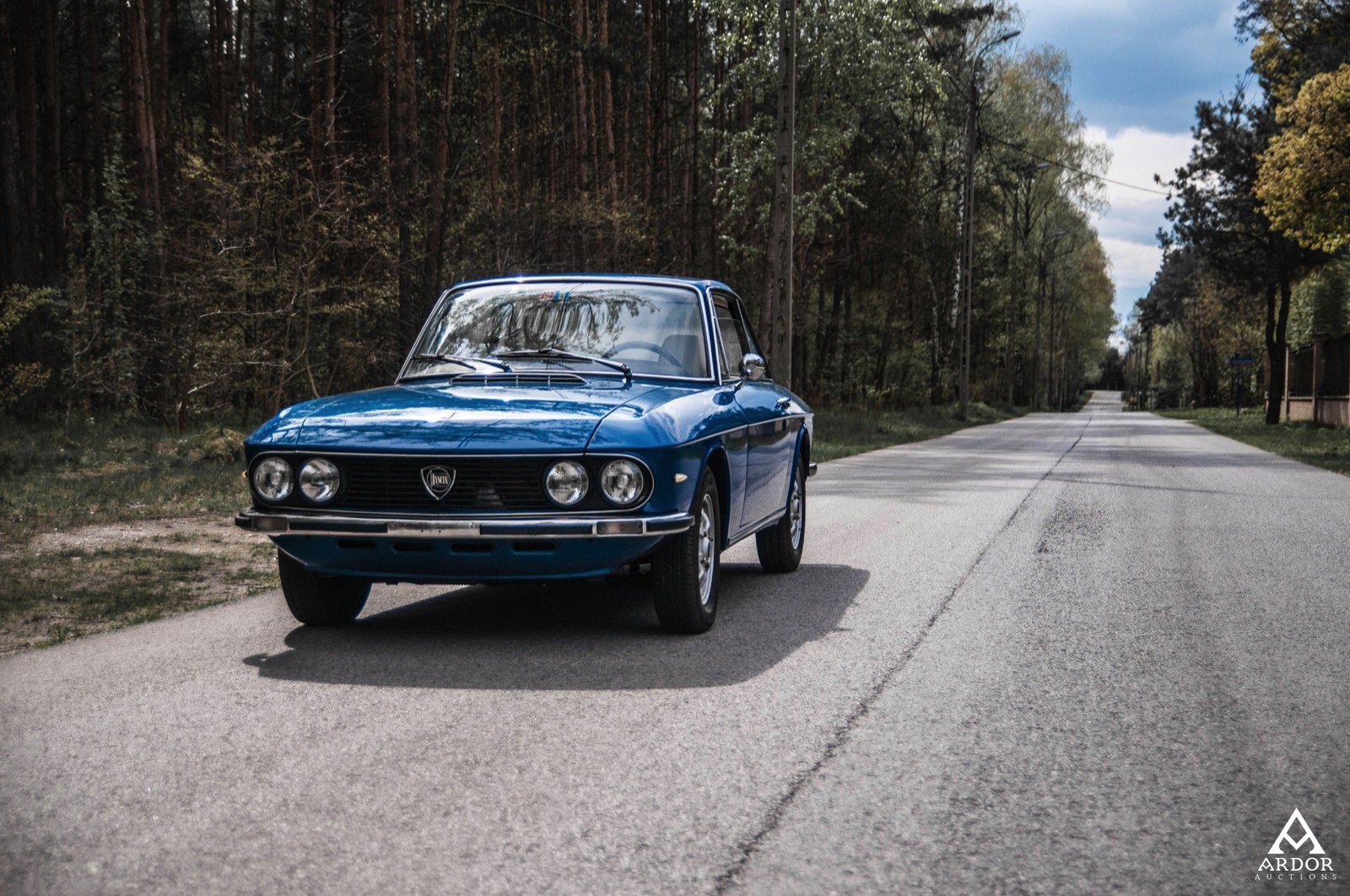 The Lancia Fulvia is deemed one of the most beautiful cars of the 1960s. It won numerous motorsport trophies, which placed it the hall of fame among all the other great Italian cars from this period. It was first unveiled at the 1963 Geneva Motor Show. This front-wheel drive, mid-sized saloon replaced the rear-wheel drive Appia model, which became outdated due to its 1950’s styling. At first the Fulvia was only available as a four-door saloon, called Berlina. Styling was signed off by Piero Castagnero. Under the bonnet there was an unusual V4 engine. Initially it displaced 1199 cubic centimetres, but the Italians kept enlarging it – first to 1216 cc, then to 1231 cc and eventually to 1298 cc. Power output varied from 58 till 92 BHP in sport trims. Limited Rallye version was powered by a 1.6-litre engine, producing from 115 to 132 BHP. In 1965 the Fulvia range was joined by a coupe version. Compared to the saloon, it was styled differently and had a shorter wheelbase. The same year marked the introduction of the Sport version, designed and manufactured by the legendary company Zagato. It was based on the Coupe version, but had a much more aggressive and aerodynamic styling. In 1969, the saloon version was updated. A year later, coupe and Sport versions underwent a makeover, too. Facelifted cars are known as Series II. Apart from minor styling tweaks, the car was fitted with a five-speed gearbox, which replaced a four-speed unit. It was with the Fulvia that Lancia went officially back into racing after its withdrawal from Formula 1 in 1955. This time the effort of the Italian company was focused on rallying. Rally versions of Fulvia laid the foundations for Lancia’s winning streak in rallying, i. a. by winning the Constructor’s title in the International Championship for Manufacturers in 1972.
Lancia Fulvia was produced until 1976 and was replaced by the Beta. Total production volume for the Berlina and coupe versions is 183 000 (Series I) and 153 000 (Series II) examples. The rarest variety is the Sport – just 7300 examples were made, 3901 of which are Series I cars and 3399 – Series II.

Lancia Fulvia offered at the Rozalin 2016 auction has left the factory in 1975 and was originally ordered by a customer in Switzerland. It was then exported to Germany. In 2009 it was brought to Poland, where it underwent a thorough restoration. Despite this, it retained its fully original specification. This car comes in a very interesting and desirable colour combination, with blue paintwork and beige interior. In 2009 its paintwork was refurbished, some minor repairs were done to the underbody as well. Mechanics of the car were restored using genuine, stock parts in the following year. On the inside, its upholstery was also restored. Things like dashboard or wooden bits didn’t need repairing or replacing, which is rare for a Fulvia and makes its collector value even greater. Most of the chrome-coated bits of the body have been preserved in original shape. The Fulvia is ready for driving and can be registered as either a normal passenger car or a classic vehicle. A couple of things need to be looked at: original headliner should be cleaned, clear-coat would benefit from being polished and windscreen could be replaced as it has a couple of stone chips. At the moment, Lancia Fulvia is a fairly affordable classic car, but its value is highly likely to rise soon. On top of that, it could easily be used as a daily driver.
[/av_textblock]