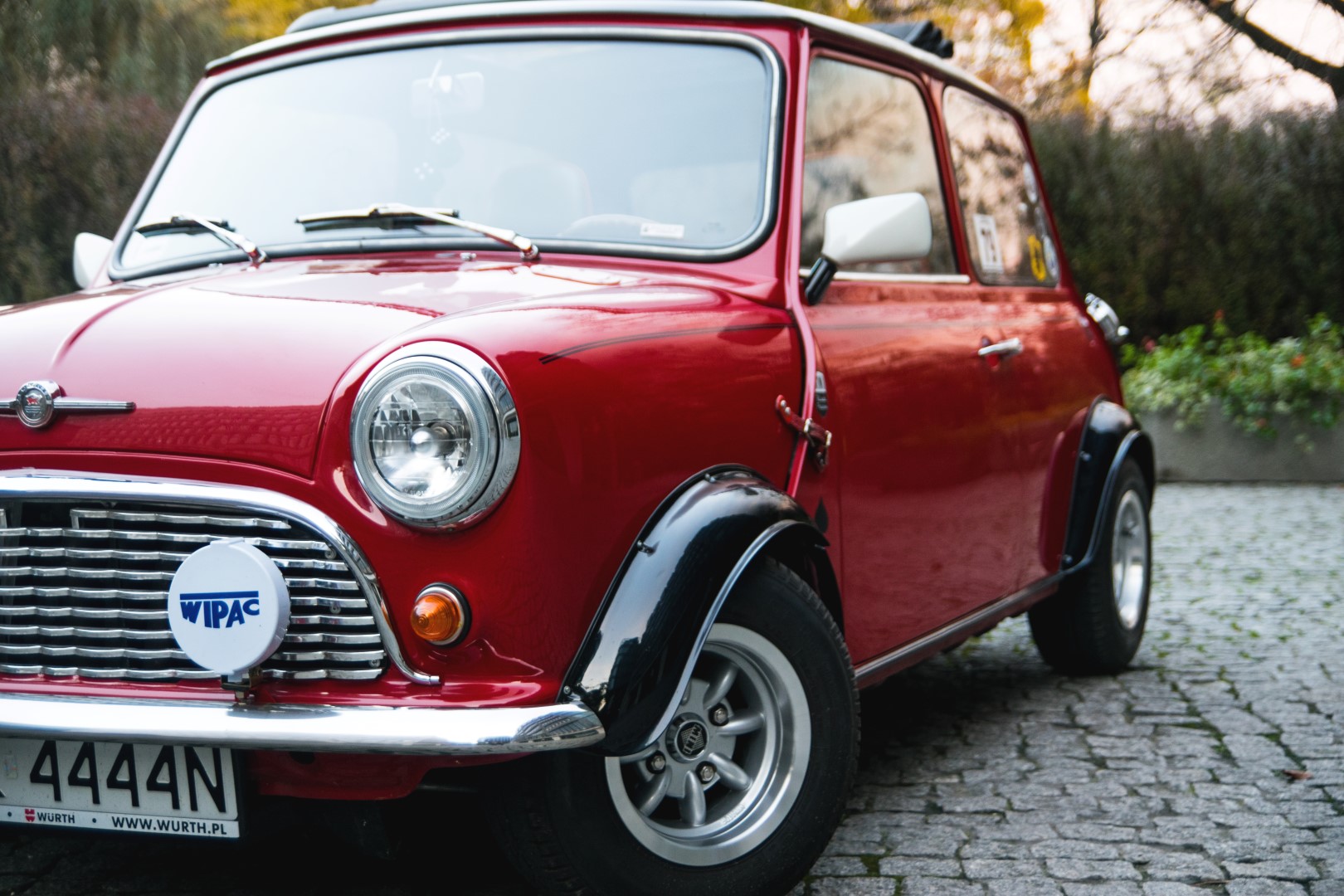 From the very beginning of its production, the Mini was an unquestionable success. The reason why it was created in the first place was the oil crisis posing a threat to post-war Europe. Development began in 1956 as a response to the works of other European manufacturers who came up with small and fuel-efficient vehicles. Its job was to help many Britons squeeze through the narrow streets of congested London. While it was at it, every onlooker could enjoy its charming looks whenever it drove by. The Mini came second in an international poll to pick the “Car of the 20th Century”, being beaten only by the Ford Model T. The car offered by Ardor Auctions left the factory in 1991 as the original Mini Cooper equipped with a 1275 cc engine. It was previously driven in Germany and was imported to Poland afterwards. Its new owner decided to take on the challenge of creating a car with a true split personality. On the one hand, it was supposed to provide immense thrill of driving, but remain most of its classic character on the other. In December 2008, it was disassembled to the last nut and bolt. The bodywork was sandblasted from the bottom and ground on the outside. Door sills were replaced and floor repaired in the process. All metal body parts were protected against rust and covered with blood red paint. In the meantime, a replica of the front fascia was made out of fiberglass of much better quality than parts that can be bought off the shelf. Floor in the cockpit was padded with soundproofing material and carpeted. The owner also fitted the car with seats sourced from the Porsche 924. All parts were perfectly matched color-wise. When it comes to the powerplant, the owner went for a unit sourced from a Honda Concerto, codenamed D15B2. Before it was mounted, it was thoroughly revised, including refurbishing of the cylinder head. Because of the large scope of modifications, the suspension was modified taking planned performance increase into account. One of the most attractive extras is surely the electric sunshine roof, the Webasto Holandia 400, widely regarded as the best choice for classic Minis. The mean looking black flared wheel arches and 10-inch wheels shod in brand new Yokohama tires are nice finishing touches to the whole package. The Mini Cooper powered by a Honda engine is an extraordinary vehicle. For the first time, Ardor Auctions will offer a car from the “restomod” category. The attention to detail and quality of this build make it a true collector item, despite the fact that the main purpose of this project was sheer driving pleasure. Although the conversion was rather complex, the car still retains its classic character. An attempt to build a car like this from scratch would definitely cost more than the estimated value of this vehicle. One could therefore call it a true bargain.
[/av_textblock]
[/av_two_third]