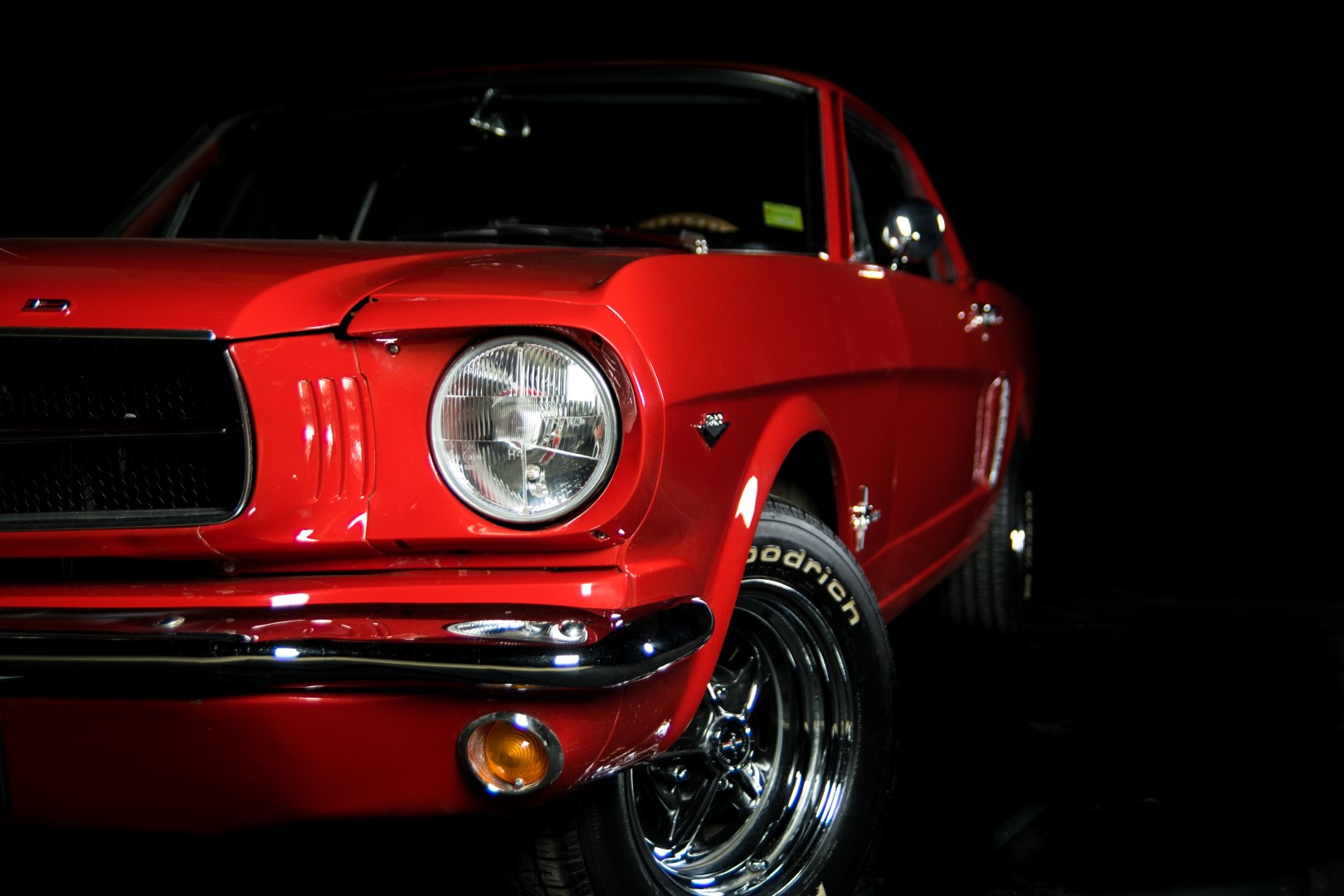 The Ford Mustang is an absolute icon of American motoring. It went into production in 1964 and was based on another model from Ford’s lineup – the compact Falcon. On April 16th in 1964, the day before official launch, a special advertising clip was broadcasted in nationwide television. It reached almost 30 million viewers. On the first day of sales, customers ordered 22 thousand Mustang, which was an absolute record at the time. The Mustang offered by Ardor Auctions left the factory in the United States in 1965 as a black two-door equipped with the least powerful, straight-six engine displacing 3.3 litres. It was imported to Poland 3 years. Because of mediocre condition (photographs are available), its new owner decided to have a thorough restoration performed. The bodywork was disassembled and all metalwork repaired, with special attention paid to underbody panels, which are typical trouble spots. After all works were done, the bodywork was repainted in deep, bloody red colour. That said, the owner made sure that as many original components as possible were kept, such as bumpers for example, but numerous gallantry parts or bits of interior trim had to be purchased on the aftermarket. Original six-cylinder engine was weak and did not match the character of an American legend, so it was replaced with a rebuilt V8 engine displacing 289 cubic inches. Exhaust system, fuel tank and wheels with tires are brand new. After a year from completing the restoration the Mustang has a rather good presence. During that time, driver’s door was slightly damaged and had to be repainted. Engine runs smoothly, gearbox shifts nicely and the exhaust makes a pleasant, deep gargling noise of a powerful V8. The Mustang was a mass-produced vehicle, so there are still many vehicles for sale, also in Poland. However, a car at this kind of price after a thorough restoration with an 8-cylinder engine is difficult to find. With that in mind, the car offered by Ardor Auctions looks like a true bargain.
[/av_textblock]