Next to the legendary Vespa, the Lambretta is one of the most iconic scooters. Made by a company called Innocenti it was a response to the demand of the people of Italy, who needed an inexpensive means of personal transport. History of the Lambretta dates back to the year1947, when the so called „model A” was unveiled. The scooter was very easy to maintain and use; its moderate size meant it didn’t require large garage space.

These unique motorcycles became even more popular when in 1949 a lightly modified Lambretta beat no less than 13 long-distance speed records. Already in 1950 Innocenti achieved a remarkable production volume of 300 units per day. In the meantime, new C and LC models with a pipe frame were created. However, they bore no resemblance to the streamlined body shape, which we associate with Lambrettas. Scooters, as opposed to motorcycles, had engines mounted under the seat and in front of the rear wheel, which was beneficial for the weight distribution. Power was channelled to the rear wheel via a shaft with its cover incorporated in the swing arm. Year 1951 marked another spectacular success of the model. The Lambretta with its streamlined body cover, equipped with a 125 cc engine achieved a whopping speed of 195 kph in the hands of Romollo Ferri. The Ld series was introduced in 1954 as a replacement to the Lc model. Overall Innocenti made 113 853 examples of the 150 Ld

This particular Lambretta offered by Ardor Auctions is an exceptionally pretty example. It was purchased in 1959 in the Polish city of Krosno, which is proven by the paperwork attached to it. Since then the two-wheeled machine went from one owner to another, theoretically constantly being used. It wasn’t until the early 2000s that it was deregistered and completely restored. Its owner decided to have the restoration done in accordance with its original specification. The work performed on metal- and paintwork make the scooter incredibly attractive visually. Some trim elements were left untouched, such as levers or instrument panel, which proves the authenticity and long history of the Lambretta. After a couple of years of sitting, the scooter underwent a thorough service to get it back to an operable condition. The vehicle comes with a complete set of documents and a proof of ownership continuity. It can be registered with regular, non-vintage white number plates and enjoy it on a daily basis. Each ride will be a time travel back to the 1950s, when motorcycles had to be not only practical, but pretty as well. 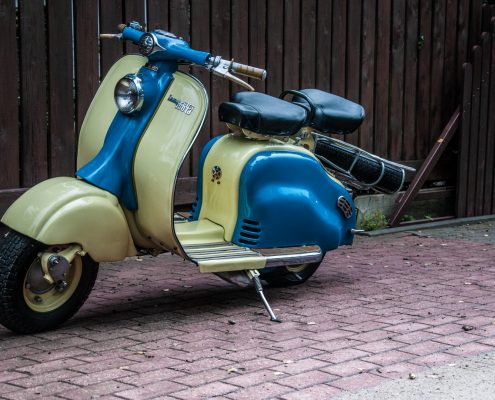 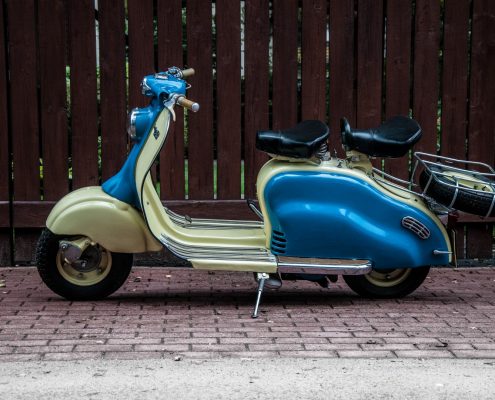 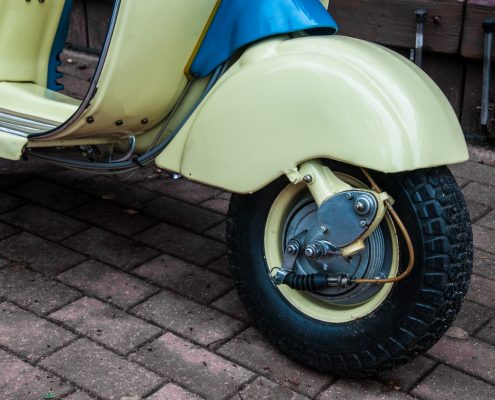 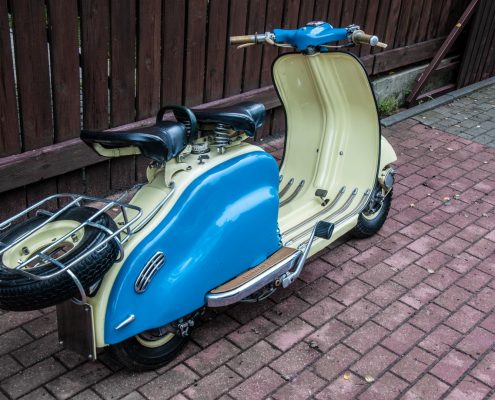 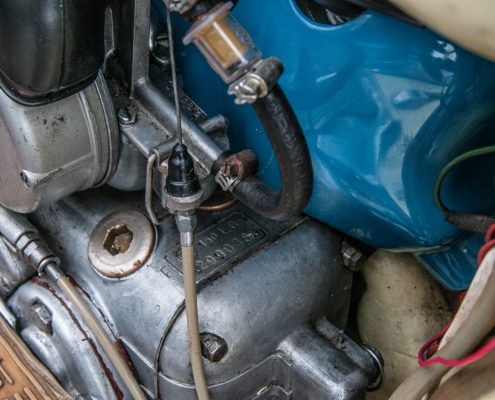 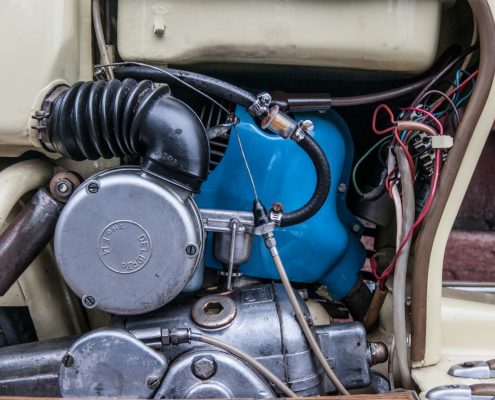 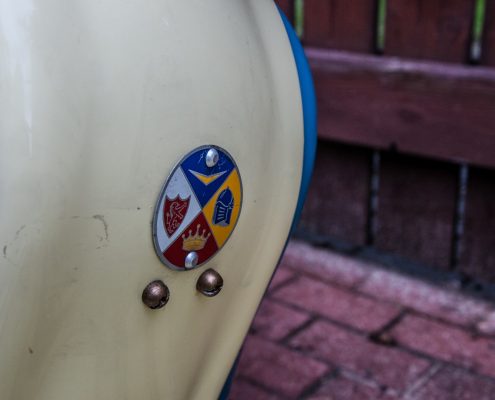 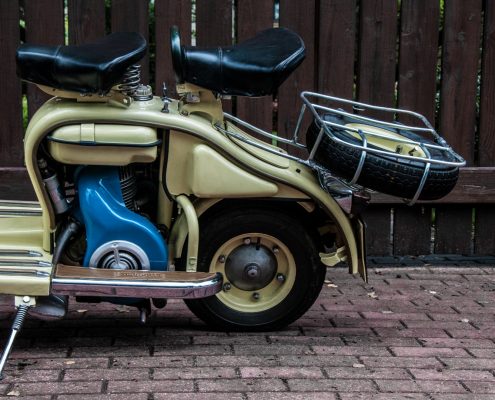 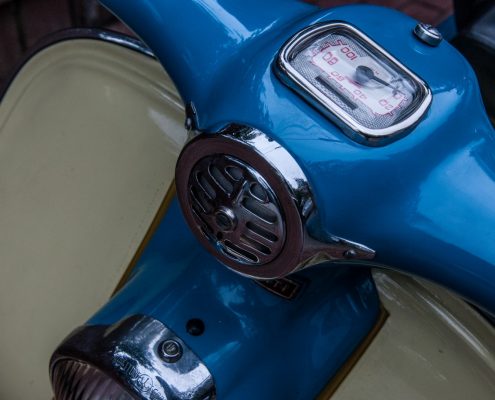 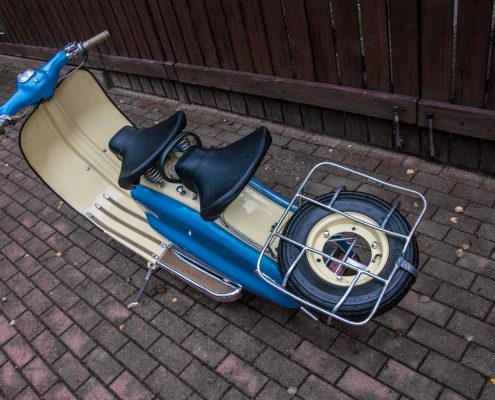 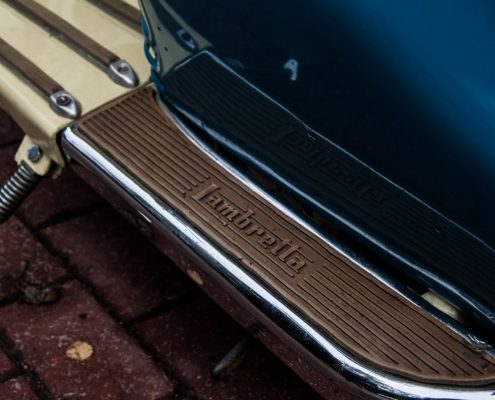 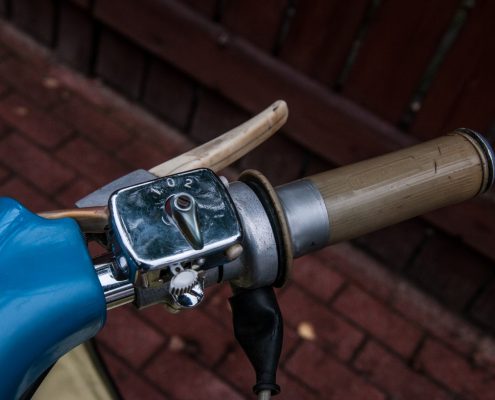 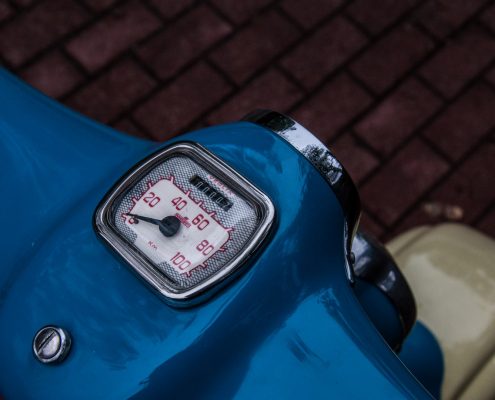 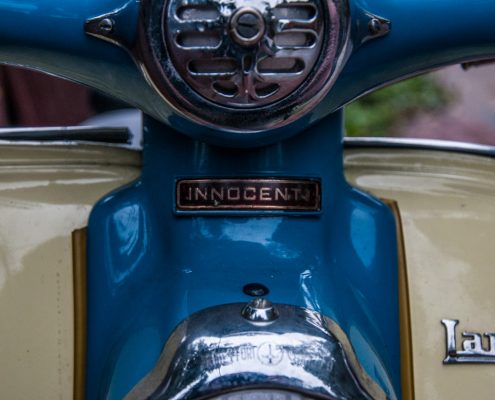 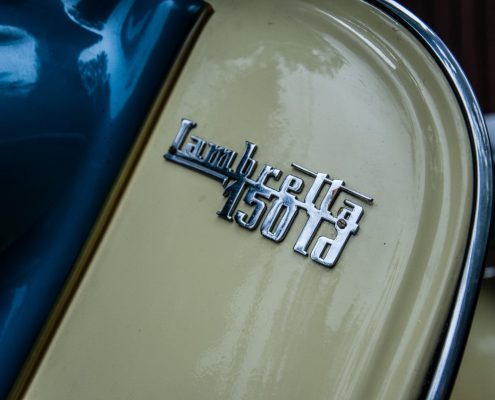 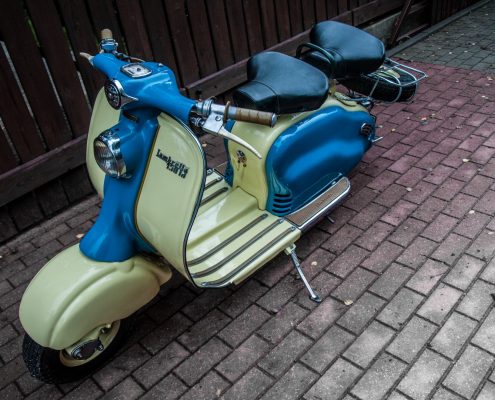