The Honda CRX was first unveiled in 1983. It went on sale at the time of the second oil crisis, which forced car manufacturers to offer smaller and more fuel-efficient vehicles. The Japanese managed to combine sporty silhouette, satisfying performance and low fuel consumption. Already the first generation of the little Honda, nicknamed the ‘Ballade’, was highly appreciated among car enthusiasts. Its legend was cemented by the second generation CRX, often referred to as the ‘Cyber’. The car is based on the Civic IV platform, but it is distinguished by its long doors, subtle dishes on the bonnet, sloping roofline and the cut-off rear section. Its interior is cold and spartan for want of a better word. Creature comforts? Almost none. CRX’s biggest asset however is its low weight and relatively powerful engines. Nearly all of them are surprisingly sprightly and the most powerful unit fitted with variable valve timing is good for 0-100 kph in under 7 seconds and a top speed of over 200 kph. The speed was a blessing and a curse of the CRX. On slippery surface, the agile CRX can be tricky to handle and in the hands of an unexperienced driver it can get out of control. Many examples were crashed, and it is difficult to find a well preserved example in factory specification. Especially as it was often bought by notorious tuning fans.

The CRX offered here was originally sold on the German market. According to its previous owner, it previously belonged to a Honda dealership in Germany who kept it as a demo car and then sporadically used it on the road. After that, the car was brought to Poland where it had two owners apart from the importer. Both kept the car in its original state and all modifications were made using original parts in a way that allowed one to bring the car back to its original specification. Interior is preserved in a state that matches its mileage of just 120 thousand kilometres. The car was kept in a garage and was not driven at all during winter. For the last couple of years, it covered just a couple of hundred kilometres every year, but despite this it was regularly serviced and maintained. Bodywork was repainted in a couple of spots to repair some minor damages. Recently the car underwent a detailing on both inside and outside at a renowned Warsaw-based company. It was featured in a number of press articles and TV shows, which proves that it’s extremely difficult to find a CRX in such a good state of repair.

The little Honda is agile, nimble and a little bit raw, but it can punch well above its weight in terms of sheer driving involvement. It is a perfect choice as a reliable and fuss-free modern classic, perfectly suited for driving in the city – its natural habitat. 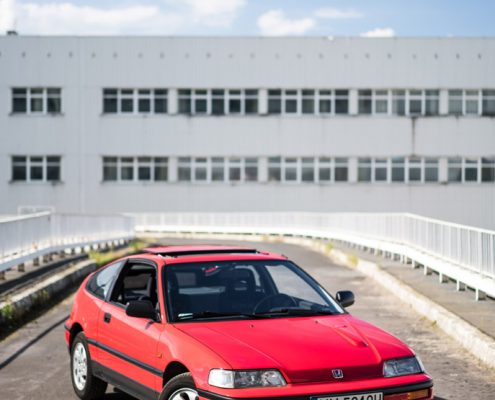 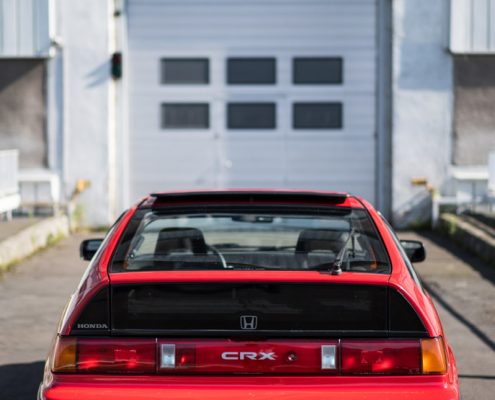 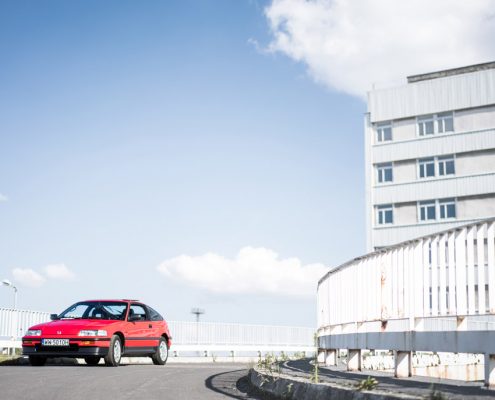 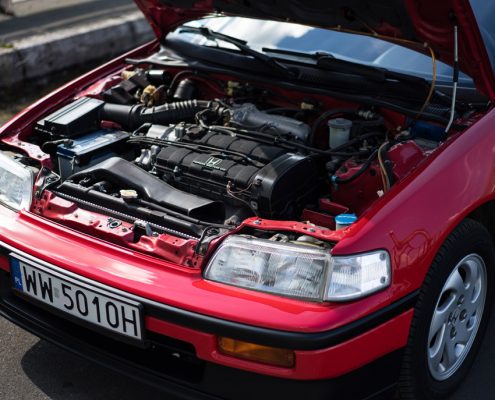 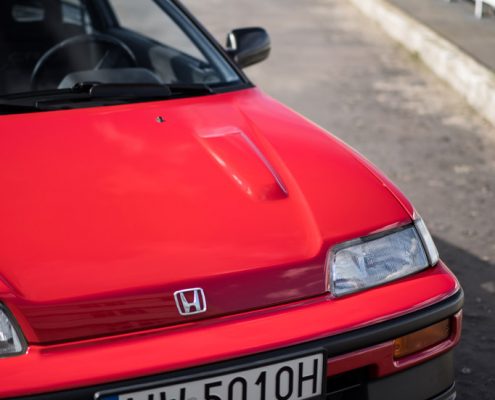 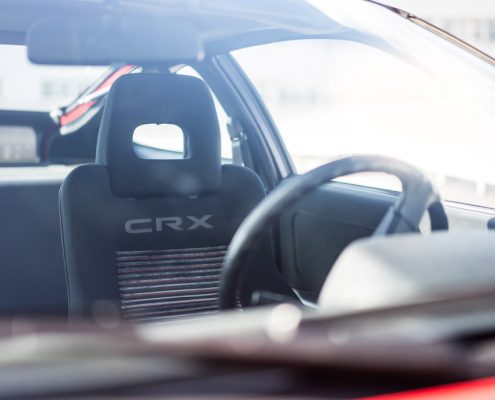 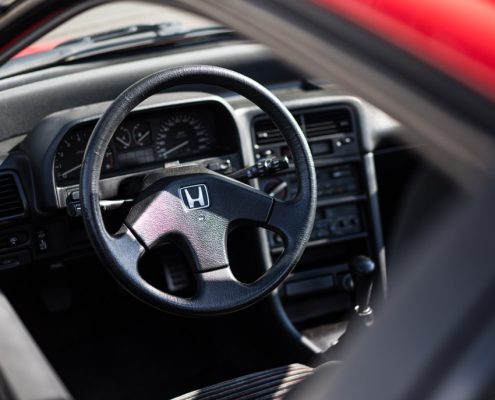 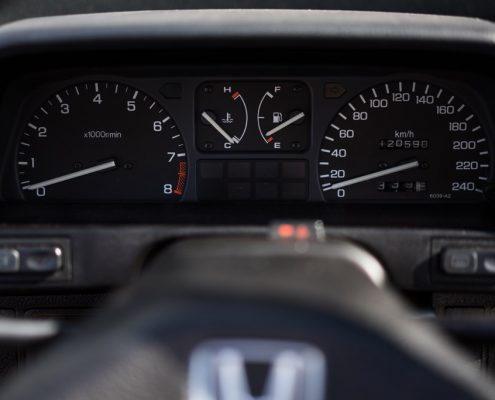 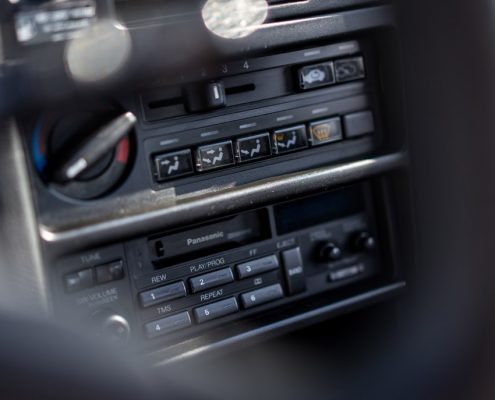 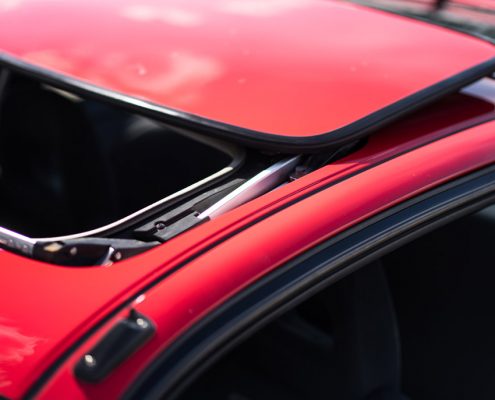 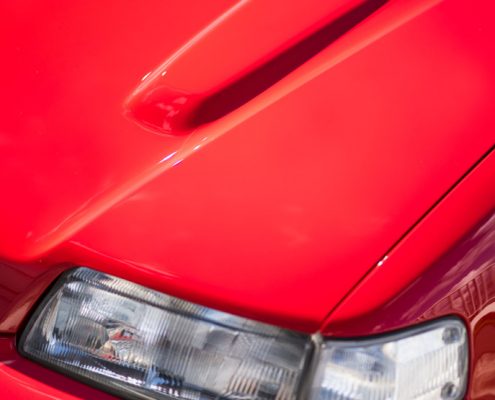 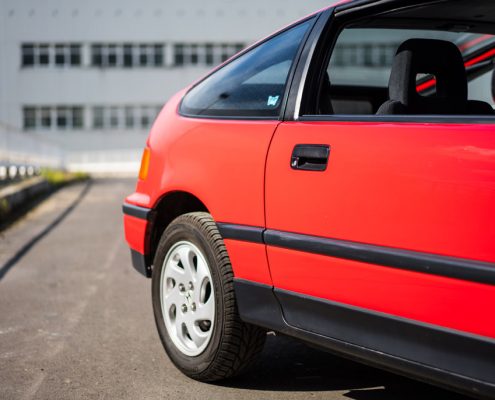 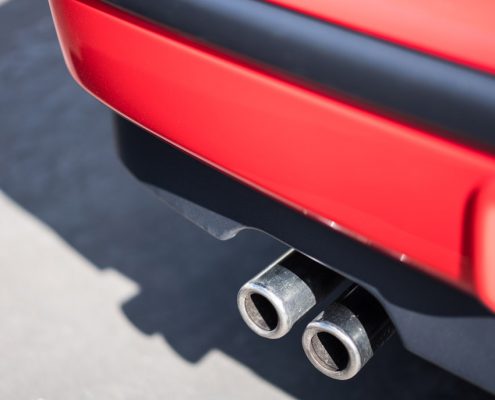 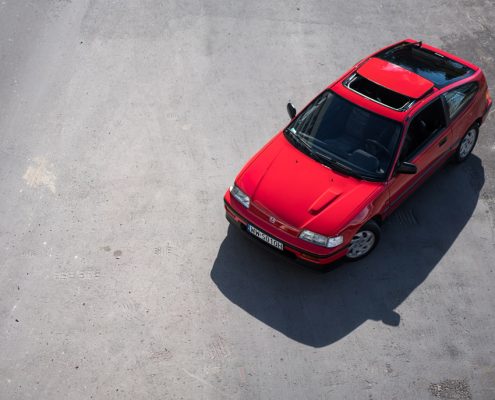