The Cortina was developed by Ford’s British division. It was launched in 1962 and during four years of production more than 900 thousand examples were made, which is a hard evidence of its popularity. It was offered in three body styles, as a two- or four-door sedan or a spacious estate. Basic engine range was limited to two units – 1200 and 1500, developing 49 and 60 break horsepower respectively. More sporty drivers could choose a more powerful 1.5 GT version developing a mighty 78 break horsepower. In a car weighing just 800 kilograms, this unit was enough to deliver brisk performance. The true range topper was a version developed by Lotus. It was especially popular among British car lovers. Lotus decided to mate Cortina’s body with Elan’s engine. The motor displacing 1600 cc developed 106 break horsepower and was coupled to a close-ratio gearbox. It accelerated from standstill to 100 km/h in less than 10 seconds and did 170 km/h flat out.

The green Cortina offered at the December auction has been in Poland since new. Its first owner conducted a special “car journal” since June 1965, when the car only had 175 kilometres on the clock. Thanks to it, one can easily trace the annual mileage, average fuel consumption or prices of petrol from the period. Apart from that, some bills and invoices of repairs from the past have been preserved. Such comprehensive service record is a true rarity for classic car collectors. A couple of years ago the Ford underwent a complex restoration. First of all, the bodywork was repaired and repainted. Overall quality of work is rather good. All repairs were carried out using original parts. Interior is mostly preserved in original condition. Generally, the car looks very cohesive and clean. Svelte shape of the small sedan looks attractive combined with bright green colour. Attractive taillights, the distinctive feature of this model, give the car a special charm.
The 1965 Ford Cortina is a true rarity on the road these days. Ardor Auctions offers a unique opportunity to purchase and extraordinary classic for a very reasonable price, which, in terms of looks, is an easy match to its more expensive competition. 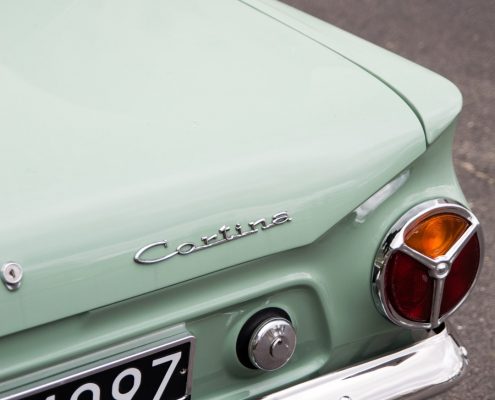 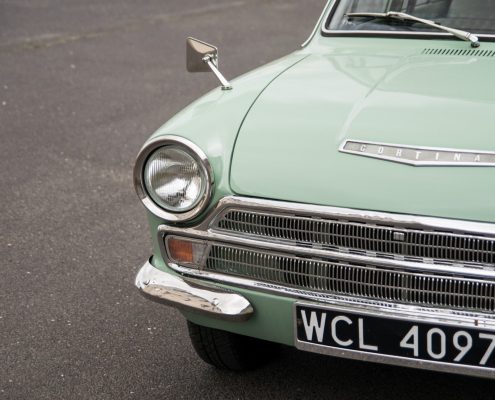 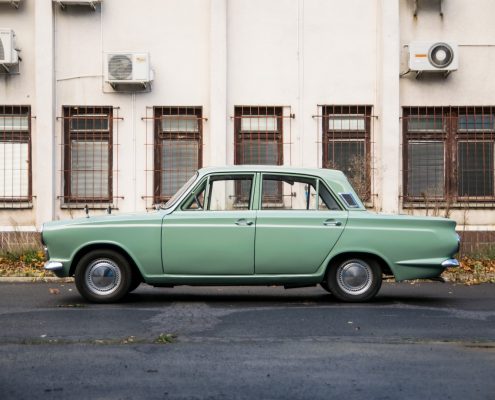 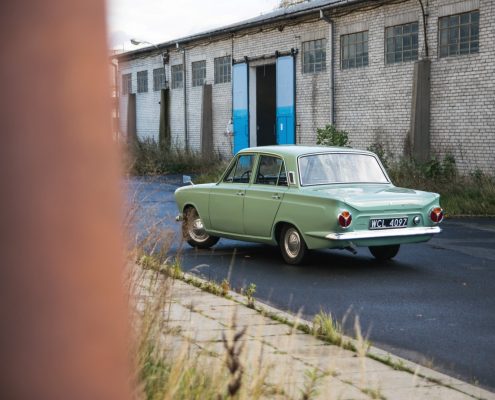 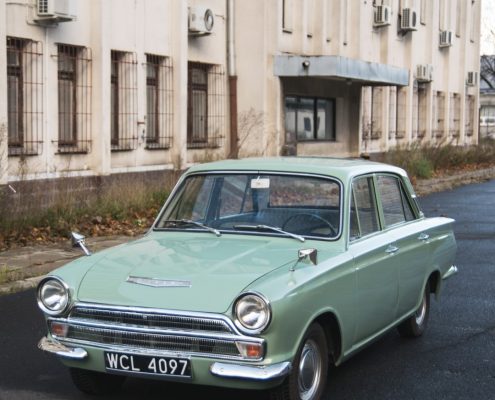 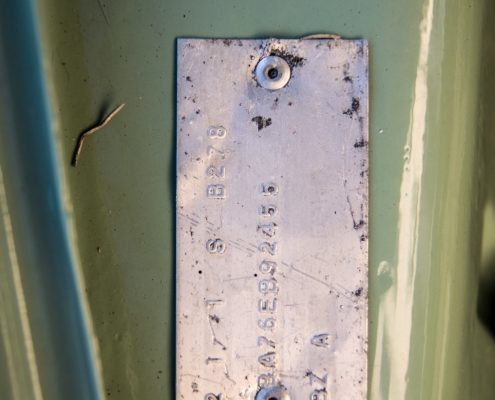 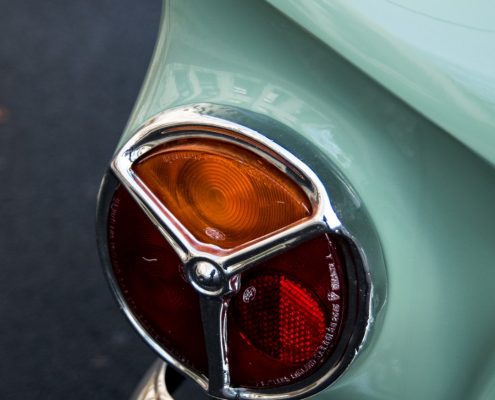 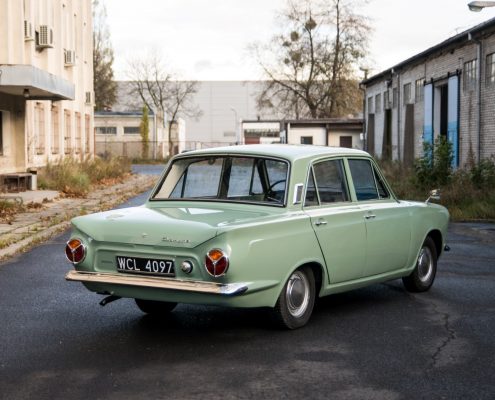 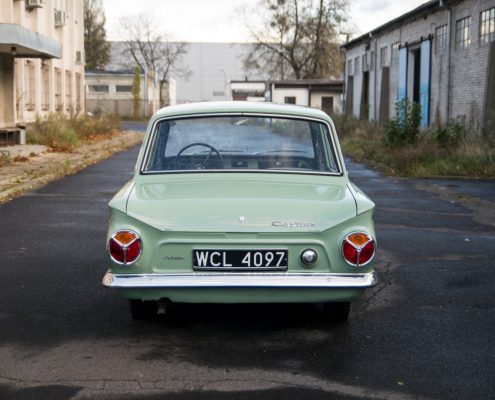 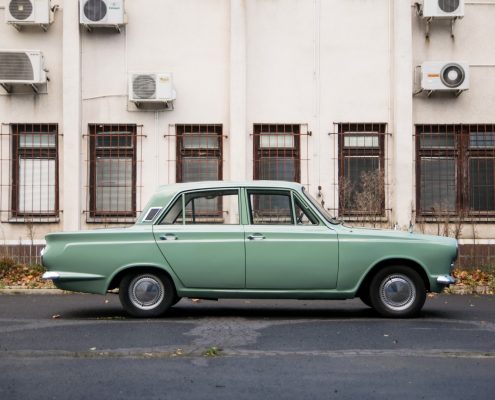 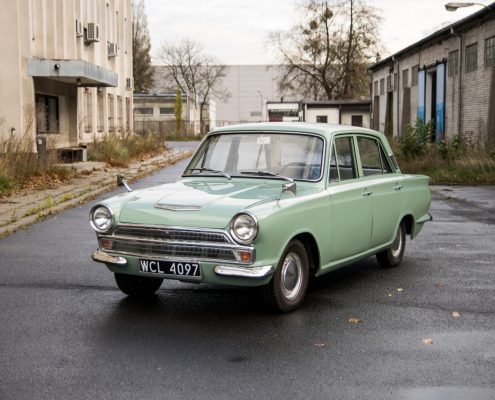 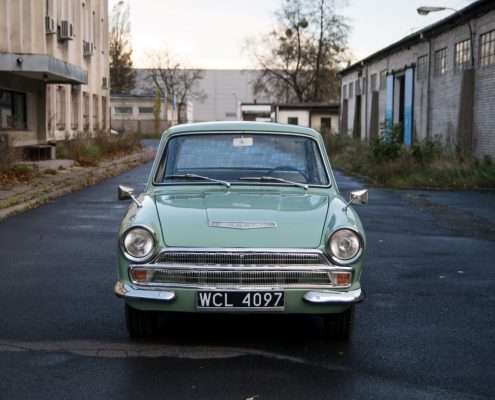 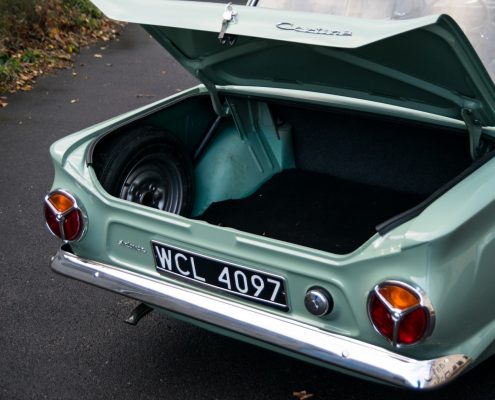 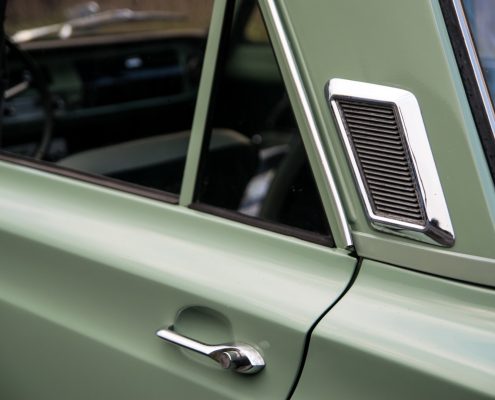 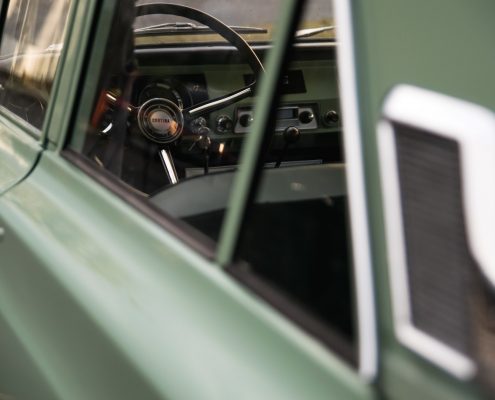 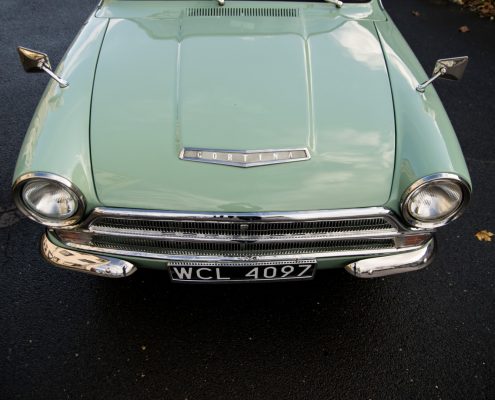 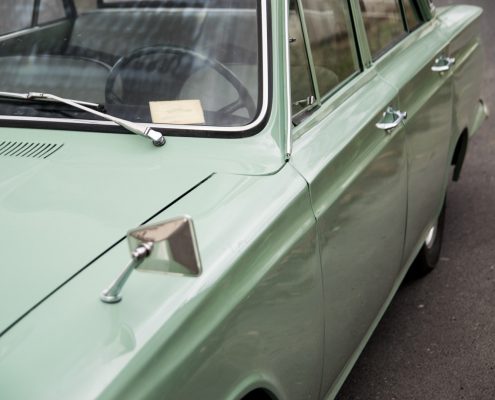 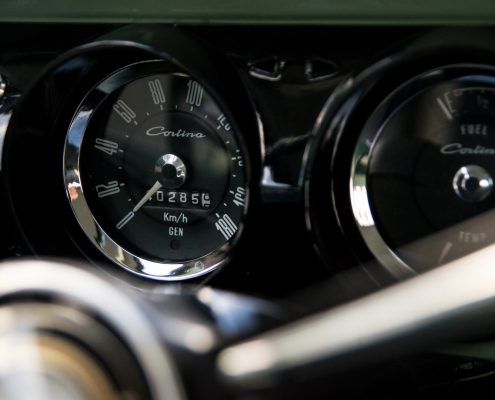 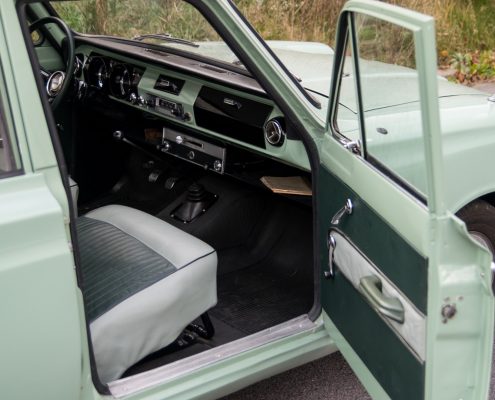 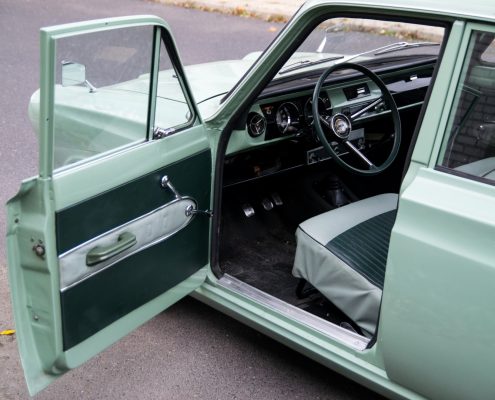 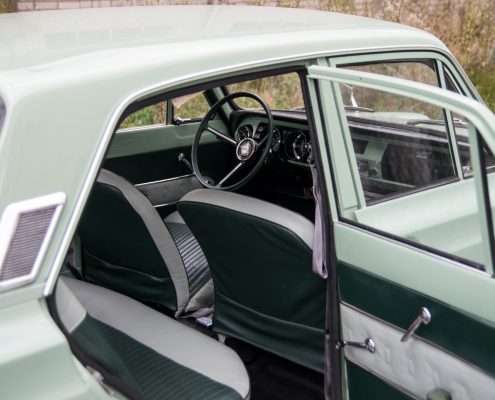 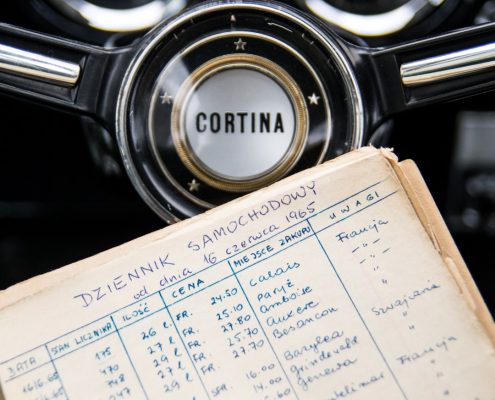 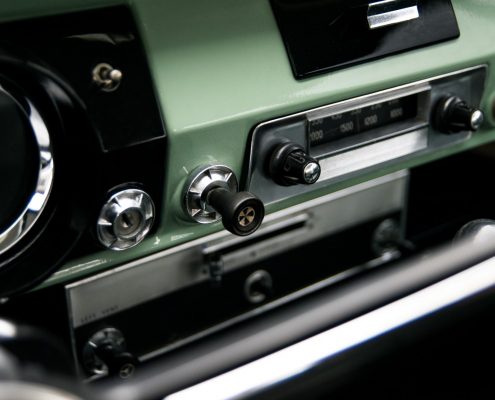 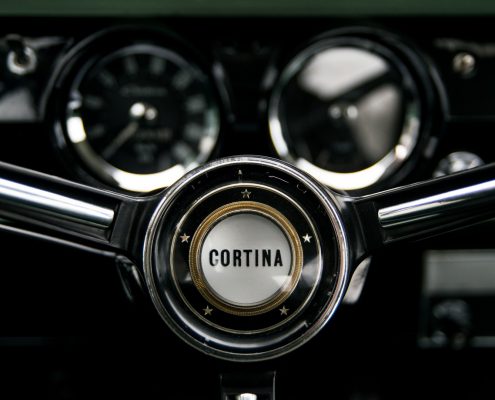