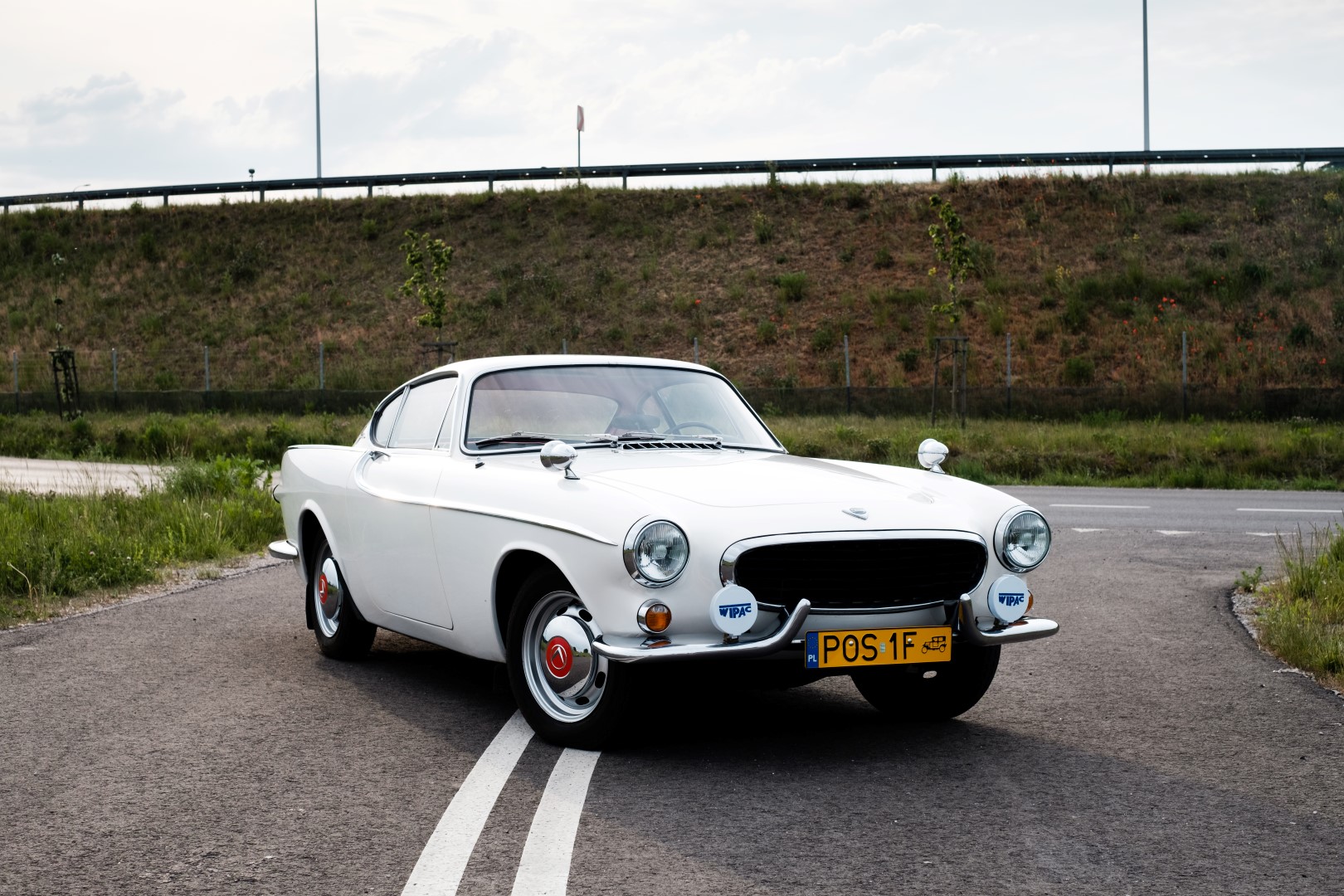 The most beautiful Volvo in the history of the brand

After a meticulous restoration

The prototype of the new Volvo model was ready back in 1957. The person responsible for the execution of this project was Helmer Petterson (earlier credited with the PV444 model), whereas its modern and timeless body was designed by his son, Pelle Petterson, who worked for the design studio of the legendary designer Pietro Frua at the time. Italian style is easily noticeable in the attractive design of the Swedish two-door. Initially, a manufacturing deal with a British company called Jensen was sealed. The body was supposed to be manufactured in a workshop based in Scotland, from there it would be transported to the English city of West Bromwich, where final assembly would take place. After some time the deal was cancelled and assembly was moved to Gothenburg in Sweden, hence the “S” in the car’s name.

The vehicle offered at our June event is a member of the most desirable P1800 series, made in the British Jensen factory. The car was destined for the European market and was sold in a German dealership. Interestingly, even the original owner’s manual has been preserved. Its previous owner bought the car in 2007 at an internet auction. It required a thorough restoration, which took more than two years and consumed a lot of time, money and effort. During the works it was decided to repaint the car using pearlescent paint, but the colour is not dramatically different to the original. Side sills were replaced during restoration, but they did require some work prior to the auction. The car was restored using high-quality components sourced from specialized distributors. The interior was refurbished with the original in mind and its original colour scheme was retained. Quality of restoration work is decent, but there are a few non-factory details, such as the paint or rear-view mirrors and their placement.

The car became famous when it was featured as the car driven by the main character played by Roger Moore in the television series “The Saint”. Although the P1800 was never a typical sports car, it was highly appreciated as a comfortable Gran Turismo car. This car also owns the Guinness world record for highest certified mileage of any car. An American called Irv Gordon has done more than three million miles in his P1800s since 1966. It is highly likely that the vehicle offered by Ardor Auctions is one of the best opportunities to purchase an early, well maintained example in decent condition in Europe.
[/av_textblock]
[/av_two_third]