Legal condition: paid up, not registered

Launched in 1958, the Volvo PV544 was an overhauled version of the earlier PV444 model. Four fours stood for four cylinders, 40 BHP and four people. PV on the other hand stood for “person vagnar”, which is Swedish for “passenger car”. This was the most complex overhaul since the PV444 was first launched in 1944. Size of the windows was increased to improve visibility and the dashboard was completely redesigned. To improve passenger safety, it was padded with special soft upholstery. The Volvo PV544 was also the first car to be fitted with three-point seatbelts (Nils Bohlin’s invention) as standard. There was also more passenger room in the back. In 1961, a 12-volt electric system was introduced. A fastback-style body, which can easily be confused with the Polish Warszawa, was a modern monocoque, but its design was criticised by some for looking a bit outdated from early on. Despite this, basic shape was preserved till the end of production. Customers could choose between two power units, a 1.6 and a more powerful 1.8-litre, designed specifically for the P1800. Equipped with a Zenith carburettor it developed 75 BHP; with Twin SU carburettors power output rose to 90 BHP. They were both coupled to a four-speed manual gearbox. Thanks to the car’s lightweight body, the most powerful version could accelerate to 100 kph in as little as 10 seconds. Power was sent to the rear wheels. The car was fitted with hydraulically assisted drum brakes all round. It became legendary thanks to its motorsport pedigree. In the late 50s and early 60s the PV544 became one of the most successful rally cars.

The Volvo auctioned on April 22nd was brought to Poland from Sweden last year. Restoration began in 2017. The new owner decided to repaint the car using a different paint colour – a deep maroon from Volvo’s historical colour palette. After a body- and paintwork restoration the car looks truly amazing. The interior was refurbished with the original colour combination using high-quality materials. The only contemporary modification was replacing lino with a black carpet. All consumables have been replaced, while all accessories have been compiled. The biggest asset of this particular Volvo PV544 is the fact that it has been recently restored. One could say that it looks more impressive now than in its original specification. It’s a perfect match to a collection of vintage Volvos and a fantastic classic car for recreational drives. 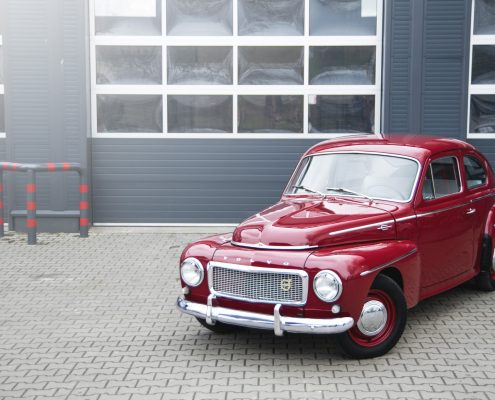 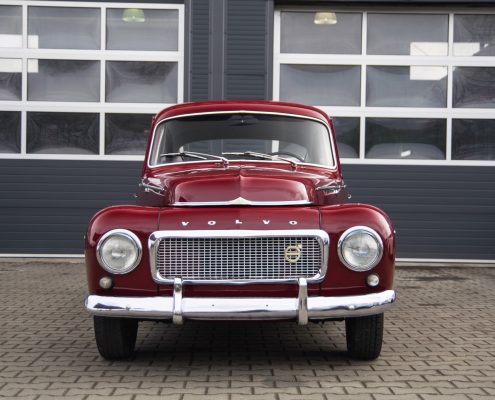 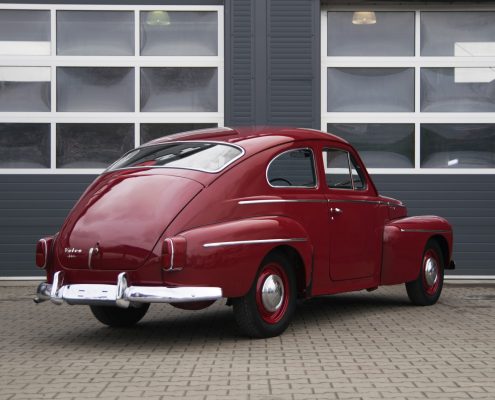 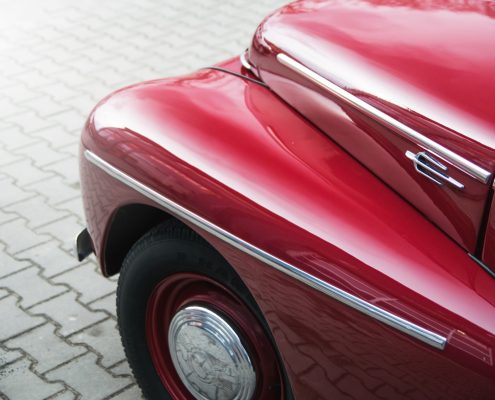 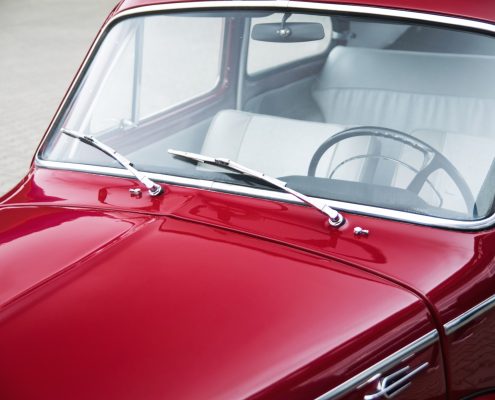 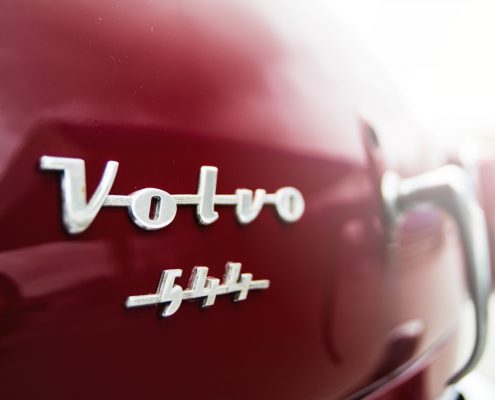 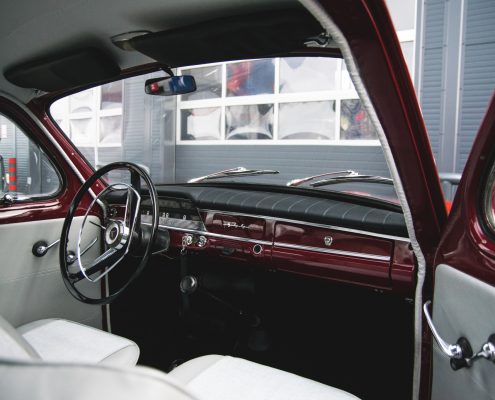 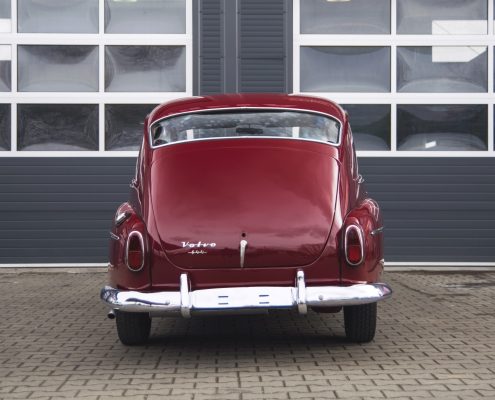 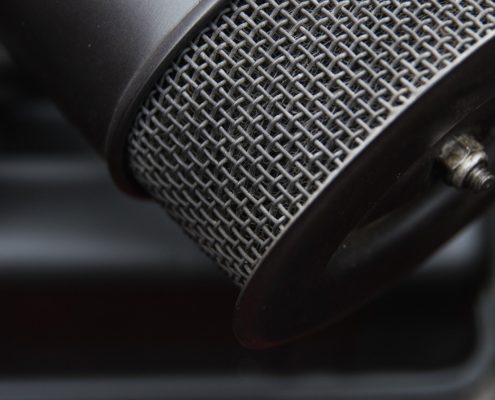 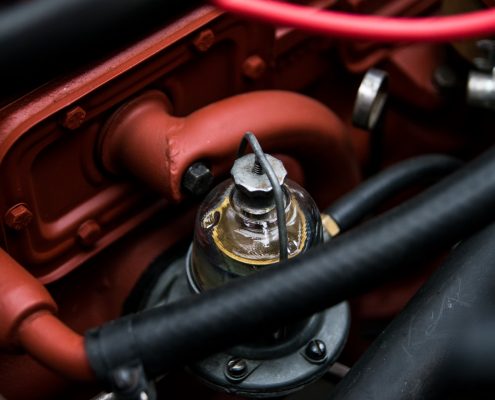 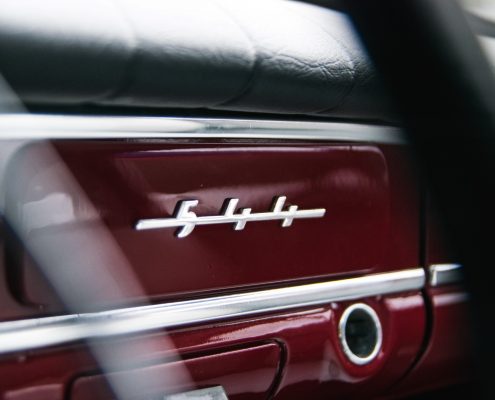 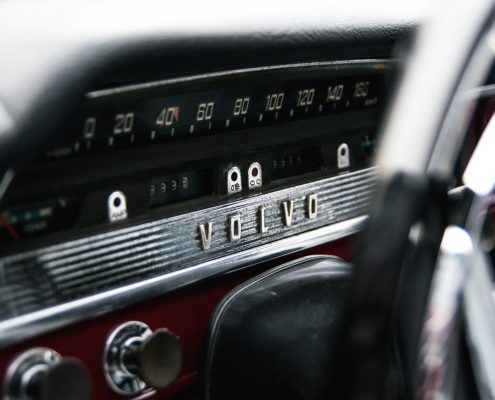