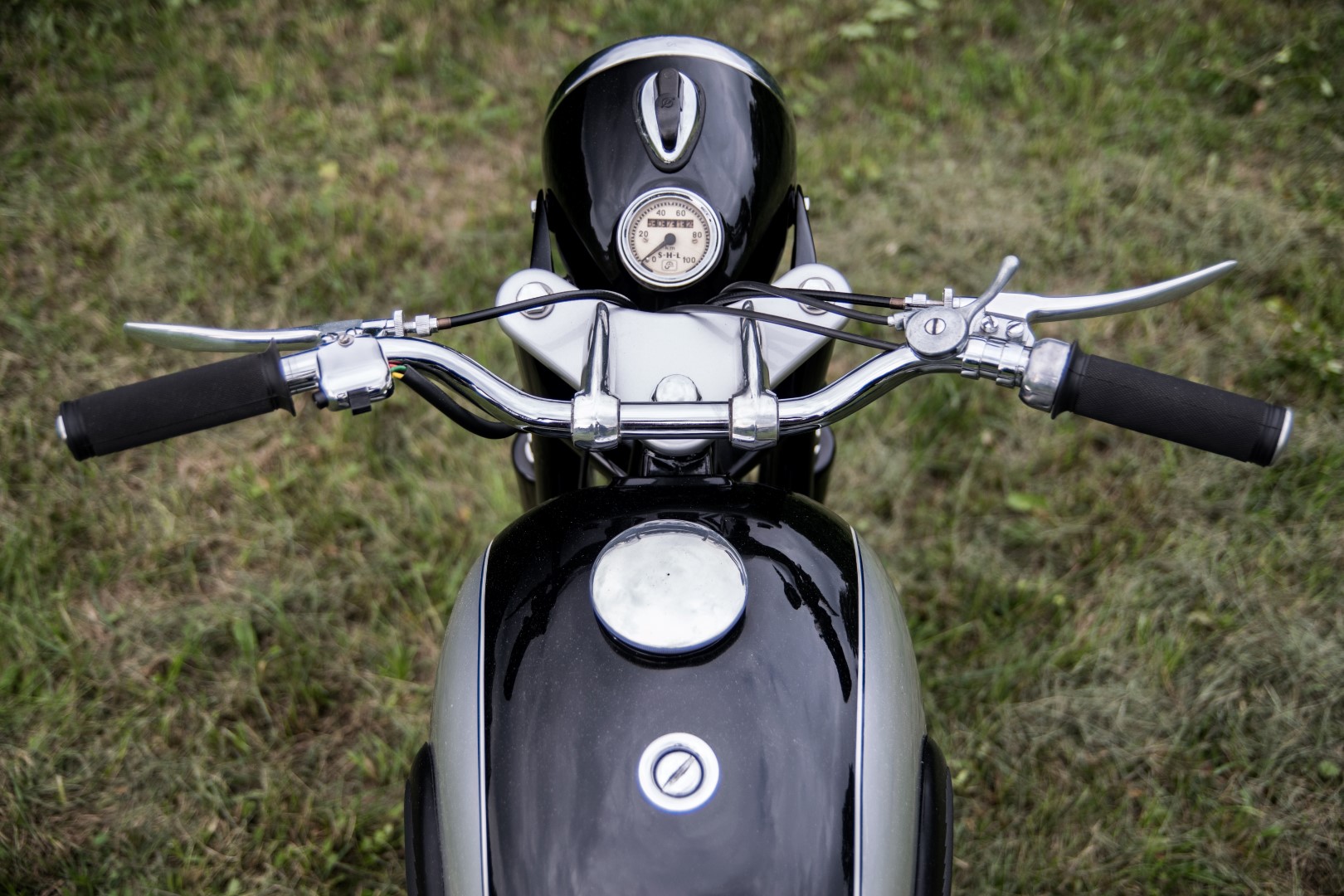 The SHL M11 was launched as the successor to the M06T and was fitted with a 150 cc engine. Despite some visual resemblance between the two, it was a completely new and entirely different vehicle. It was also the first Polish motorcycle in the 175 cc segment. The motorcycle was unveiled at the Poznań Motor Show in 1960, whereas production began in May 1961. Its body was engineered by “Zakłady Wyrobów Metalowych” (Polish for “Metal Works”) Polmo-SHL based in the Polish city of Kielce. Compared to its predecessor, the motorcycle had a reinforced frame with a steering lock and a locked storage space underneath the seat. Designers also went for new, sheet-metal side covers, protecting the carburetor, battery and air filter. Front suspension design (with increased travel), wheels with drum brakes, front mudguard and electrical system were carried over from the previous model.

The motorcycle was powered by a new S-32 engine manufactured by the Warsaw Motorcycle Factory (Warszawska Fabryka Motocykli). It was based on the S-06 engine, which in turn was inspired by the German DKW RT125 unit. Its displacement was 173 cc. It received a brand new cylinder, cylinder head, carburetor, clutch and exhaust. From 1966 cylinders were made of aluminum rather than cast iron. In 1967 a new engine was introduced for the M11W model. It was designed by an engineer called Wiesław Wiatrak, hence its codename W-2A Wiatr (Polish for “wind”), with displacement increased to 174 cc and with higher power output of 12 break horsepower, compared to 9 in the S-32 and 10 in the slightly more refined S-32U. Thanks to this, the motorcycle offered a lot better performance.

Apart from the base model, there was a M11R rally version, equipped with a telescope fork. The base version was gradually improved throughout the production cycle. From 1963, a number of small series of better equipped and better made M11 Lux motorcycles were produced, featuring chromed fuel tank, wheels and shock absorbers. Overall, nearly 180 000 motorcycles were made, 26 000 of which were the M-11Ws. Most of the motorcycles were sold on the Polish market, but some were exported, also to the USA. In 1962 a manufacturing license for the M11 model was purchased by Indians, where it was made until 2005 under the Rajdoot brand.

The SHL M11 presented at the September auction organized by Ardor Auctions was made in 1966 and was originally fitted with a 9-horsepower S-32 engine displacing 173 cc. It used to be a part of a greater vehicle collection, owned by a seasoned enthusiast of Polish motorcycles. It was purchased a couple of years ago from a family member of the first owner, who decided to sell the motorcycle after his death. It was in original condition, with no parts missing. Its new owner decided to have a full restoration performed, returning the vehicle to its near-original condition. The engine hasn’t been started since rebuild, so it will need an initial service and some adjustments. Full graphic documentation made prior to the restoration is available, along with pictures showing the exact mileage. The motorcycle has not been deregistered, but because of its age it does not need to be insured if it isn’t used. The prospective buyer will receive an original registration title and all purchase agreements. It is a unique opportunity to acquire one of the most iconic Polish motorcycle from a reliable source, after a professional restoration.
[/av_textblock]