The third generation of the iconic Porsche 911, codenamed 993, is also the last one powered by air-cooled engines. The first 993 rolled off the production line in 1993. Basic design principles had remained unchanged, but the car was substantially modified compared to the previous 964 generation, with which the 993 only shared about 20 per cent of the parts. The body designed by Tony Hatter was redesigned to keep it modern. Its aerodynamic properties were also improved. The 993-generation 911 range was very wide – the car was available with such amenities as four wheel drive or Tiptronic automatic gearbox for example. For the first time in a 911, the manual gearbox had six gears as standard. Compared to its predecessor, one of the main changes was multilink suspension made entirely out of aluminium. It helped improve the handling characteristics of the car – new 911 was much more stable and it had less tendency to severe oversteer under throttle application in fast corners, for which its predecessor was often criticised. On top of that, it was more comfortable and less noisy on rough surfaces.The 993 was traditionally powered by horizontally-opposed engines, least powerful of which displaced 3,6 litres and developed 272 BHP. From 1996 on engines were fitted with Varioram induction system, which resulted in a slight power increase to 285 BHP. Unlike its predecessor, the two door variety no longer bore the name of Carrera 2, but just Carrera. Despite this, it is still referred to as the Carrera C2 by enthusiasts to distinguish between it and the all-wheel drive-equipped C4. 68 000 examples of 993-gen 911 in various guises had been produced until 1998. Its successor, codenamed 996, had a water-cooled engine and much less traditional styling, which was heavily criticised by the experts and enthusiasts of the brand. This is the main reason why this fabulous looking car, regarded by purists as the last true 911, is so extremely desirable.

The Porsche 993 is a truly versatile car. It combines virtues of a recreational sports car, but is also easy and comfortable to drive on a daily basis. The 911 offered on the April auction organised by Ardor Auctions is no exception. It rolled off the production line in 1996 and came to Poland from the United States to become a part of a bigger collection of cars made in Zuffenhausen. It is distinguished by a hugely attractive colour combination – black on the outside with a bright interior. Its body paint, despite 21 years of use, is still faultless. The owner of this particular example decided to wrap the dashboard and the top part of door panels in leather, which makes the interior even more elegant. The roof cover is in a very good condition. All the electrical systems work faultlessly. A Porsche equipped with a manual is a much more attractive alternative to the ones fitted with a Tiptronic automatic gearbox, which are more frequently represented on the Polish second hand market.So far, the car has done 167 thousand kilometres. Body and mechanics in original condition are a sign of a thoughtful and cautious ownership. Before the auction, the car underwent a number of maintenance tasks and is ready to be driven right as the season starts. The stylish combination of an open body and an engine mounted in the back lets one experience the very best a Porsche has to offer. 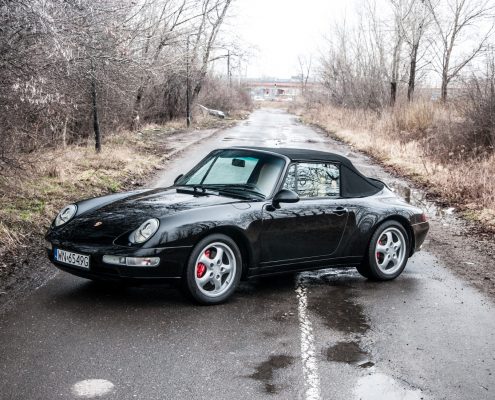 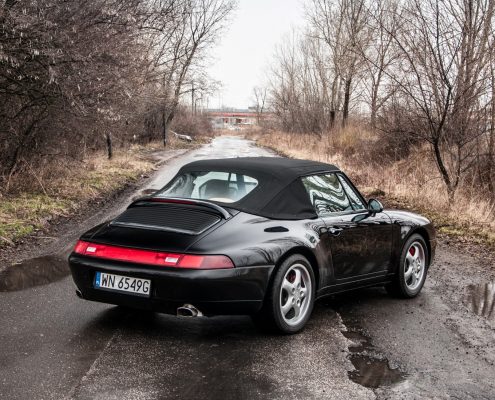 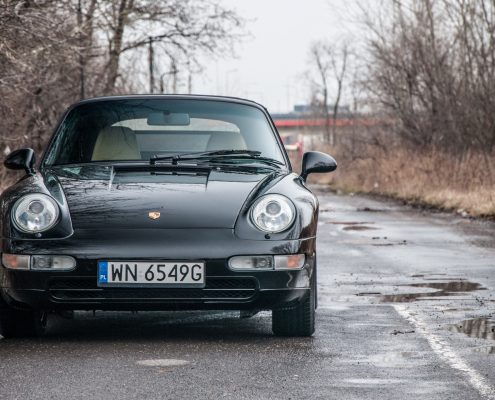 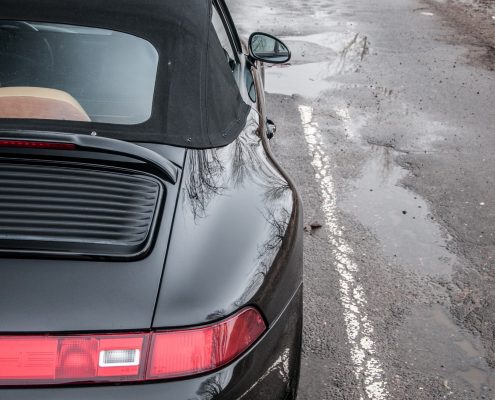 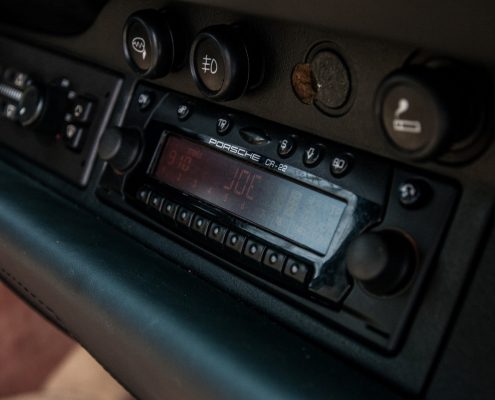 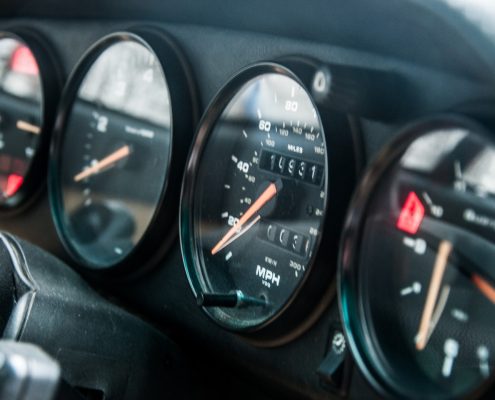 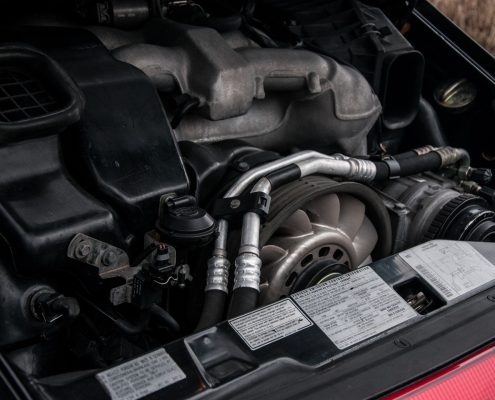 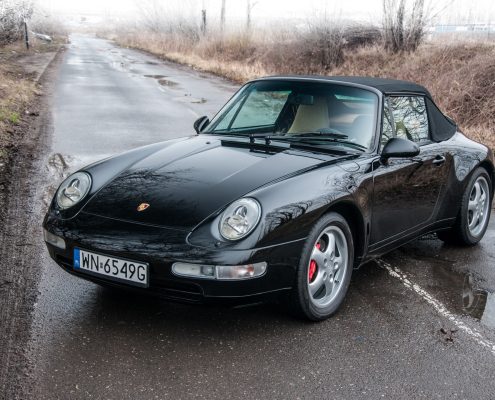 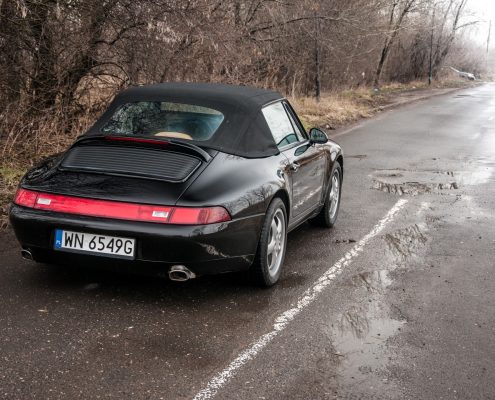 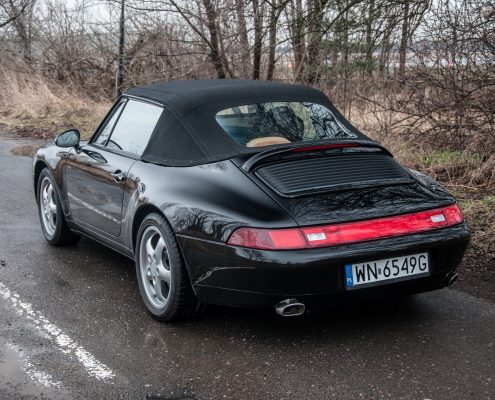 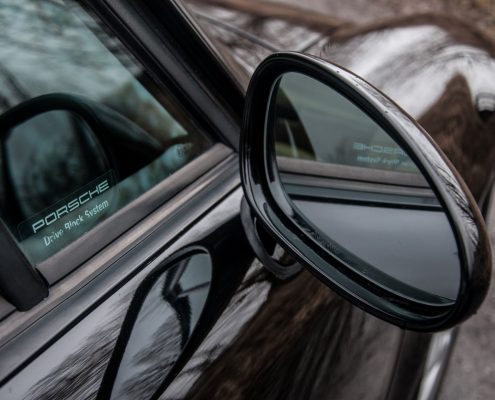 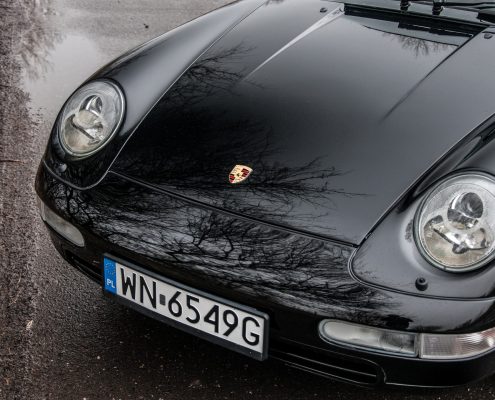 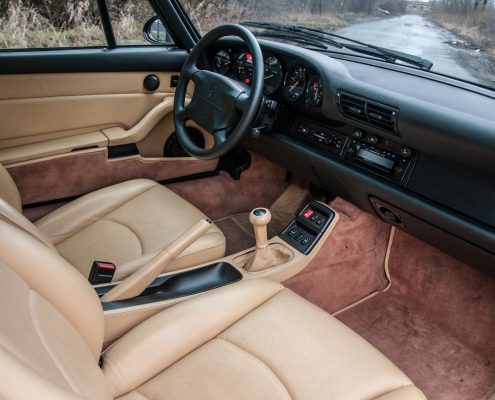