MG MGB continues MG’s line of relatively inexpensive, lightweight sports cars, started by the MG Midget in 1961. It went on sale in 1962 and was distinguished by a monocoque structure. At a time when all the competitors were still using body-on-frame structure, this was a huge innovation. It was also one of the first cars on the market to utilize crumple zones, which were designed to protect the driver during a head-on crash into a non-deformable barrier at speeds up to 48 kilometres an hour. Initially, the only version on sale was one with a removable roof. Three years later, the line-up was joined by a hatchback coupé version, called MGB GT. Later on, two more varieties were introduced: a six-cylinder MGC and an eight-cylinder MGB GT V8. First of the aforementioned varieties was a two-seater (for a brief moment, a small back seat was available as an optional extra, but was very rarely chosen by customers), while the second had just enough room to fit four people inside (2+2 layout). The MGC version was available in either coupé or roadster guise, whereas the GT V8 was sold exclusively with a fixed roof. At the bottom of the engine line-up in Britain there was a four-cylinder, 1.8-litre engine developing 95 BHP. The car was also sold on the American market, where its engine had to be tuned down to just 70 BHP at some point, as a result of making it compliant with US environmental laws. MG MGB was manufactured till 1980. Overall, 524 000 examples were produced in different versions.

The MG B presented on the auction organised by Ardor Auctions was made in 1966 and was originally destined for the American market. It was used in California until 2002, when it was shipped to Poland. Its new owner decided have a full restoration done. It took two years and included thorough restoration works on bodywork, paintwork, mechanics and interior. The bodywork has a new British Racing Green paintwork chosen from the Lotus Cars colour pallet. Even after 12 years of use the paintwork still looks fresh. The only things requiring work are the boot lid and front “teeth” on the original, chrome bumper. These are the only signs of wear and tear on this beautiful roadster. The roof is in ideal condition and was recently fitted with new plastic windows. An interesting feature is a steel storage mounted on the boot lid, which was an accessory. The interior is a huge asset of this example. The owner decided to steer away from the original specification and had a wooden dashboard fitted, which matches the bright, high-quality leather upholstery. The car underwent a thorough mechanical inspection, during which valve rocker arms were replaced and regular maintenance tasks were performed. The MG B drives as a cult roadster should. Stylish combination of a cream interior with legendary green paint is an icing on the cake. 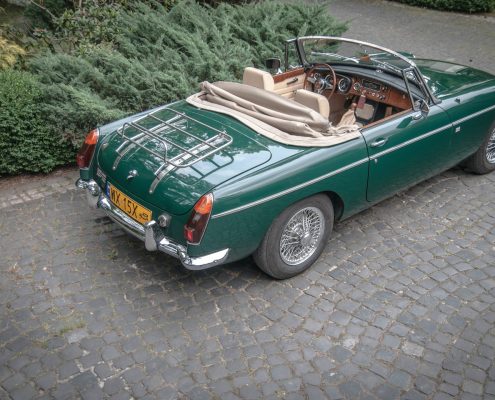 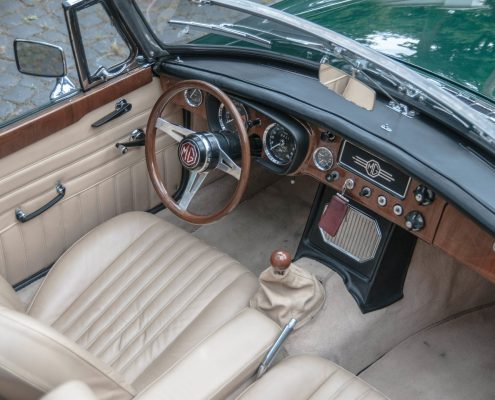 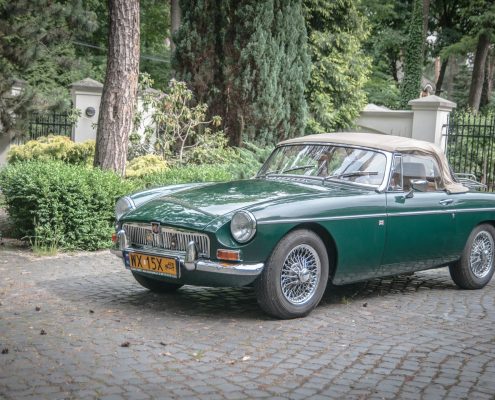 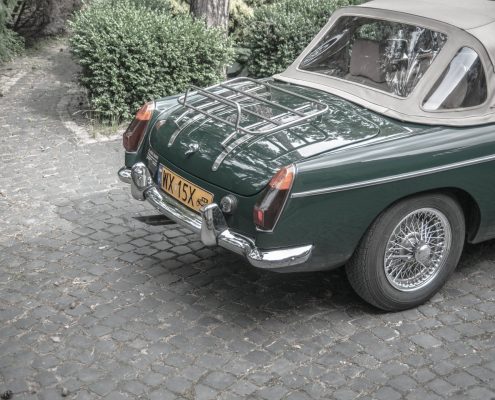 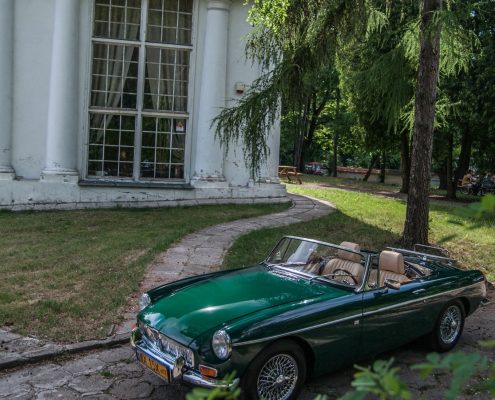 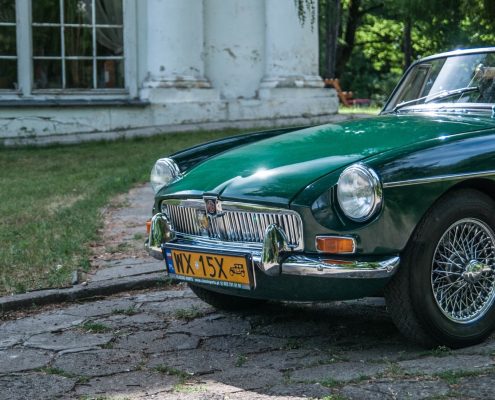 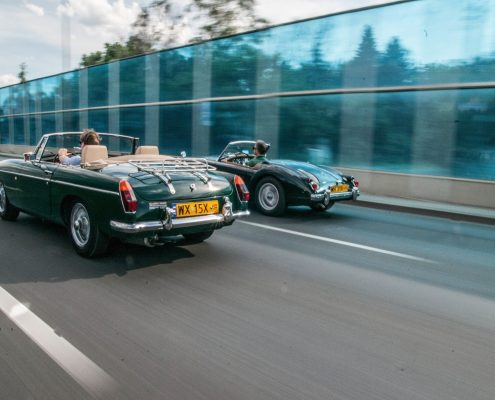 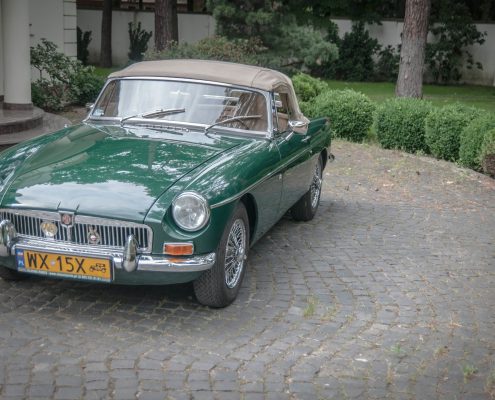 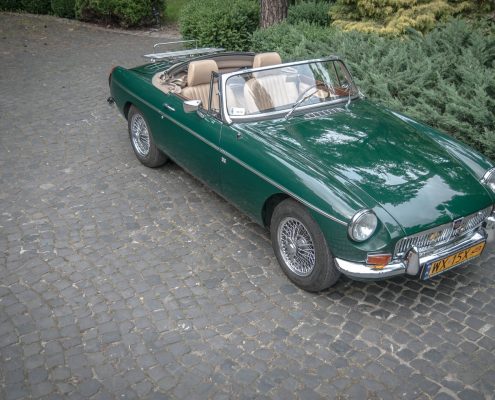 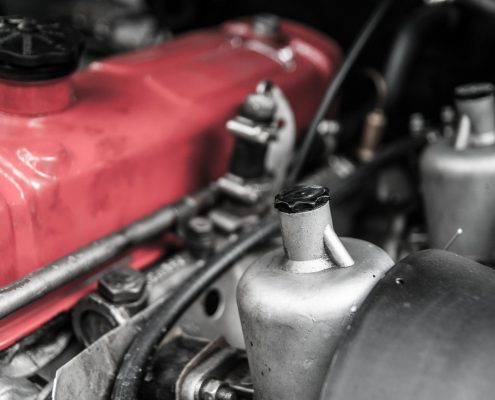 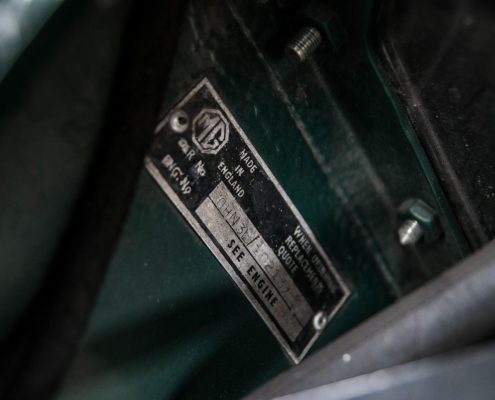 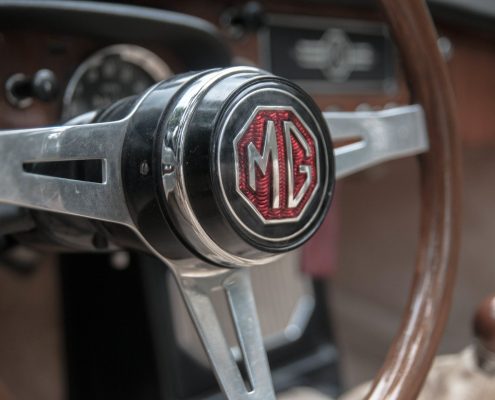 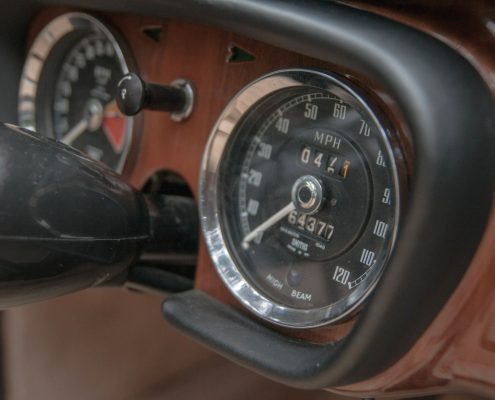 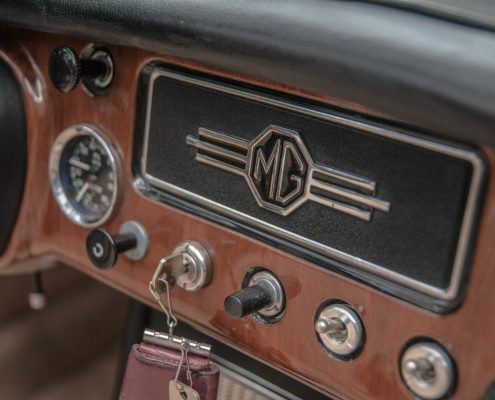 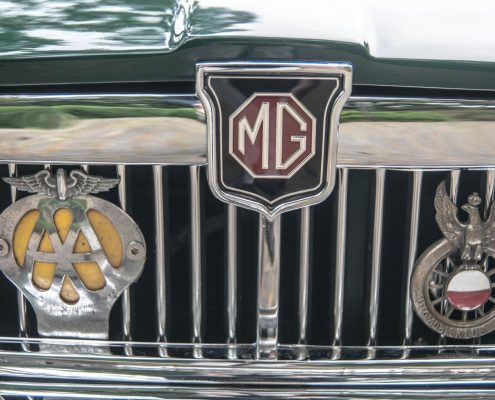 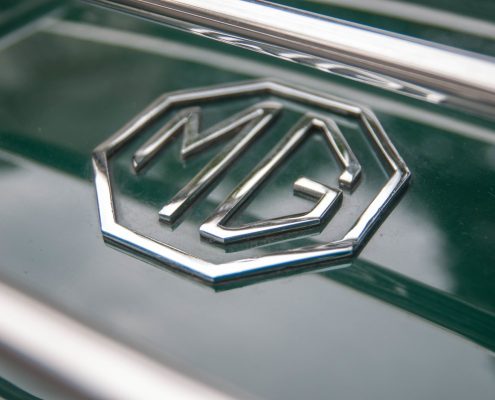 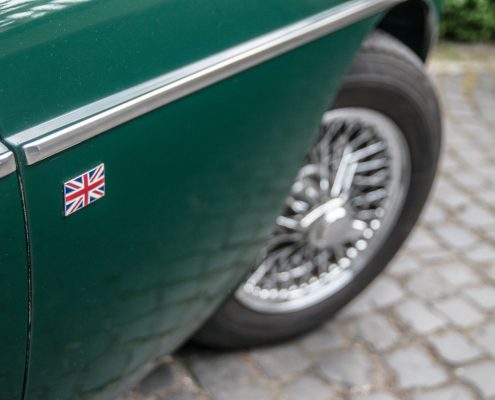