Inception of the MGA was a ground breaking moment in the history of the British Brand. It all started in 1951, when MG designer Syd Enever created a streamlined body for George Philips' TD Le Mans car. As the project was still in prototype form, it was presented to the then-boss Chairman of the British Motor Corporation, but was rejected as the decision had already been made to produce another roadster – Austin-Healey. Decision change resulted in falling sales of the traditional MG models. It was the MGA that was supposed to be a breath of fresh air to the model range of the British manufacturer. Production did not start until 1955. Engineers went for a body-on-frame architecture, whereas the power was sourced from a four-cylinder, straight four B-series engine, previously used in saloon cars of the same brand. The engine was coupled to a four-speed manual gearbox, which transferred power to the rear wheels. The car could be specified with either spoked or steel wheels. The engine displaced 1489 cc and was fuelled by two SU H4-type carburettors. Originally it developed 68 BHP, but was soon modified to achieve 72 BHP. Stopping power was provided by a Lockheed-designed four-drum braking system. A two-door coupe version also became available in the model range. Right after the car rolled off the production line, it was tested by journalists of the Motor magazine. Top speed achieved during the test run was 157 kph, whereas acceleration from 0 to 60 miles an hour took around 16 seconds. The car was priced at 844£ including tax. 1958 marked the introduction of a Twin Cam version, equipped with an updated and significantly more powerful unit, developing 100 break horsepower. After incremental modifications, the MGA was manufactured till 1962. Subsequent versions were offered as 1600, 1600 De-Luxe, Mark II and Mark II De-Luxe. The car was replaced by the MGB model. Overall a total of 58.750 examples were made. It went down in the history of motoring as a pioneer among British roadsters, which is why it is starting to become ever more sought after by connoisseurs of these cars.

The MGA offered on the April auction left the factory in 1960, so it represents the last iteration of this beautiful model. Originally it was destined for the American market. The car has been in the hands of its current owner since five years and it was given to him as a gift. The car underwent a meticulous restoration, which included removing and refurbishing or replacing all components. The body was rebuilt with a huge attention to detail. The fit and finish was done exactly the way it should be done. A beige paint applied in a professional manner is a finishing touch to the whole renovation process. The interior was reupholstered using high-quality leather in cognac-colour, perfectly matching the period from which the car comes. The vehicle was only used occasionally over the last couple of years. The owner did a routine maintenance before selling the car, which makes it ready to drive during the summer season. This is a unique opportunity to purchase a ground breaking British roadster after a thorough restoration and in a very good technical condition. 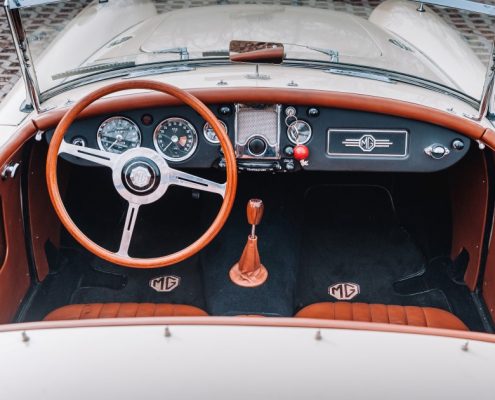 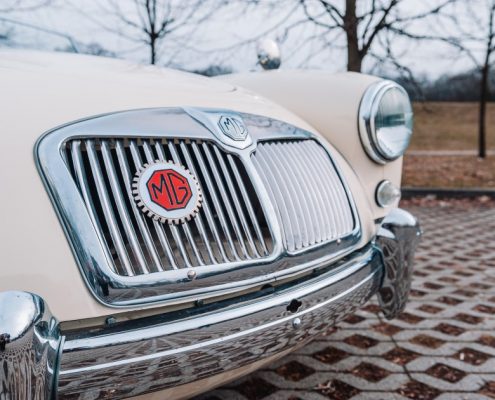 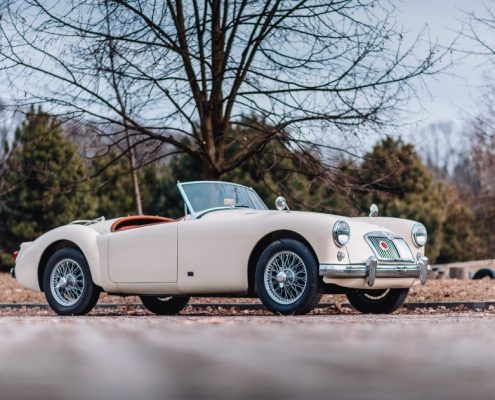 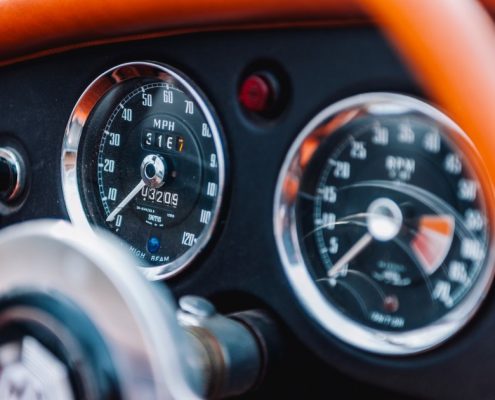 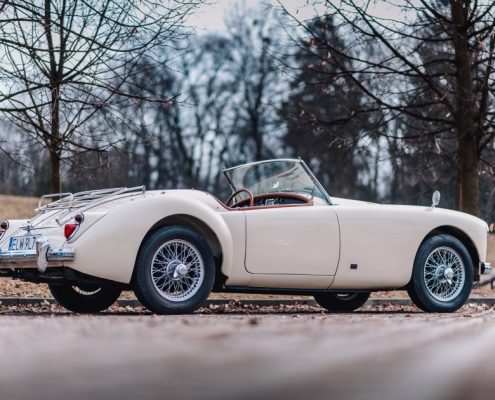 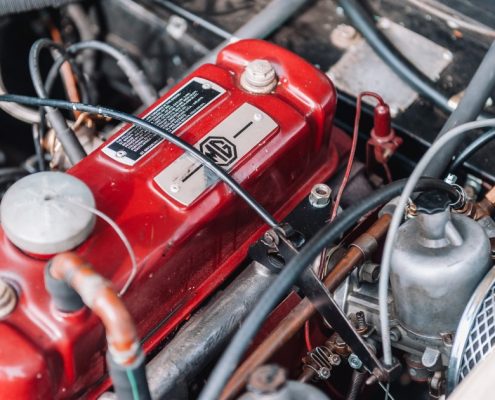