It went on sale in 1962 and was distinguished by a monocoque structure. At a time when all the competitors were still using body-on-frame structure, this was a huge innovation. It was also one of the first cars on the market to utilize crumple zones, which were designed to protect the driver during a head-on crash into a non-deformable barrier at speeds up to 48 kilometres an hour.

Initially, the only version on sale was one with a removable roof. Three years later, the line-up was joined by a hatchback coupé version, called MGB GT. Later on, two more varieties were introduced: a six-cylinder MGC and an eight-cylinder MGB GT V8.

First of the aforementioned varieties was a two-seater (for a brief moment, a small back seat was available as an optional extra, but was very rarely chosen by customers), while the second had just enough room to fit four people inside (2+2 layout). The MGC version was available in either coupé or roadster guise, whereas the GT V8 was sold exclusively with a fixed roof.

At the bottom of the engine line-up in Britain there was a four-cylinder, 1.8-litre engine developing 95 BHP. The car was also sold on the American market, where its engine had to be tuned down to just 70 BHP at some point, as a result of making it compliant with US environmental laws. The US-version was also distinguished by different bumpers (also referred to as “five-mile bumpers”), which also had to be changed due to American safety regulations.

The MGC version was powered by a 2.9-litre straight six-cylinder engine, developing 145 BHP. Top of the range model was the MGB GT V8, manufactured between 1973 and 1976. It was powered by a V8 engine displacing 3.5-litres, which was good for 180 BHP.

MG MGB was manufactured till 1980. Overall, 524 000 examples were produced in different versions.

However, that was not the end of MGB’s story. Between 1993 and 1995, it was put back on sale in a heavily modernized version, called MG RV8. It had a 190 BHP engine and was able to accelerate from standstill to 100 kilometres an hour in under 6 seconds. 2000 examples were made. Most of them were sold in Japan.

The MG B presented on the auction organised by Ardor Auctions was made in 1966 – at the very beginning of its production. These model years are the most sought after by collectors at the moment. It’s a car originally destined for the American market. It was shipped a couple of years ago to Western Europe, its body- and paintwork were restored in Belgium before it was sold and imported to Poland.

Full restoration of the MG was finished here in Poland. Full, red taillights from the American version were replaced with ones from a European model. As the car was made during the first years of production, there are no side-marker lamps. The paintwork, restored in Belgium, was left untouched, but the engine on the other hand was completely disassembled, reassembled and resealed in the process. Fuel tank was also refurbished. MG’s suspension was partly regenerated and partly rebuilt from the ground up. As to the interior – the dashboard was refreshed, door panels were replaced, but the seats, preserved in immaculate condition, remained unchanged. Right now the MG B looks fantastic in a classic sports car combination of red exterior and black interior with red stitching, which is unusual for a British roadster. This is possibly the best opportunity to purchase a ready-to-drive MG B registered in Poland after a thorough mechanical restoration performed with incredible attention to detail on the domestic market. 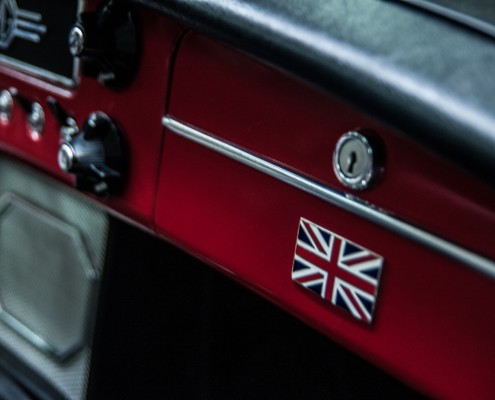 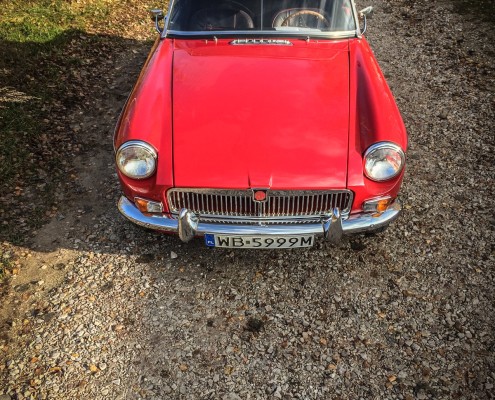 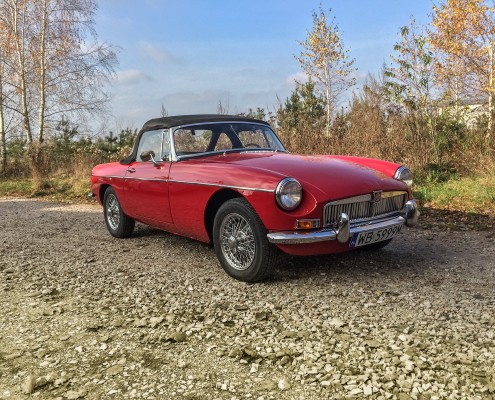 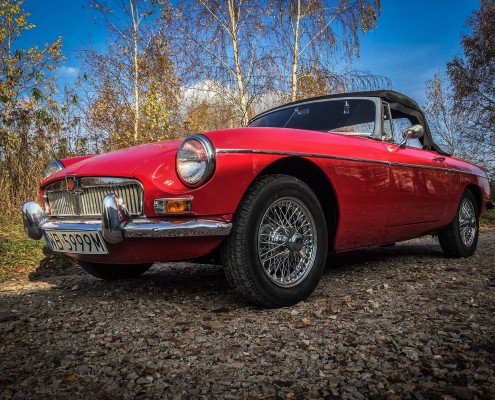 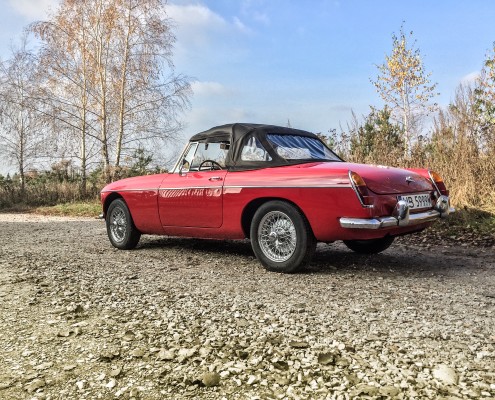 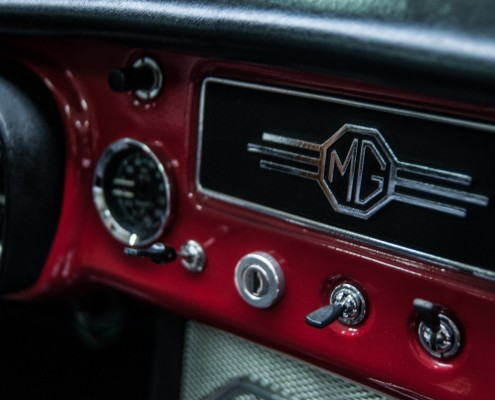 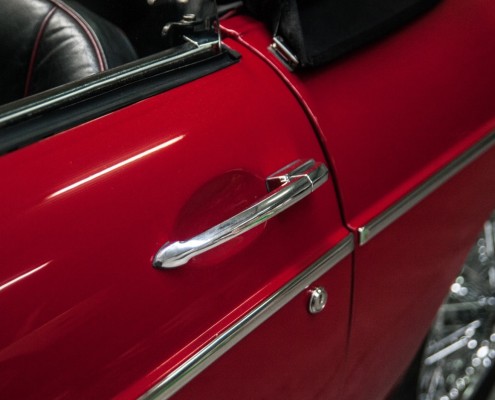 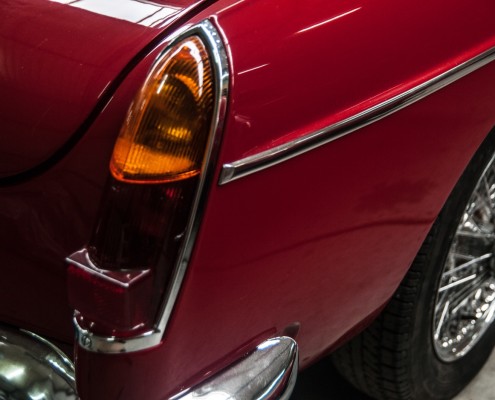 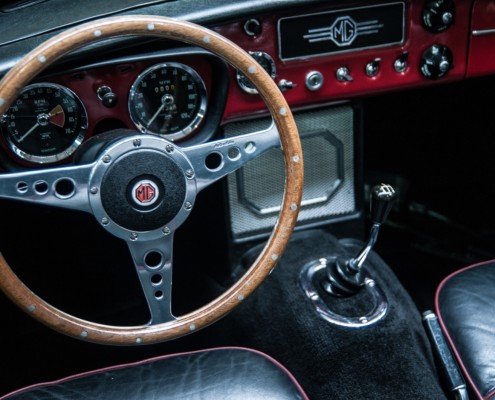 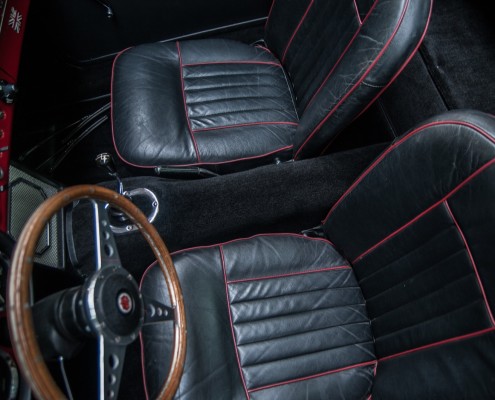 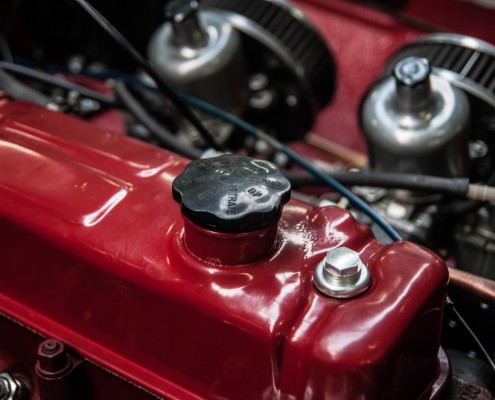 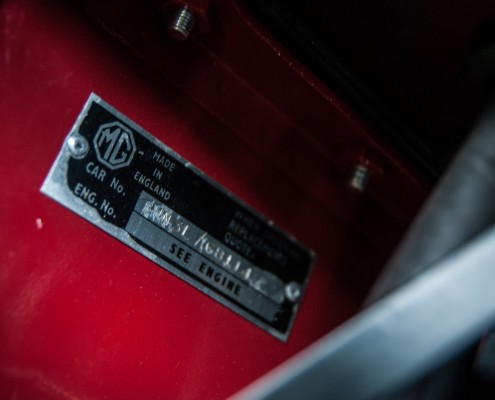 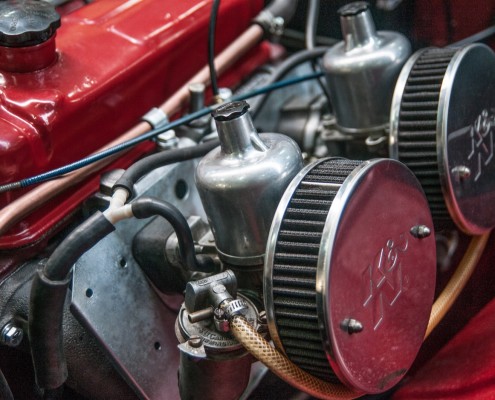 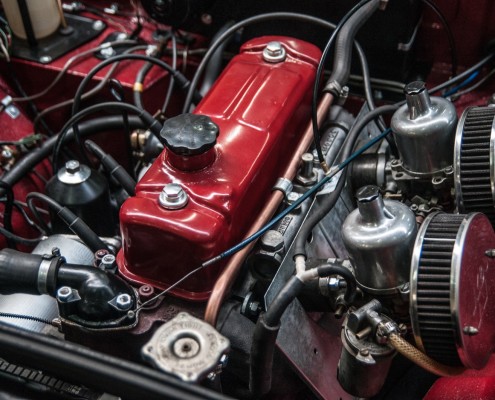 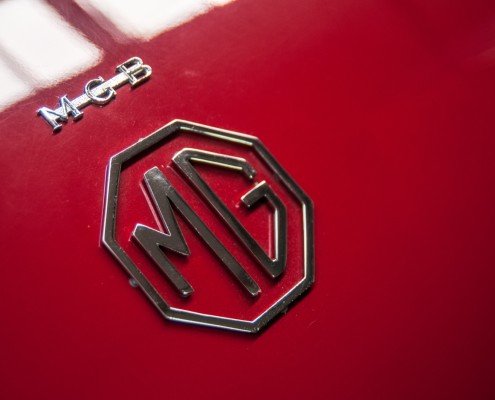