The Mercedes SL codenamed R107 was launched when customer demands towards roadsters were rising. Not only did new models have to be more dynamic, but also more comfortable and safer. The successor of the legendary „Pagoda” presented a radically different styling, too. But driving joy had still remained at the top of priorities in case of roadsters. Mercedes’s new range of engines was supposed to deliver just that. Initially, customers could only choose between two V8s. The lesser engine had 3.5 litres of displacement and developed 200 BHP. In 1973, the line-up was joined by a 4.5-litre unit, developing 25 BHP more. Later on, 3.8- and 4.2-litre units were mounted under SL’s bonnet. The most powerful offering in the range displaced 5 litres and churned out 240 BHP (in production from 1980). Because of the oil crisis, engine range in Europe was complimented by a straight-six engine developing 185 BHP (wearing a 280 SL badge). From 1985, the six-cylinder motor of the R107 developed 188 BHP and had three litres of displacement. The R107 was hugely popular on the American market. An SLC version with a fixed roof was introduced in 1972 specifically with American customers in mind. Apart from the hardtop, it was also distinguished by a wheelbase stretched by 36 cm compared to the traditional roadster. American versions also had differently shaped bumpers (a result of American safety regulations) and headlamp covers. To meet emissions regulations prevailing in the United States, changes under the bonnet were also necessary. Only V8 engines were available in the United States, the least powerful of which developed only 155 BHP (badged 380 SL/SLC). One could also spec it as a 560 SL/SLC version, but the power output (227 BHP) was also lower than in Europe. The Mercedes R107 was the second longest manufactured Mercedes model after the G class. It remained in production for 18 years, right until 1989, when it was replaced by the R129. Overall, a total of 237 287 examples of the SL and 62 888 SLC model were made.

The Mercedes 560SL is the top-of-the-range version of the R107 model line, originally available exclusively on the American market. This SL featuring graphite paint, auctioned by Ardor Auctions was shipped to Poland from California in 2016. It is a very interesting project car requiring some repairs, but no major restoration work. Its new owner will receive an inspection certificate issued by a certified Mercedes service station Duda-Cars, with all its shortcomings listed. The car was repainted in the United States, but its paintwork only needs some cosmetic work. Its body has some minor dents and scratches and the soft top has a hole in it. The interior also needs some finishing touches. From the mechanical point of view, there are a few small leaks, but they do not compromise the driving experience in any wa. After a mechanical inspection and some visual nip and tuck it will surely be a dependable companion for many years to come. The 560 SL offered on the April’s auction is a very interesting alternative to more expensive examples, which often hide their potentially expensive deficiencies beneath a polished exterior. This graphite R107 with its well documented technical condition hides no secrets. 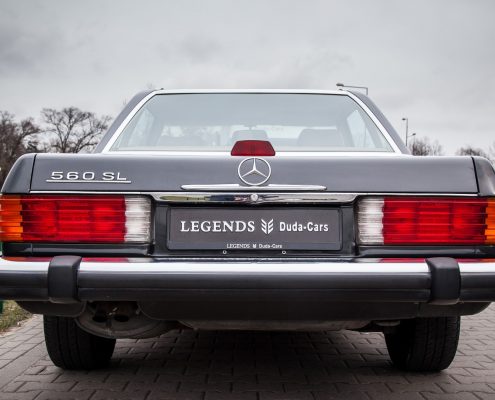 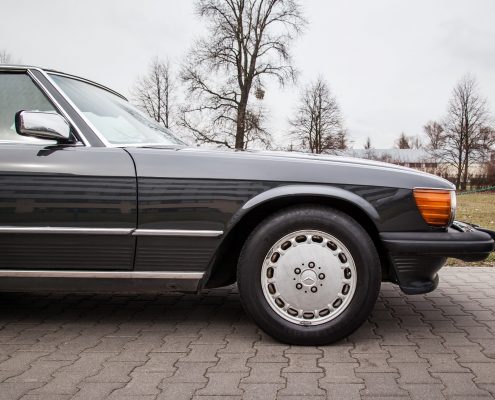 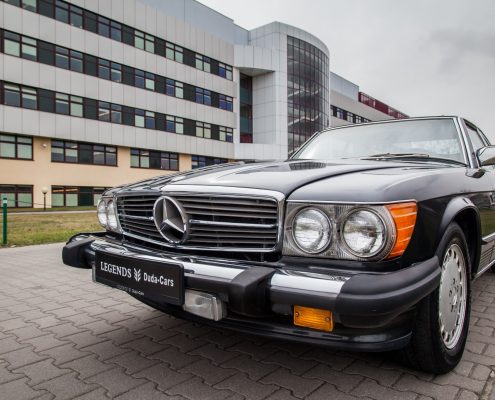 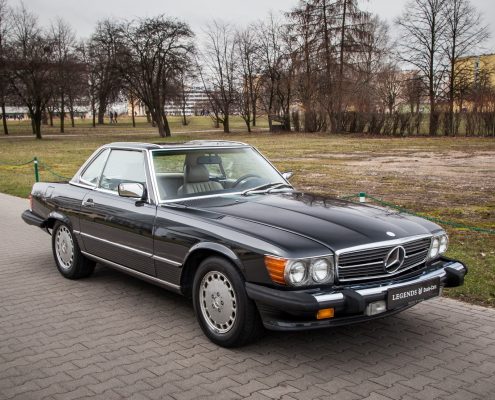 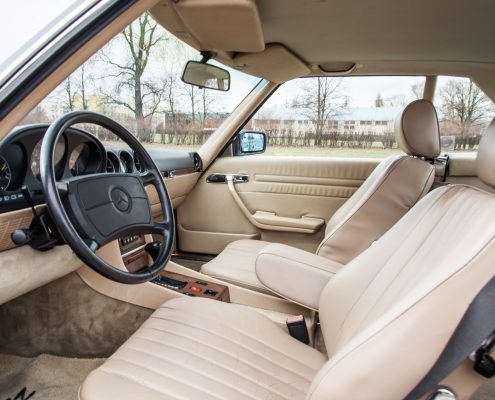 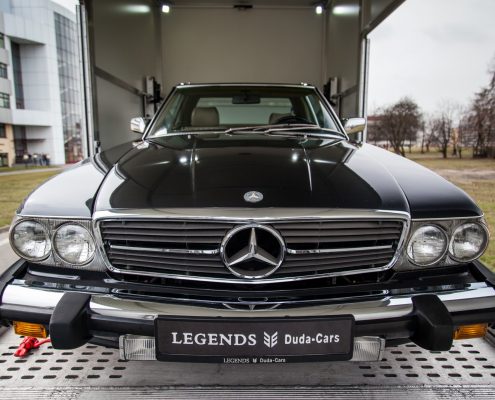 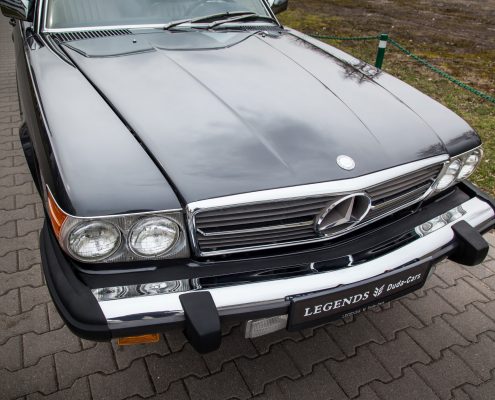 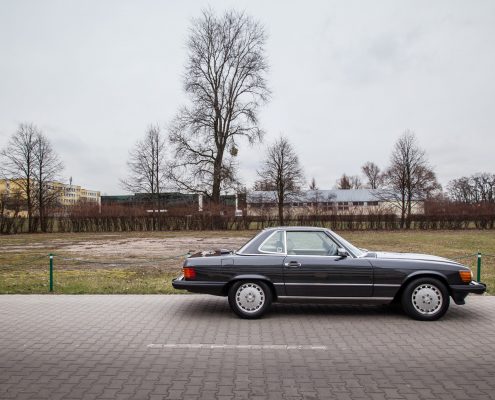 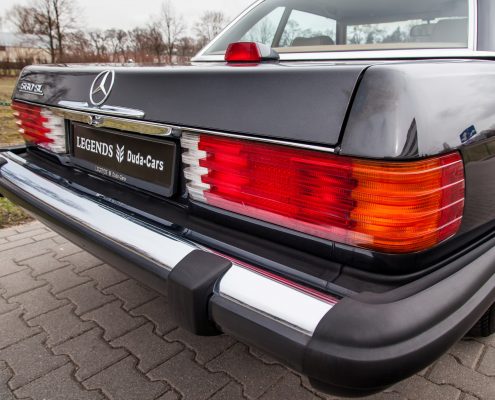 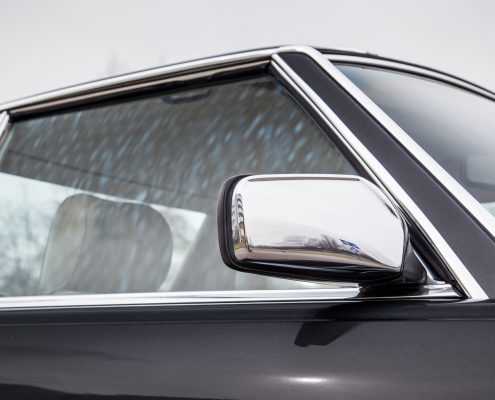 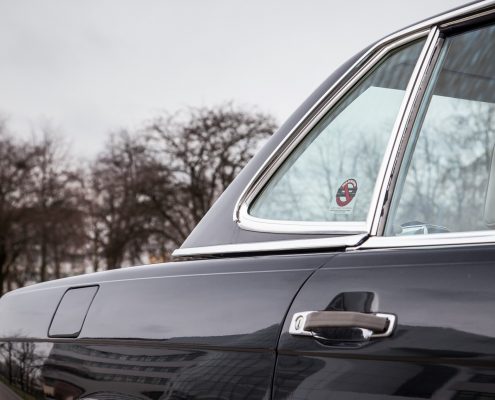 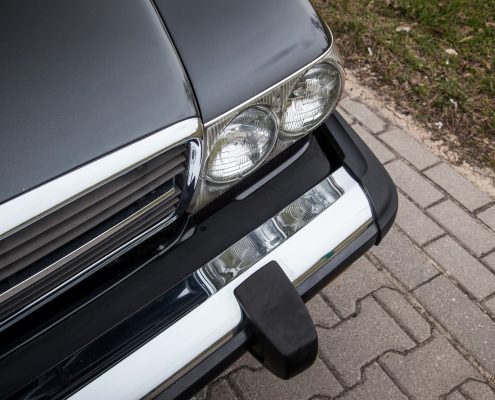 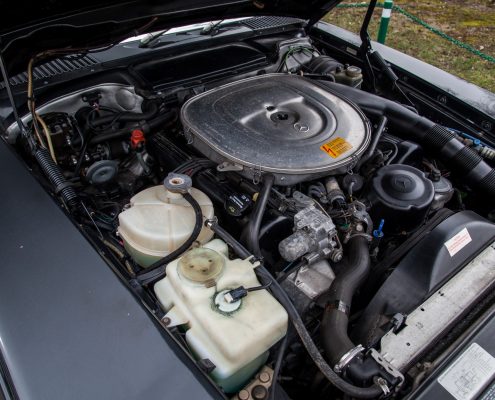 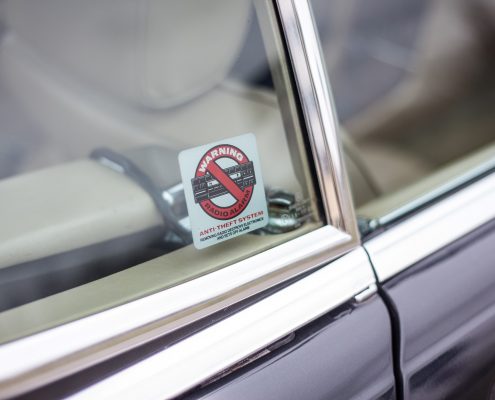 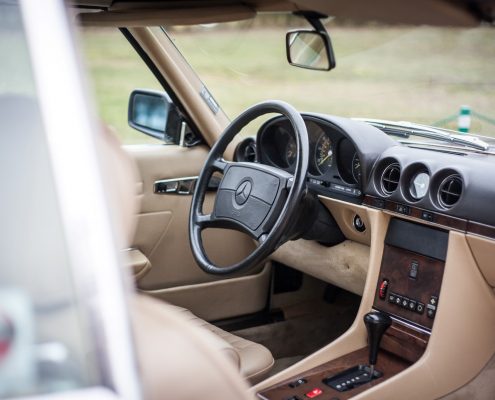 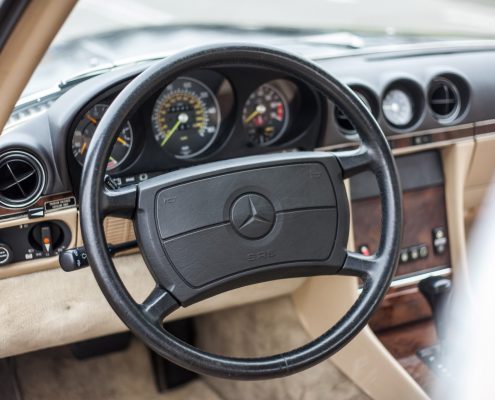 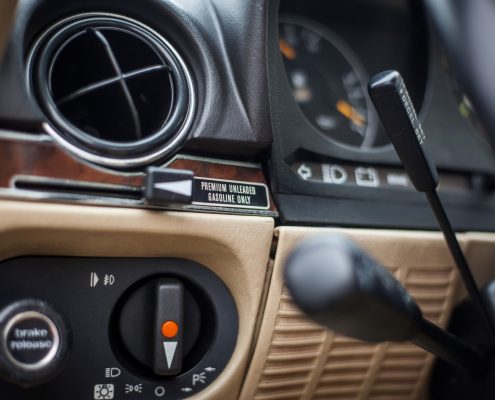 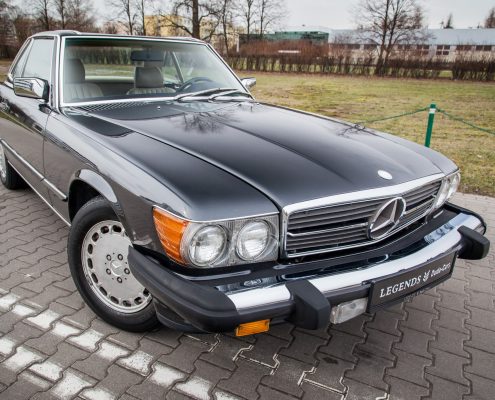 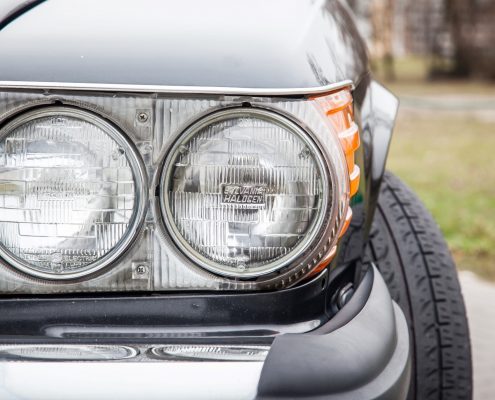 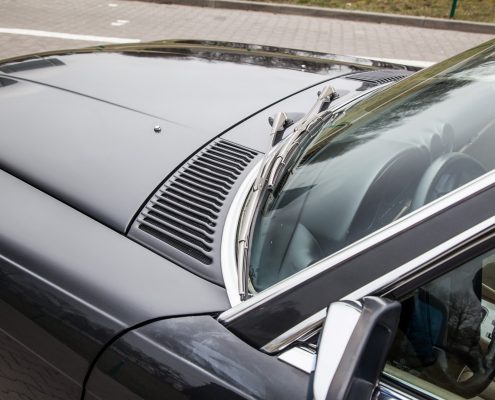 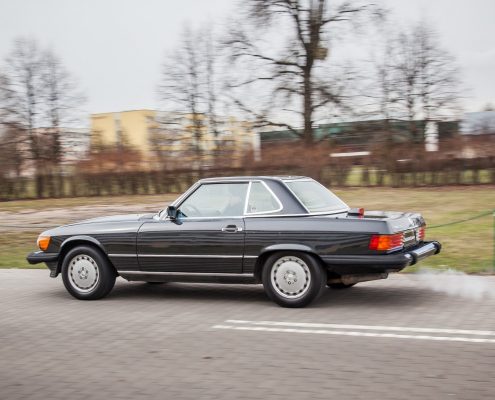