In 1972 Mercedes unveiled the successor of the W108. The W116 became the first car to officially bear the name “S-Klasse”. The range-topping Mercedes limousine also grew in size compared to its predecessor. It was also available as an SEL version, with a wheelbase extended by 100 mm. Top trim levels were equipped with complex air suspension. It was an incredibly technically advanced and fantastically complicated system, but on the upside, it delivered unforgettable driving experience and remarkable comfort. Once more, the S-class set the direction in Mercedes’s design, especially when it came to the shape of the headlamps and taillights. W116’s muscular body shape with sharp, simple lines gave it an elegant character with a bit of sportiness. The car was thrilling to drive, especially in combination with the massive 6.9-litre engine. The Mercedes W116 won the prestigious „European Car of the Year 1974” award. An oil-powered 300SD version was introduced only on the American market. The W116 was also the first mass-produced car to be equipped with an optional Bosch-designed ABS system working on all four wheels. The car left the factory in production form as a saloon, but there are numerous garage-built estates. Rear rails were sourced from Ford Granadas or Consuls. Overall a total of 473.035 examples of the Mercedes W116 rolled off the production line.

The presented example is a European 280 SE version. It was imported to Poland from Italy in 2015 and underwent numerous body and paint repairs. The bodywork was sandblasted right to the window line and repainted in car’s original colour. All the elements which did not require repair or replacing remained untouched. The interior was only refreshed as well. Upholstery was washed and cleaned, whereas the wooden panels on the dashboard were refurbished. The only brand new piece of equipment is the rear-view mirror. The car underwent a thorough mechanical inspection, is fully operable and ready for long-distance trips. An interesting technical detail is a four-speed manual gearbox with a floor-mounted gear lever. This is a rare sight in a W108 from this model year, as most of them had a gear lever mounted on the steering column.

The Mercedes 280 SE offered by Ardor Auctions is a great offer for people who look for a comfortable and dependable classic car, which will not only prove its worth on recreational drives, but also stand out due to its everyday practicality. 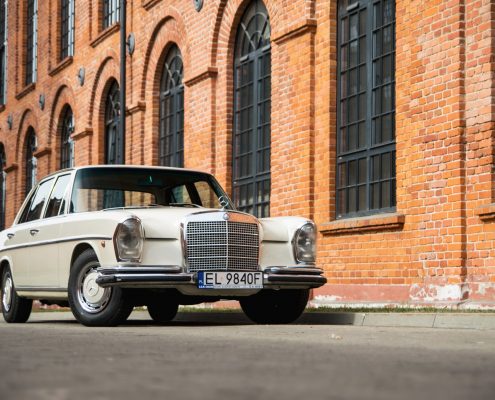 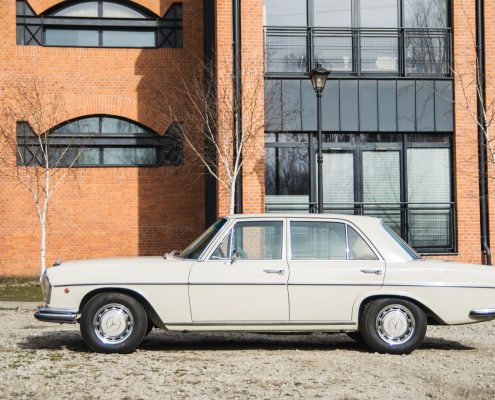 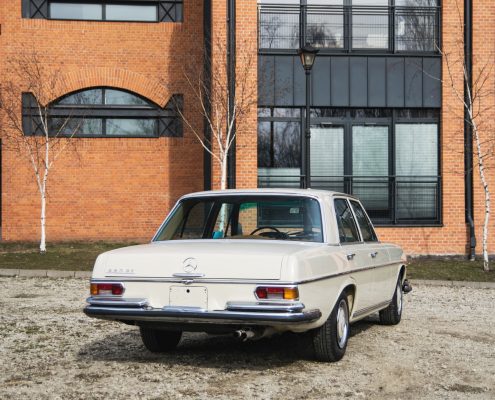 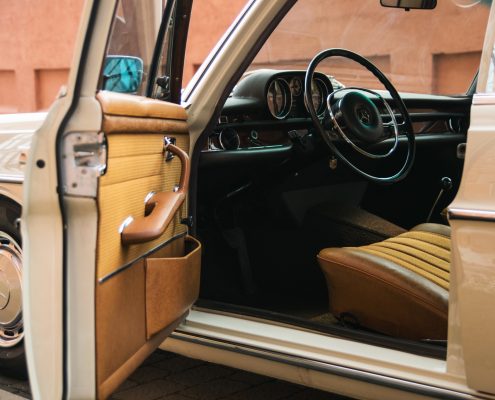 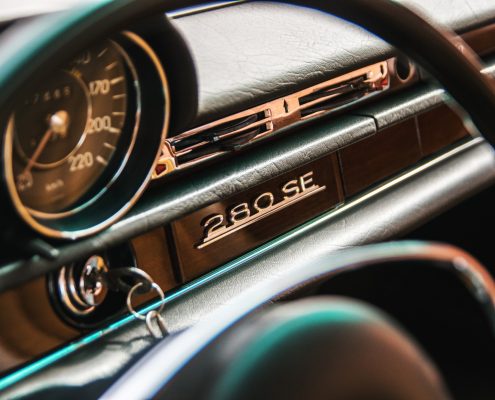 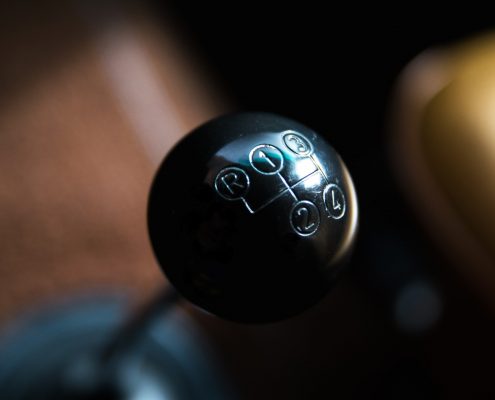 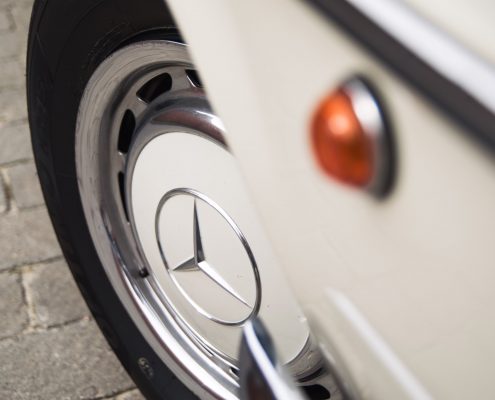 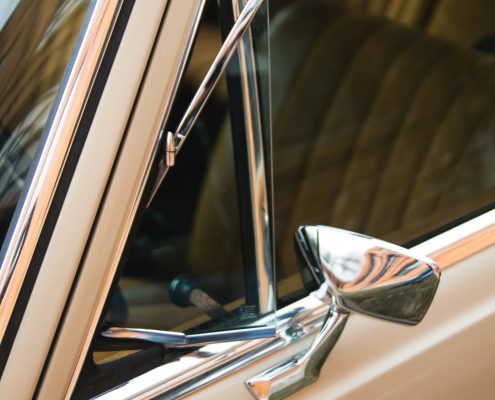 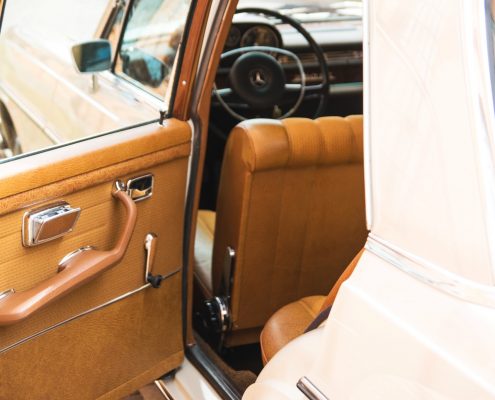 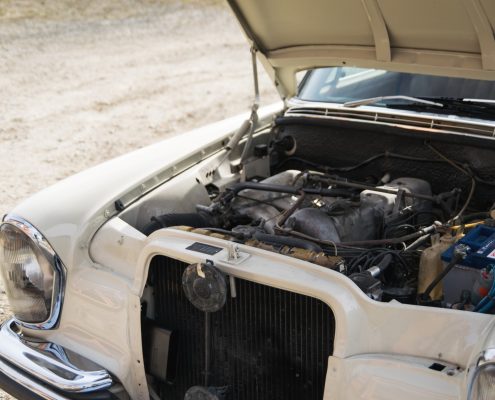 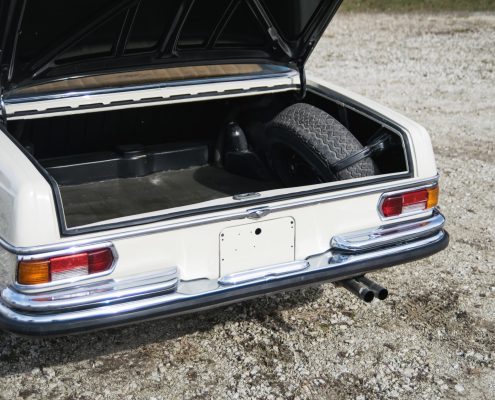 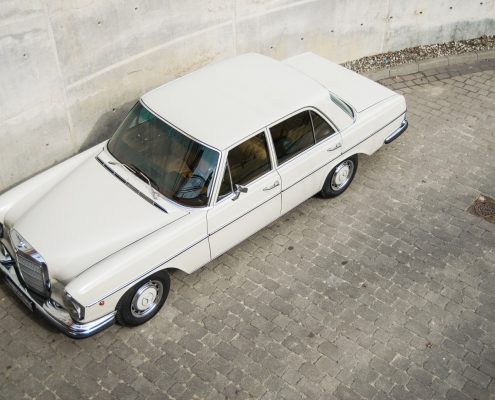 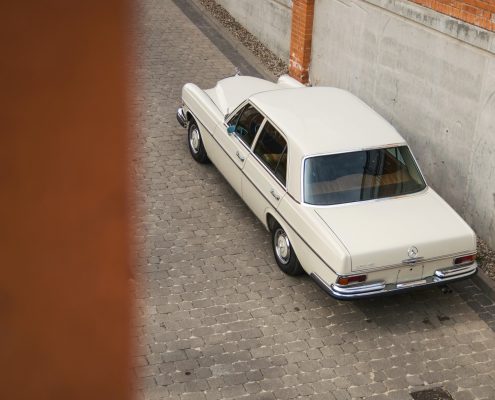 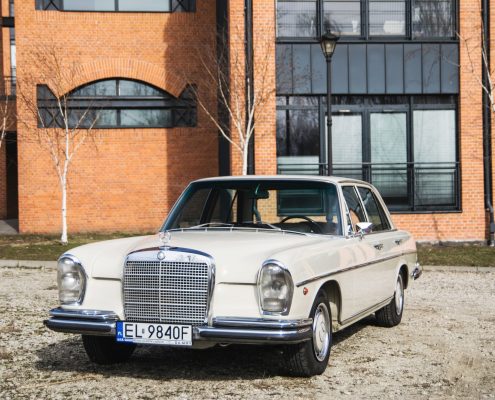