Next to the Vespa, the Lambretta is one of the most iconic scooters. Made by a company called Innocenti it was a response to the demand of the people of Italy, who needed an inexpensive means of personal transport. History of the Lambretta dates back to the year1947, when the so called „model A” was unveiled. The scooter was very easy to maintain and use; its moderate size meant it didn’t require large garage space. These unique motorcycles became even more popular when in 1949 a lightly modified Lambretta beat no less than 13 long-distance speed records. Already in 1950 Innocenti achieved a remarkable production volume of 300 units per day. In the meantime, new C and LC models with a pipe frame were created. However, they bore no resemblance to the streamlined body shape, which we associate with Lambrettas. Scooters, as opposed to motorcycles, had engines mounted under the seat and in front of the rear wheel, which was beneficial for the weight distribution. Power was channelled to the rear wheel via a shaft with its cover incorporated in the swing arm. Year 1951 marked another spectacular success of the model. The Lambretta with its streamlined body cover, equipped with a 125 cc engine achieved a whopping speed of 195 kph in the hands of Romollo Ferri. Production of the Li150 version began in 1958. Its distinctive feature were two separate seats. Motorcycles could be bought in two engine varieties: 125 and 150 cc. The 125 was offered in light grey or green colour, whereas the 150 was available in a twin-colour version. Basic colours were blue, red or grey, but the engine and steering wheel covers could be painted blue, red or green. Lambrettas are inseparably associated with a view of charming, Italian street. Their phenomenal looks always grab attention and make every drive a stylish journey back in time.

The current owner purchased the scooter in 2005. Most likely it was continuously in use right until 1988, when it was deregistered. After the purchase, Lambretta was fully restored. Its original, two-tone colour scheme was preserved. Restoration also included mechanical components of the scooter. After it was completed, the scooter was ridden for a couple of kilometres and became a part of a private collection. Right now, it only needs some adjustment and a regular maintenance after sitting for a couple of years. The Li 150 is a scooter which, despite many years under its belt, can still give its rider plenty of excitement. Quality of restoration work is a perfect evidence that even strictly utilitarian devices can be turned into beautiful vintage items. 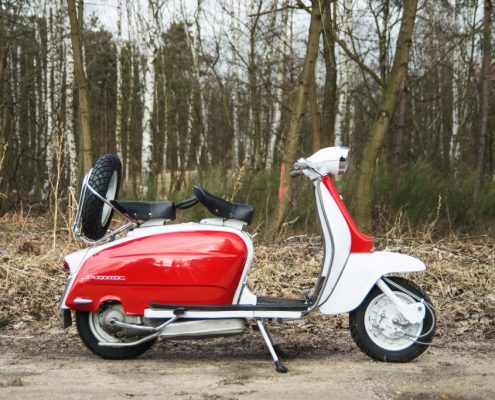 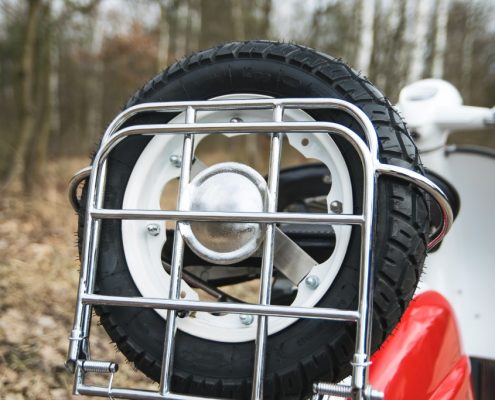 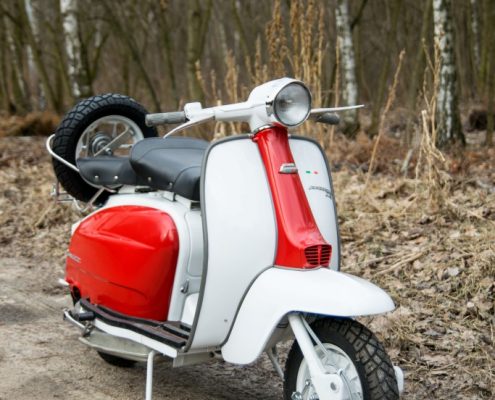 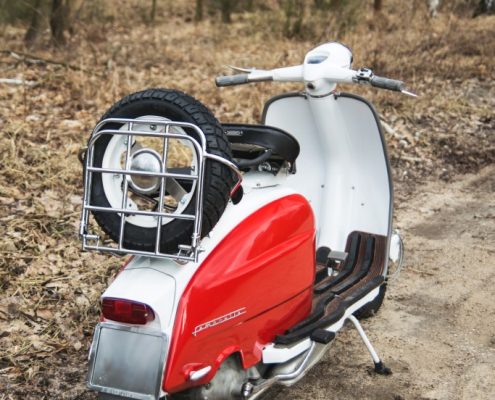 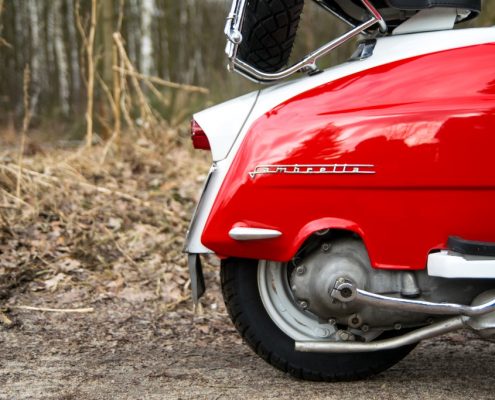 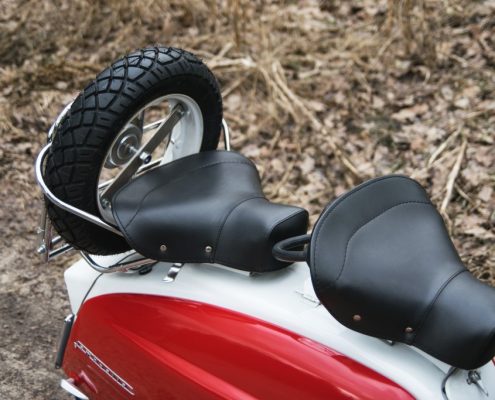 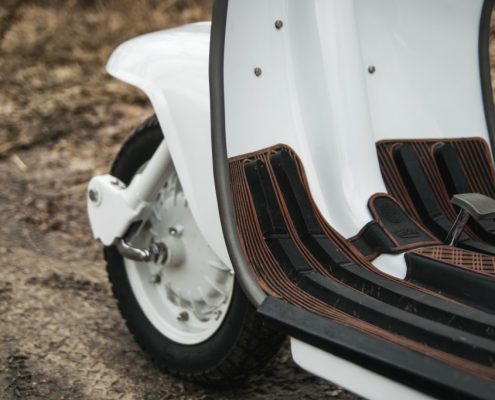 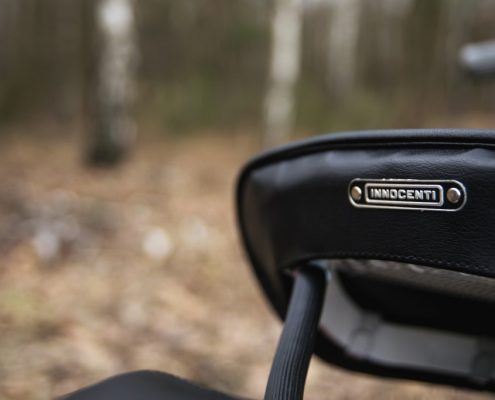 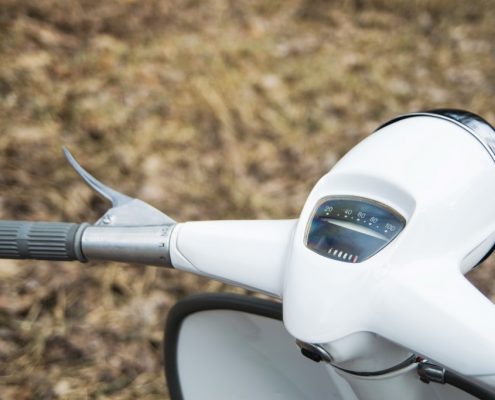 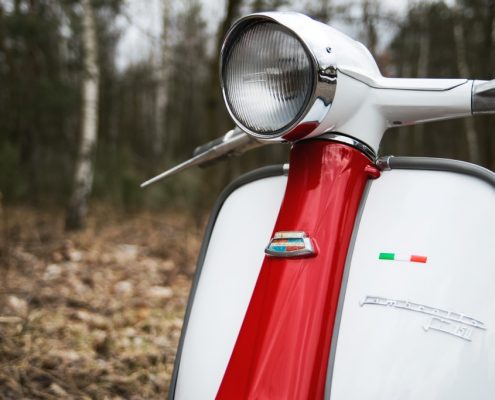 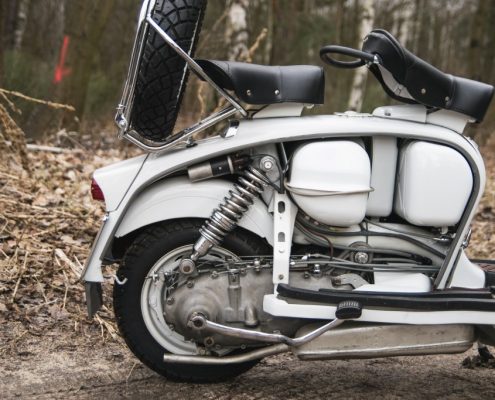 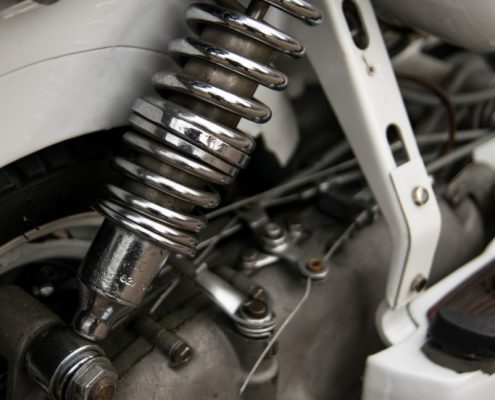