Model History
In the years 1956-1965, overall a total of 91 400 various motorcycles were produced. Model M10 was introduced into production in December 1959. Junak vehicles were produced in the Szczecin Motorcycle Factory. The project of motorcycle, which was elaborated in the years 1951-52 in the Design Office of Motorcycle Industry by the team led by J. Ignatowicz, exceeded technologically many motorcycles of renowed producers. The project was developed by experienced engineers inspired by pre-war achievements, which resulted in many similarities to the construction of Sokół 600 and 500 engine.
A number of Junak motorcycles were exported to Hungary, Turkey, Venezuela, Mongolia and Kuba, among others. They were also sold in the United States, including the road and off the road model called „Scrambler”. Junak was also
used by the so-called Citizen Militia [the unit of the security service apparatus] as a pursuit vehicle. It was used in motocross races as well as in rally raids. In 1959, on a specially designed Junak, a Polish speed motorcycle record was set
– 149,3 km/h. The economic situation in the country at that time and unfavourable location of the factory contributed to the difficulties in maintaining desired standards. Junak was also too expensive taking into consideration financial capabilities of
the Polish society at that tme. As a result of the heavy motorcycle market failure, the production of Junak was ceased in 1965. The characteristic sound coming from the exhaust pipe and loud work of the engine timing system make it possible to recognize Junak even from a great distance. Junak was even called ‘’Polish Harley’’. Despite obvious structural defects
Junak was loved and gained a cult following.
Vehicle History
Junak M10 coming from the year 1961 is a unique maschine. It was virtually drown from the barn located in one of the villages in Opole province. The counter shows 819 km and it is an original mileage. The previous owner used the motorcycle very rarely and after some time hid it in hay. It was only a few years ago that Junak was descovered. As soon as Junak was purchased by a new owner, it was dismantled, cleaned and reassembled but without damaging its original conservation status. Even the seat is fixed on a single screw as at the moment of finding the machine. In the case of this vehicle we may say about museum potential. Its value is greater, if we are aware of the unique history of Junak – the first post-war four stroke, considered one of the best Polish motorcycles of the twentieth century. 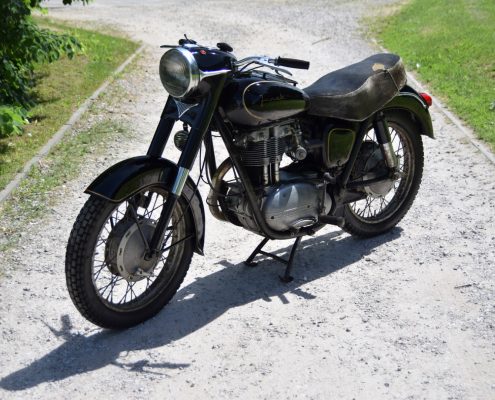 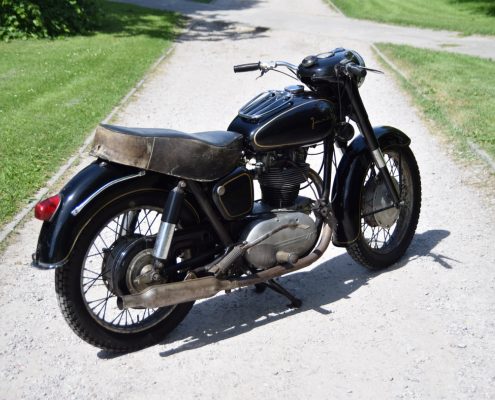 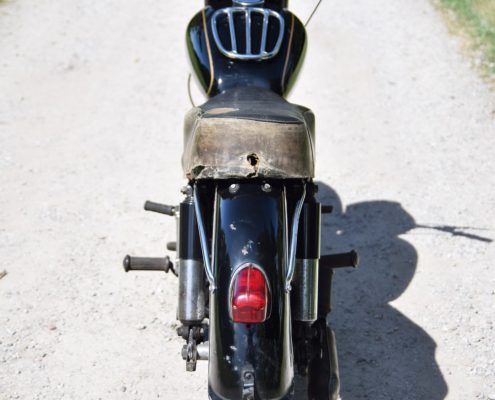 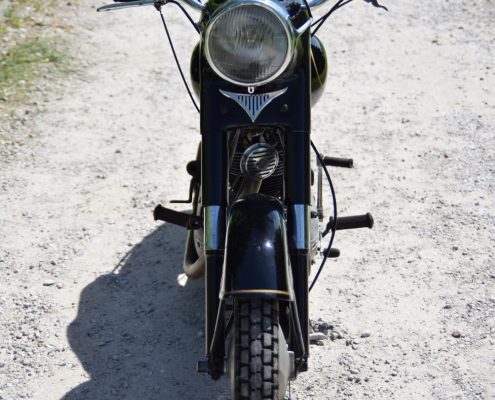 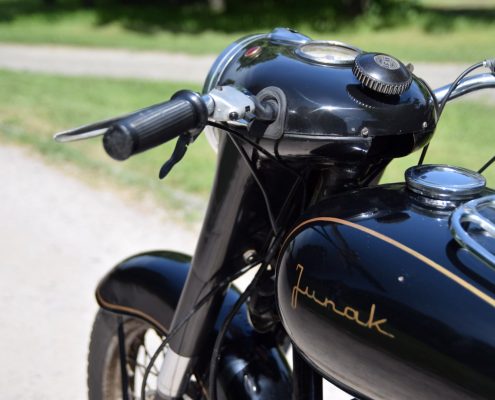 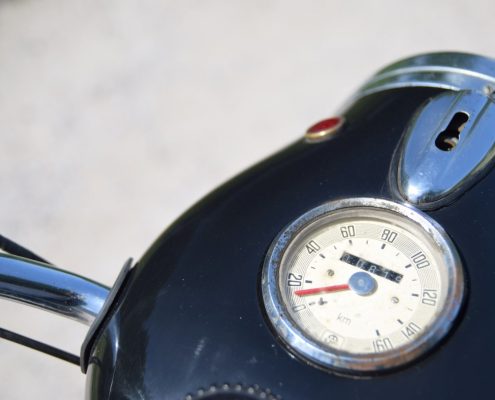 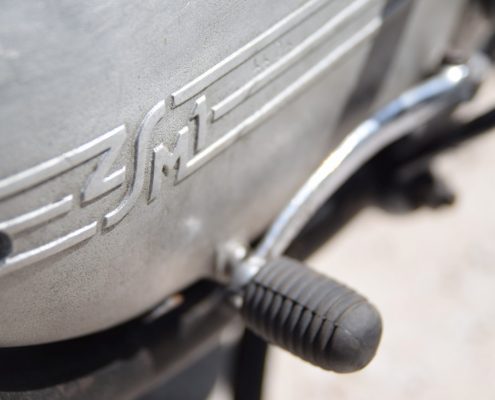 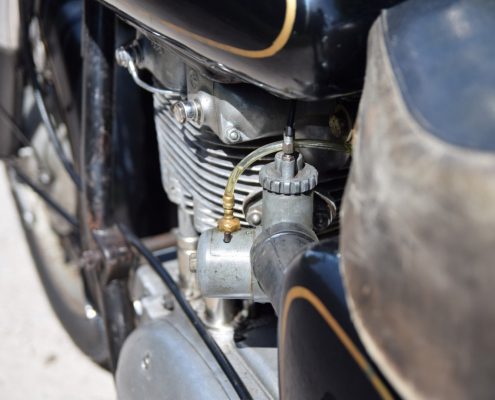 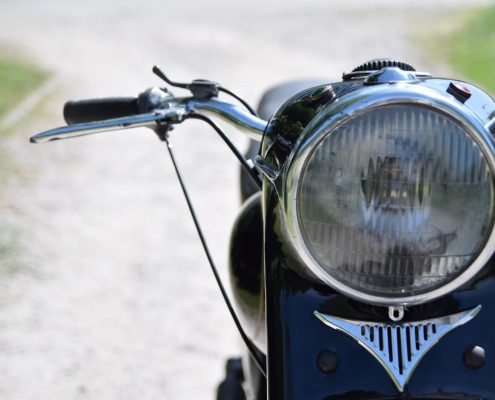 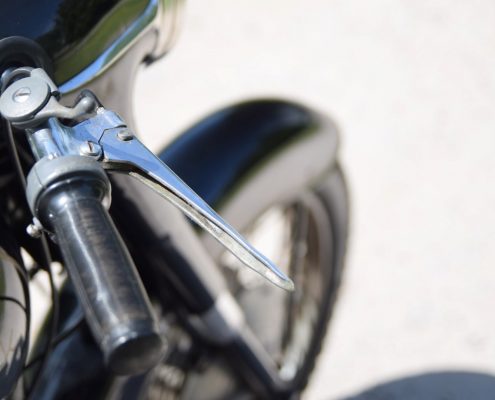 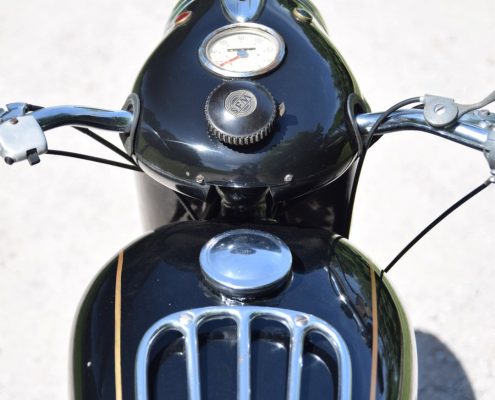 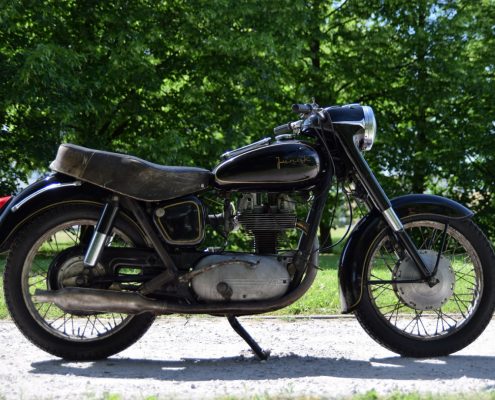 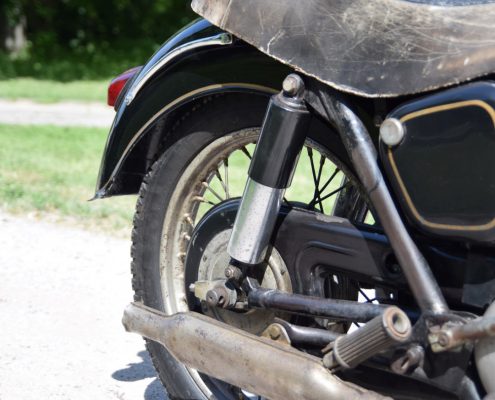 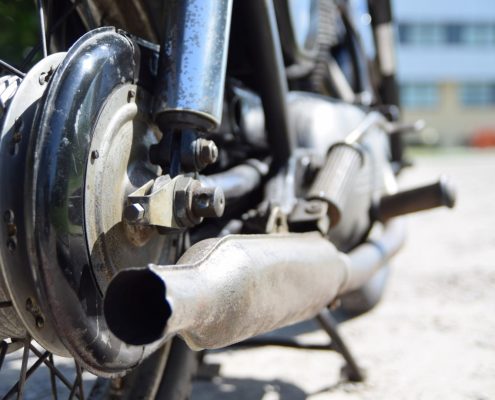 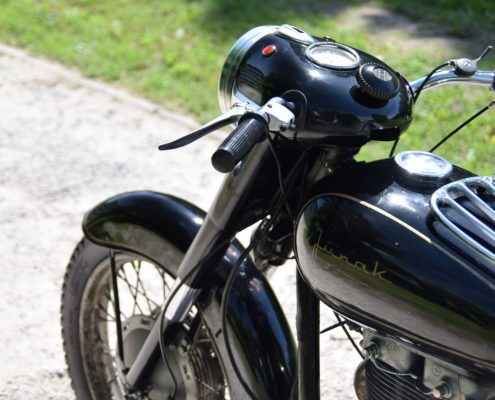 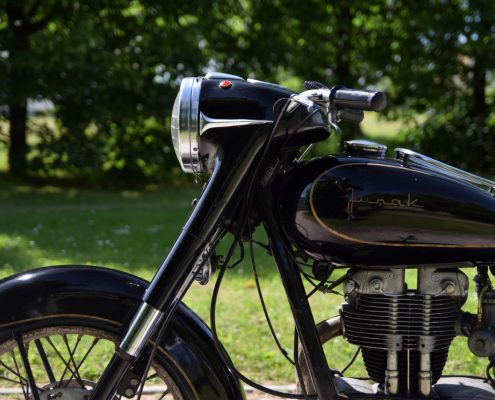 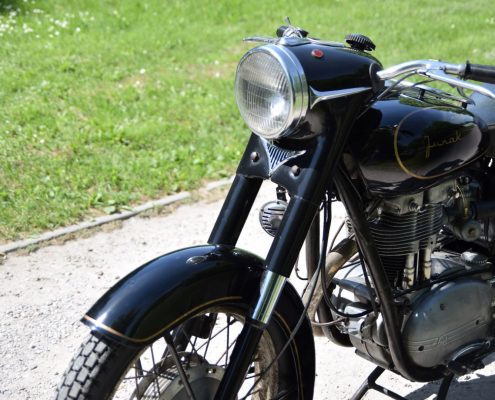 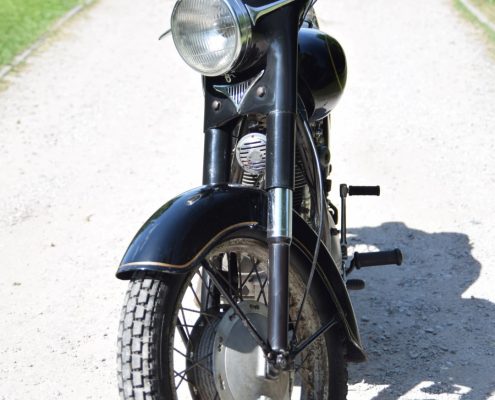 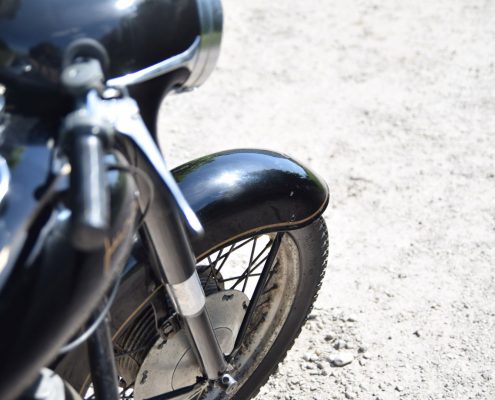 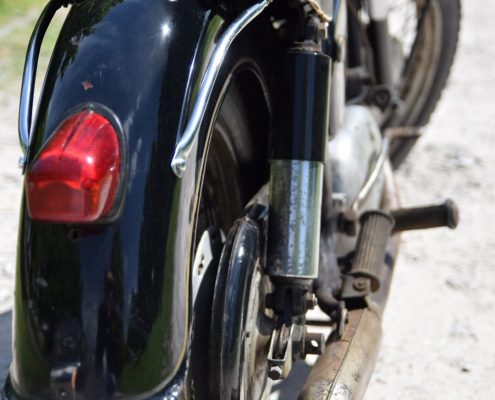