Jensen was a British brand founded by brothers Alan and Richard Jensen in 1934. The most famous and also the last car made by their company was the car in question – called the Interceptor.

It debuted in 1966 as a replacement to the Jensen CV8, which wasn’t especially popular among customers because of its controversially styled front.

This time a company called Carrozzeria Touring was responsible for new model’s design. Its previous customers included i.a. Ferrari, Alfa Romeo and Lamborghini. Body panels were initially made by an Italian company Vignale, later the car was hand built from the ground up in Jensen’s works in West Bromwich.

Under the bonnet of the Interceptor there was a 6.3-litre V8 engine made by Chevrolet. Initially it developed 325 BHP, which was enough to accelerate the car from standstill to a 100 km/h in 6.5 seconds. For such a large GT car, this was a remarkable result. From 1971 the 6.3-litre engine was replaced for a 7.2-litre unit, which – depending on the version – developed either 330 or 385 BHP.

Power was transferred to the rear wheels via a three-speed automatic gearbox through a limited speed differential. Customers could opt for a four-speed manual gearbox as an optional extra, but the demand was so low it was dropped in 1969, together with the launch of a refreshed version also known as Mark II.

Another facelift was performed in 1971 (Mark III). Apart from a bigger engine, the Interceptor received a number of external updates (newly shaped grille for example) as well as refreshed cabin and seats.

Production of the Interceptor ended in 1976. Despite receiving numerous rave reviews it from the media, emphasising its monumental performance and sumptuous comfort, it wasn’t very popular among customers. Its steep price and  the 1970s oil crisis didn’t help either.

Overall a total of 6408 examples were made, 1046 of which were left-hand drive (the car was also sold in the United States) and 267 were convertibles. The rarest version is the coupe – just 60 examples were made.

Nowadays a company from Great Britain rebuilds original Interceptors using modern components, with a 6.2 litre sourced from a Chevrolet Corvette. Original Jensens are highly sought after by collectors.

The Jensen Interceptor Mk III with a chassis number 140/8352 was made in March 1973 as a vehicle destined for the American market. It left the factory with an exterior painted in a colour called “Oatmeal” (a bright shade of beige) and a “Mocha” interior (resembling brown coffee). Interestingly, the option list is completely bare – it doesn’t even have a radio. It was restored in the USA probably more than ten years ago, when its exterior was repainted gold and interior wrapped in beige leather. It was imported to Poland in June 2016 from Colorado. All the import charges have already been borne.

As of today the interior is in a good condition, but the bodywork requires new paint and several repairs. Mechanically, the engine was completely rebuilt in the USA and – apart from adjusting the carburetor – needs no financial outlay. However, handbrake pads and steering gear need looking at. This is a very interesting example of the Series III Interceptor, a true legend of a car which becomes increasingly sought after by collectors and a one that – after a few repairs – will bring its new owner a lot of driving pleasure. Especially with its 440ci, 280 BHP engine. 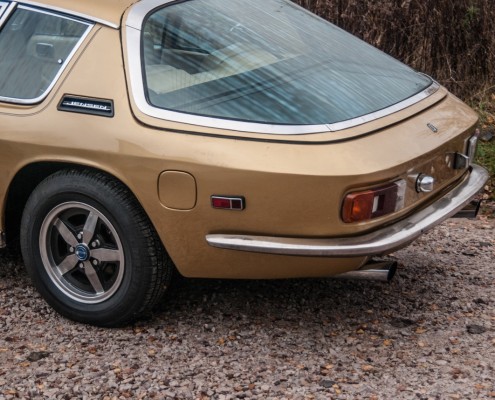 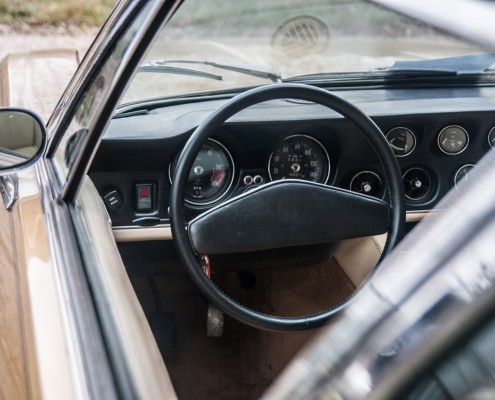 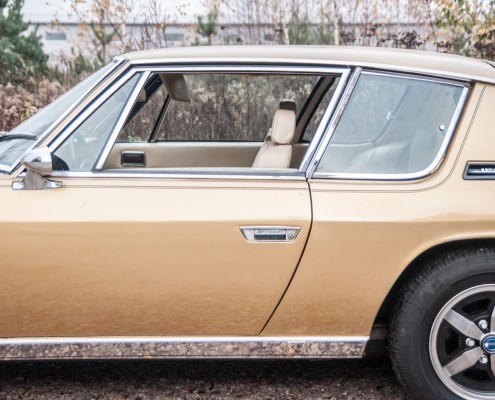 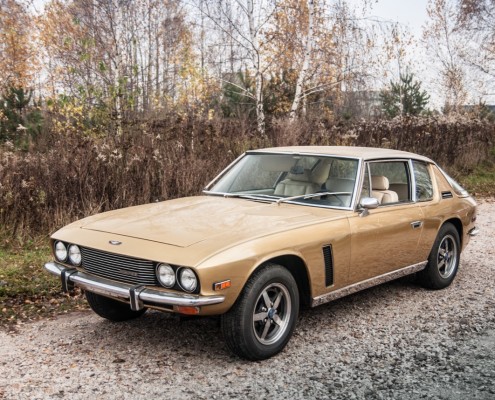 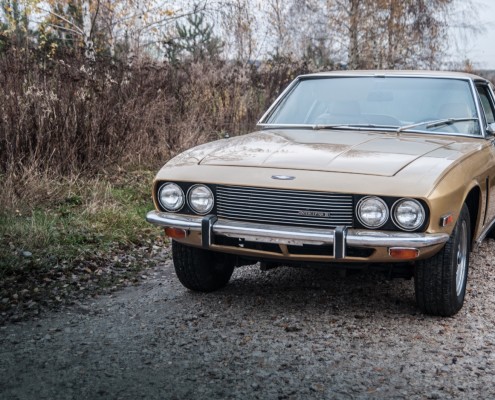 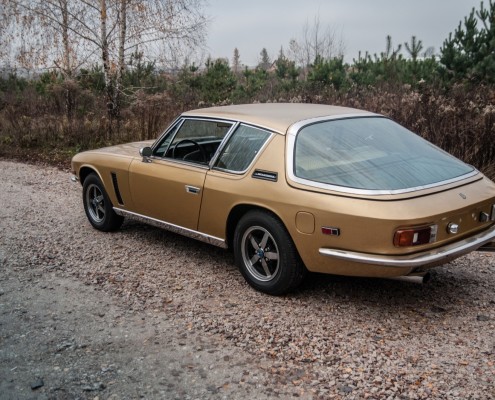 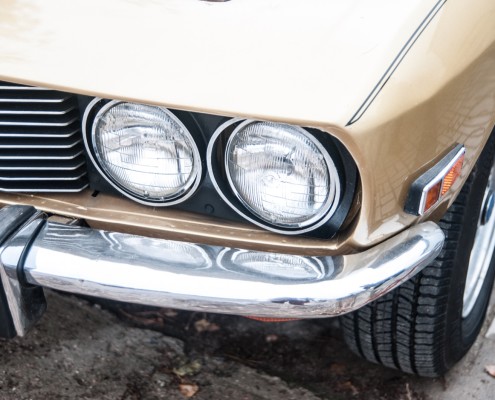 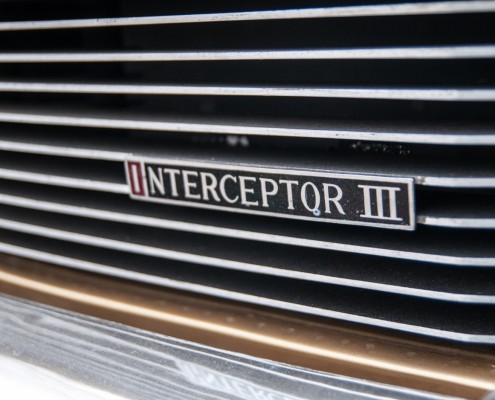 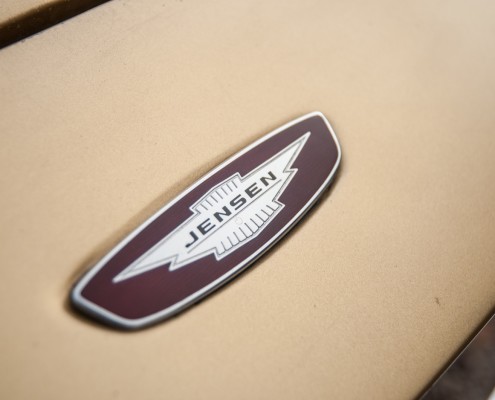 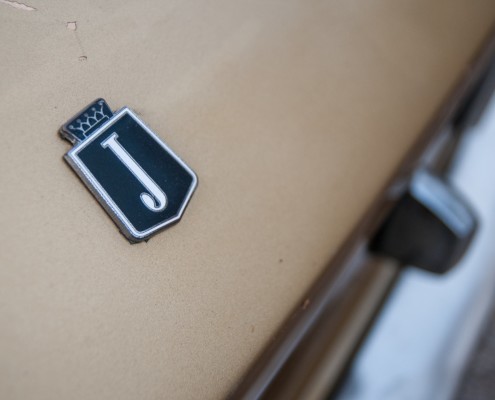 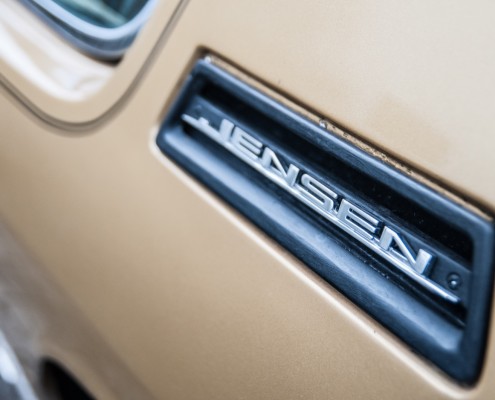 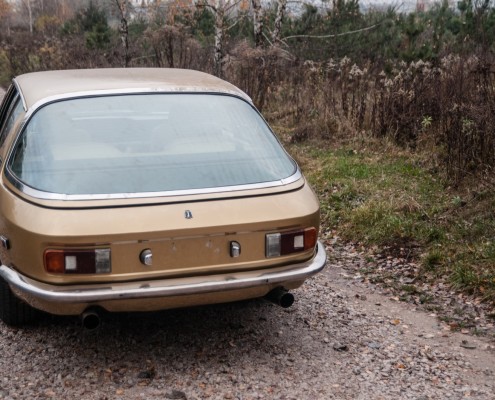 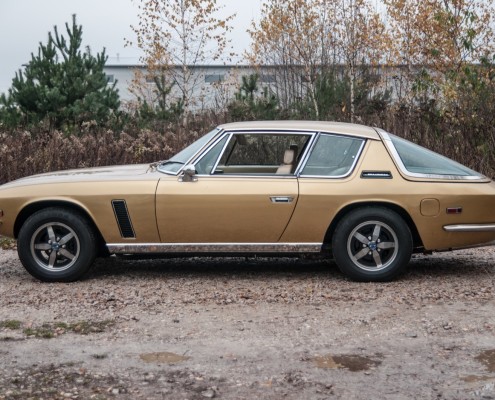 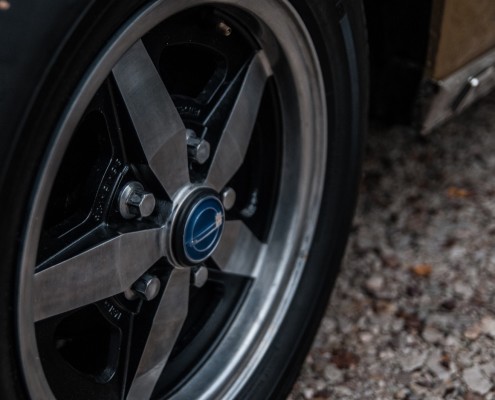 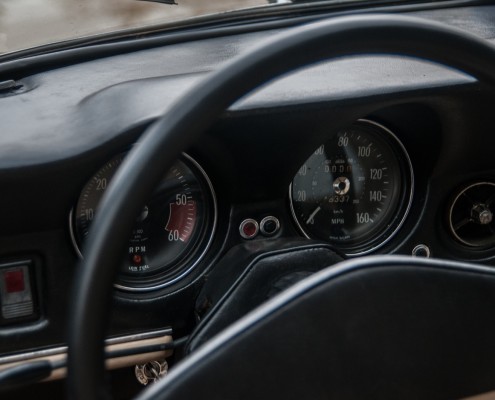 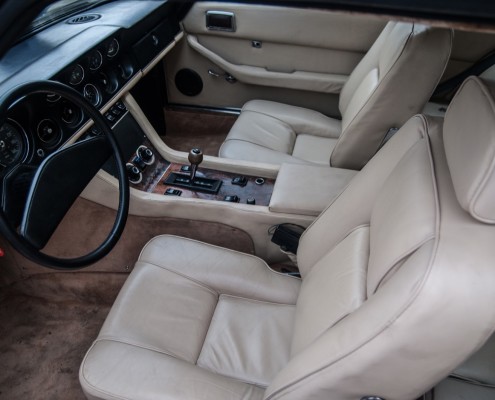 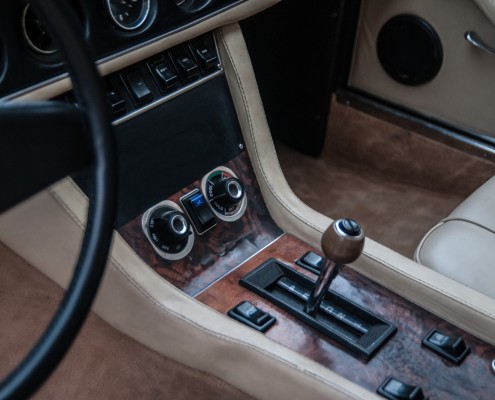 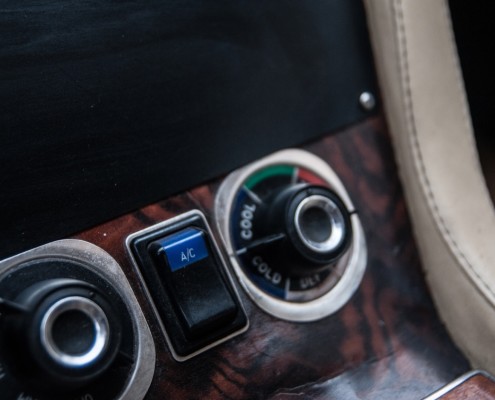 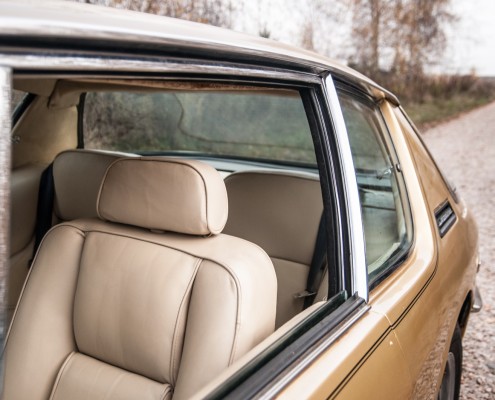 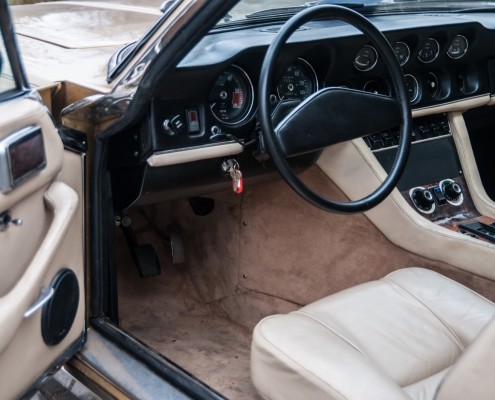 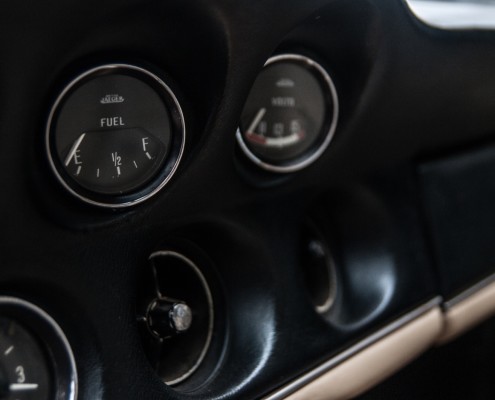 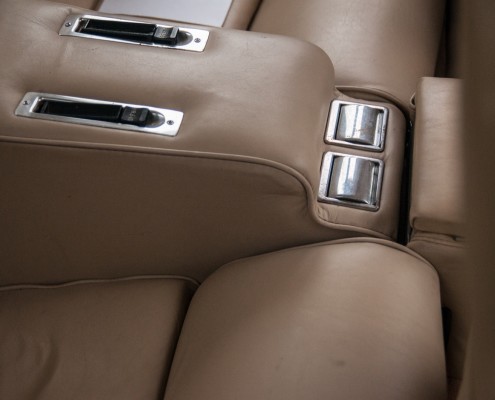 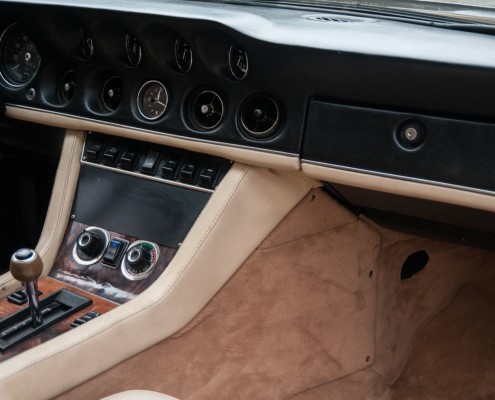 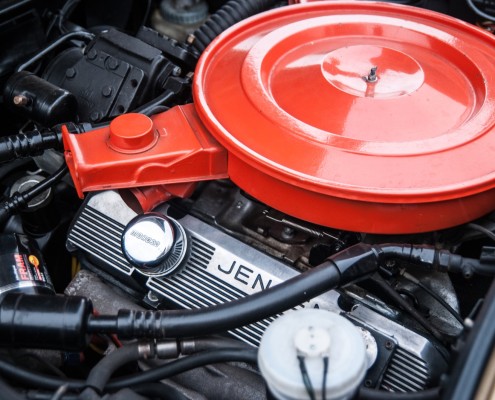 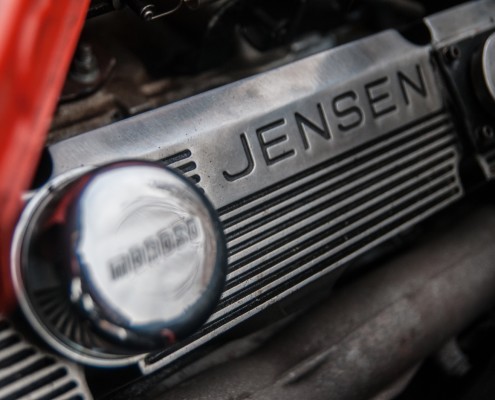 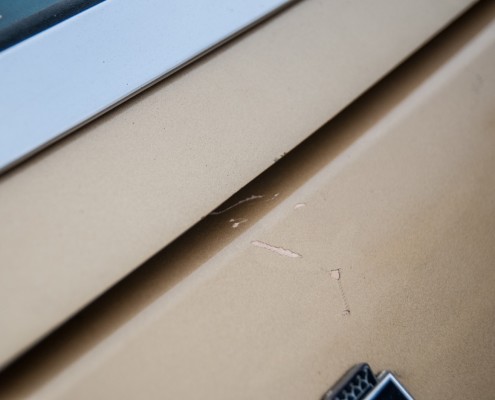 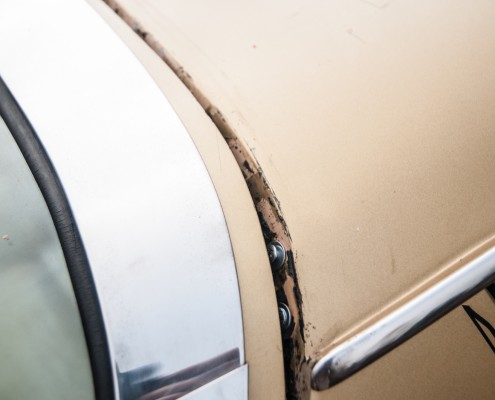 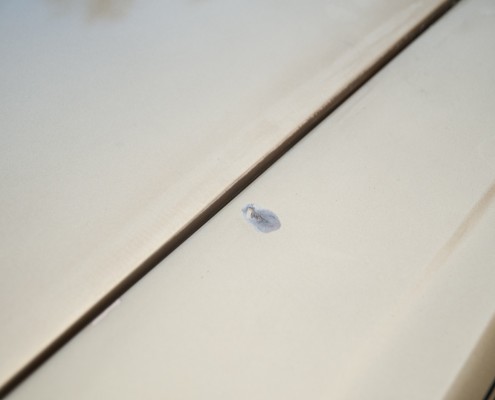 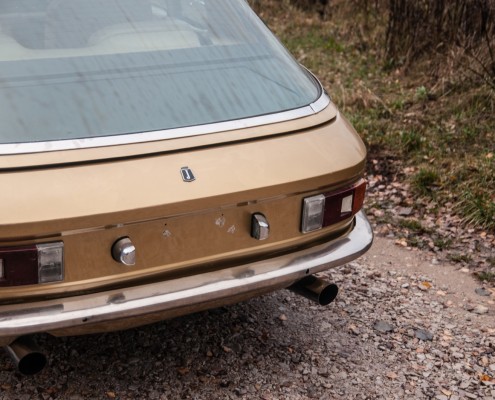