The Jawa Pionyr (eng. pioneer) is – as its name suggests – the top model of the Jawa 50 range and also one of the most popular mopeds from the eastern side of the Iron Curtain. Its production was launched in 1954. The oldest Jawa type looks a bit like a scooter without the fairing. The vehicle’s design was simple and compact, with decent level of ergonomics for its rider. At the time of its inception, a challenging social and political situation in Europe forced designers, engineers and factories to create simple, relatively reliable products with low running costs.

The moped’s fuel consumption was rated at 1.5 litres per 100 kilometres. Given that petrol was rationed at the time, good fuel economy was a huge advantage. At the time Jawa was famous for making motorcycle engines with reasonable performance and decent durability. Small engines with a displacement of just 49 cc were able to last for more than 25 000 kilometres. This was an excellent result, especially considering the fact that two-stroke engines are generally less durable than four-strokes. Jawas were easy to use, easily accessible and light – those advantages made them popular with everybody: men, women and youth. The 550 model is becoming increasingly rarer nowadays. Many of them were destroyed in the 1990s after the fall of communism in Europe, as they were perceived as worthless relics of collapsed and hated political system.

The Jawa 555 featured on the Winter Auction was saved from being scrapped by its current owner, who found it on a yard next to a house he occasionally visited, where it sat rusting under a thick layer of dust. The motorcycle stayed in the hands of one family for two generations. It sat abandoned in a corner for more than 10 years without being fired up once. In 2015 it was completely rebuild thanks to its new owner.

It was made in 1960. Its original paintwork was red but it was repainted in a matching colour. The engine, coupled to a three-speed gearbox, is fully original. It was dismantled, underwent a thorough inspection and preserved. Its seals and fluids were also replaced. Today the Jawa works perfectly fine. It is a perfect choice for those who want to stand out from the crowd with an unusual, more than 50-year old motorbike maintained in an exceptionally good condition. 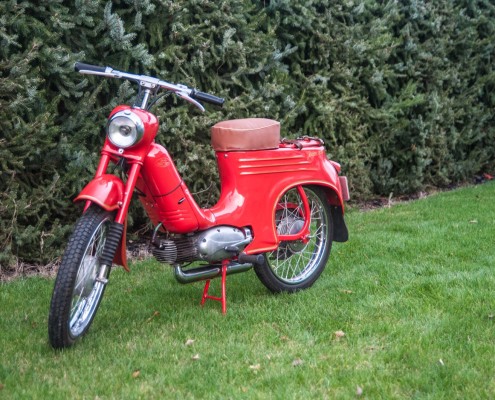 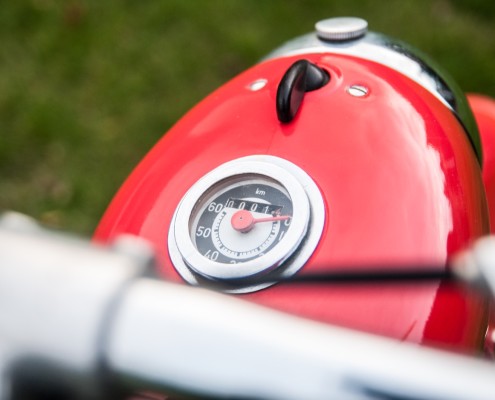 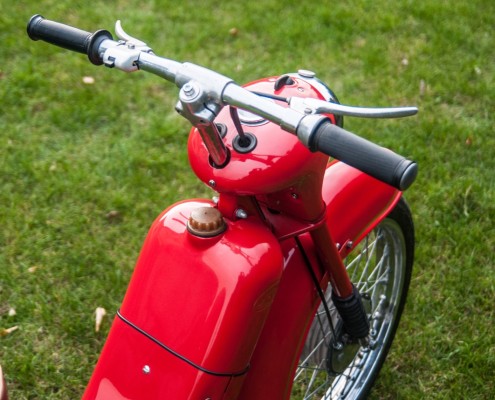 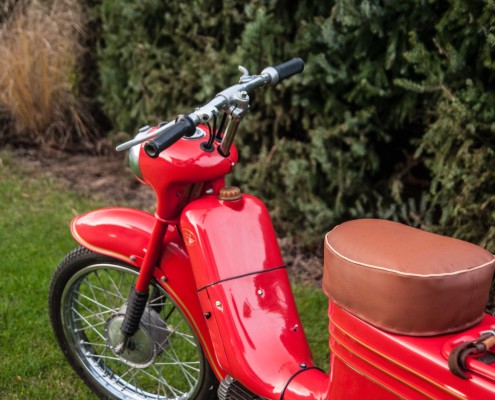 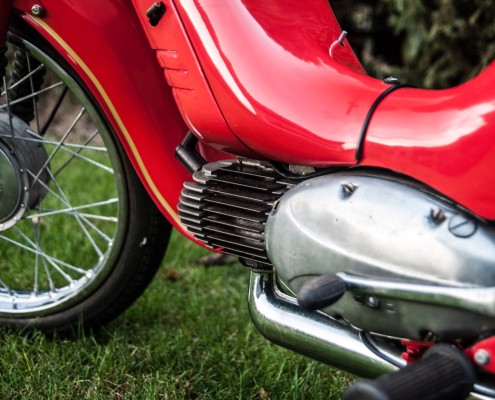 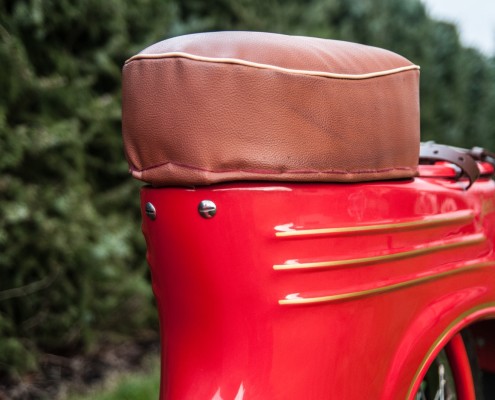 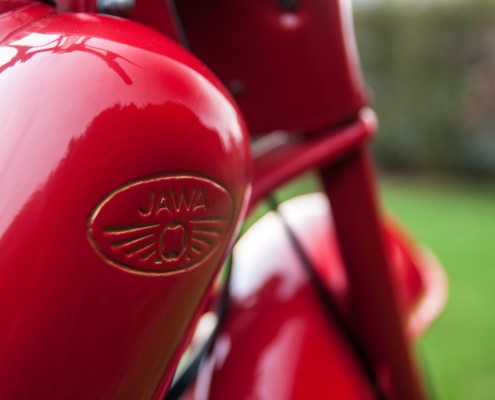 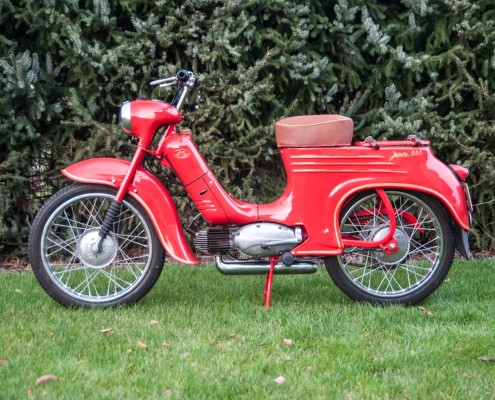 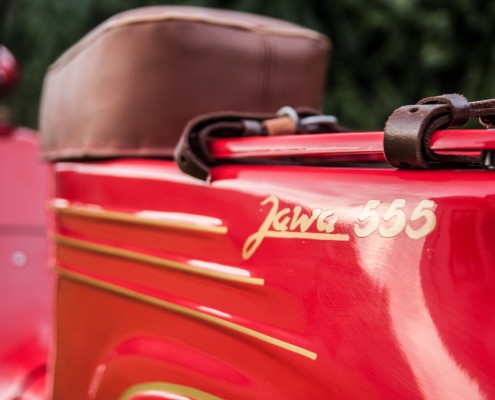 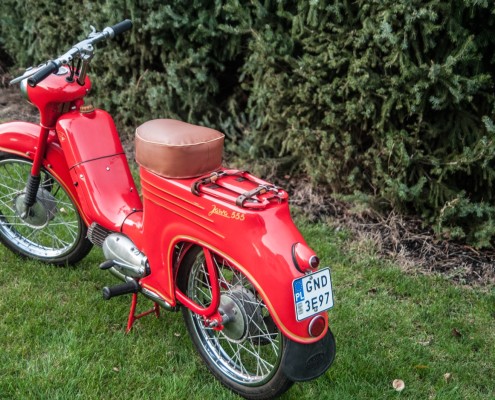