FN stands for Fabrique Nationale de Herstal, French for National Factory of Herstal. It was founded in 1889 to manufacture firearms for the Belgian army. In 1901 FN works manufactured the first motorcycle powered by a 133 cc engine. Four years lated a pioneering FN four model was launched, propelled by engines ranging from 350 to 750 cc. It was the first four-cylinder motorcycle in the world. Early examples were equipped with a one-speed gearbox, was driven by a shaft and had a decompressor which made engine start easier. In 1908 the FN was given a two-, and later on a three-speed gearbox. At the time, this was the most technically advanced motorcycle and until 1911 it was also the fastest. For nearly two decades the FN used a chainless drive, that is a so called Cardan shaft. The same spirit of innovation was still there when the company designed single-cylinder motorcycles. FN was one of the first manufacturers to use a uniform engine and gearbox design. At the end of 1923 a new motorcycle was launched with a 350 cc OHV engine. This model was called M60 and began a series of hugely popular motorcycles. Its evolution was a 500 cc M67. After some time it turned out that overhead-valve engines are chosen mostly by sporty drivers, so the manufacturer decided to produce a side valve engine designed for everyday driving. .The M70 model was fitted with drum brakes, ha dan extended wheelbase and modified exhaust. Introduction of this version was celebrated by an epic journey. Two French officers and a Belgian mechanic travelled from Liège to northern Africa, covering a distance of 6300 kilometres, including the Sahara desert. The vehicles proved their excellence by never letting them down.

Presented example was made in 1928. It has been in the hands of one owner in Holland for many years. In 2016 it was imported to Poland and underwent a thorough restoration in a specialized workshop. Restoration was performed in accordance with pre-war engineering and craftsmanship. This includes details from the period, such as cotton cable weave for example. The auctioned motorcycle is the “Grande Luxe” version, which originally featured a carbide headlamp. Over time it was replaced with a Bosch headlamp powered by an alternator, also made by Bosch. During restoration it was established that the alternator came from the same period as the motorcycle itself, judging by a unipolar voltage regulator used by Bosch in early devices of this type. This particular FN motorcycle is not only a very rare and valuable object, but also a beautifully restored one. Thanks to excellent quality of work the motorcycle has been brought back to its original condition from 1928, when it left the factory. 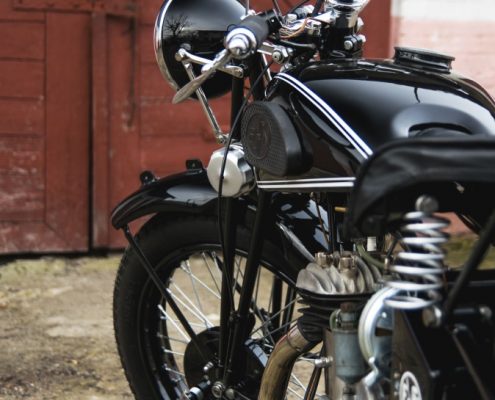 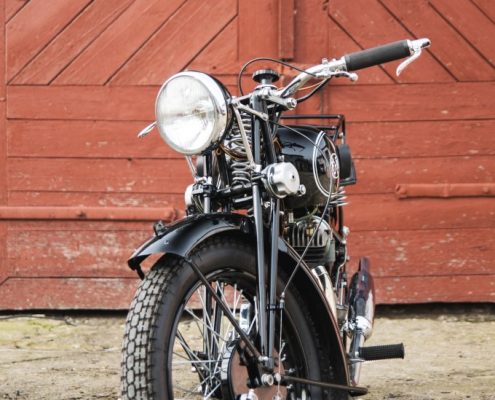 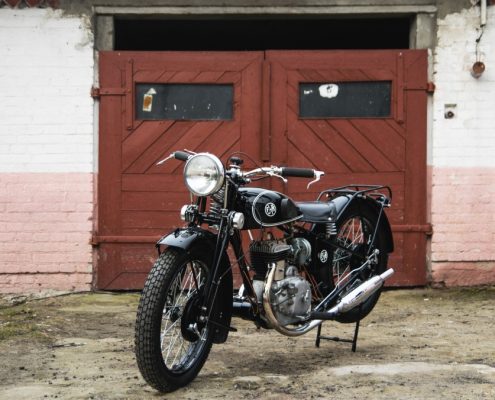 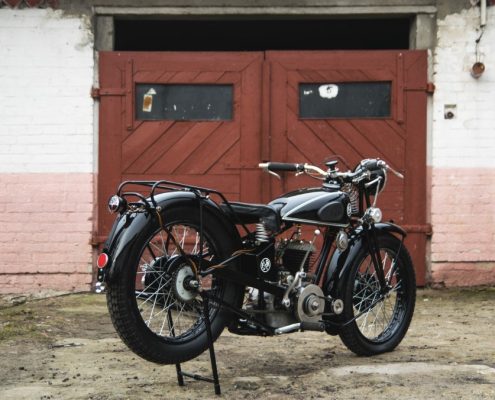 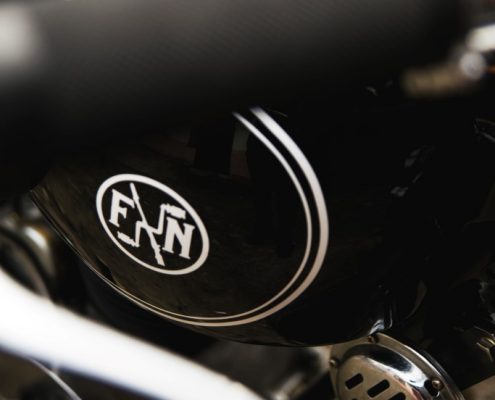 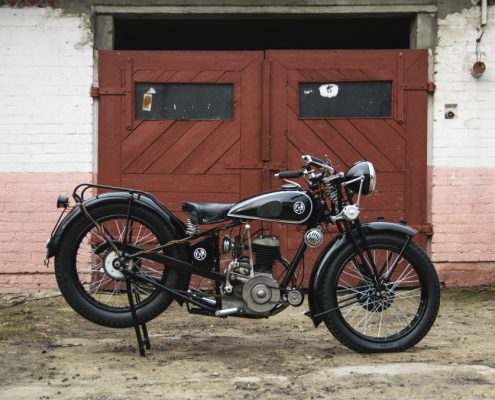 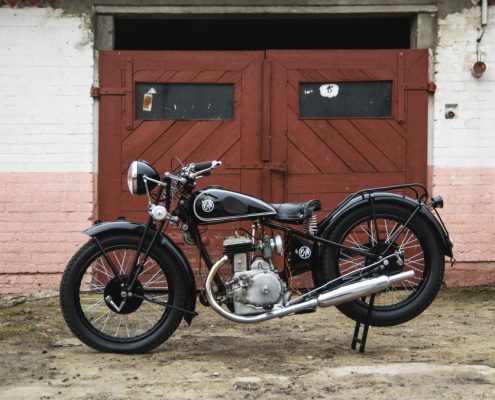 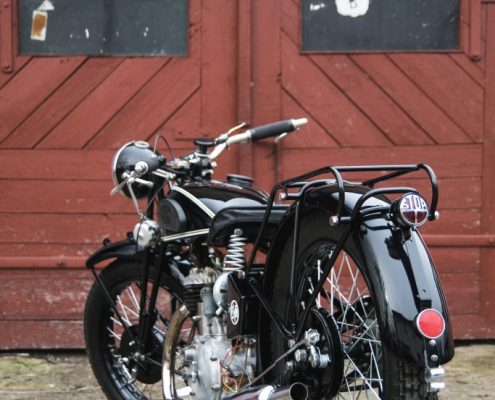 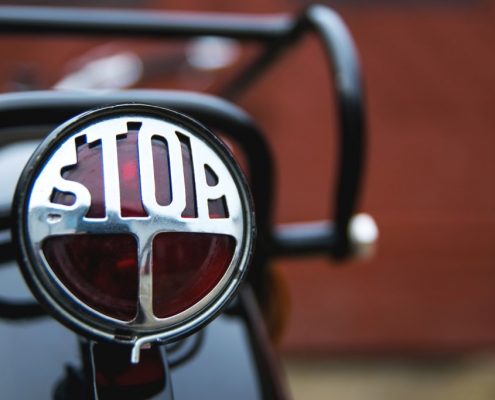 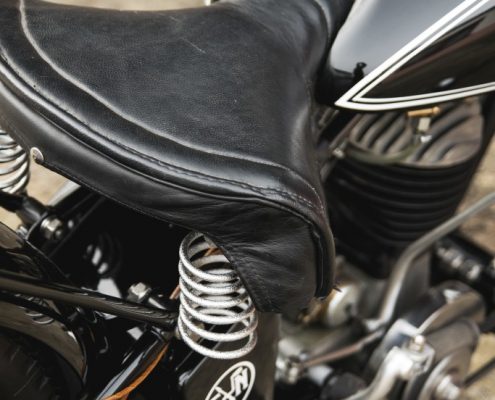 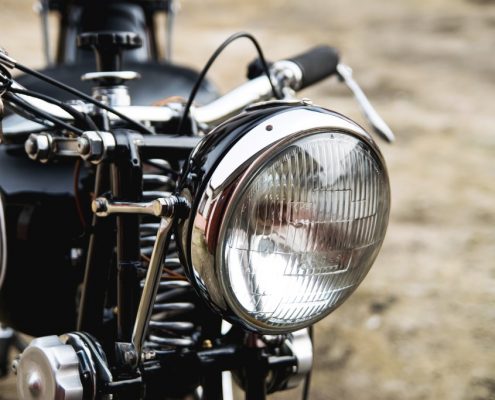 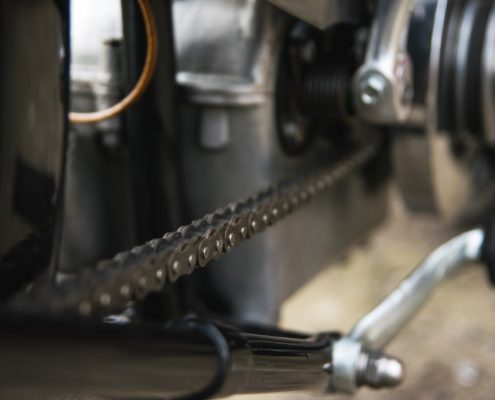 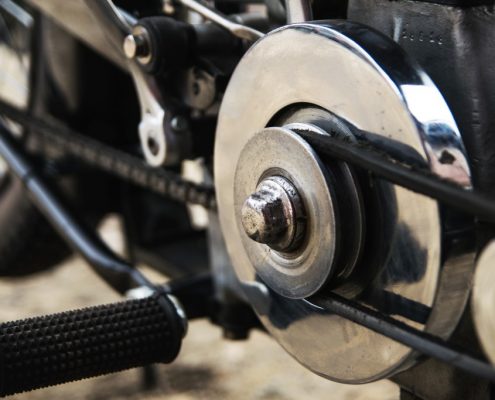 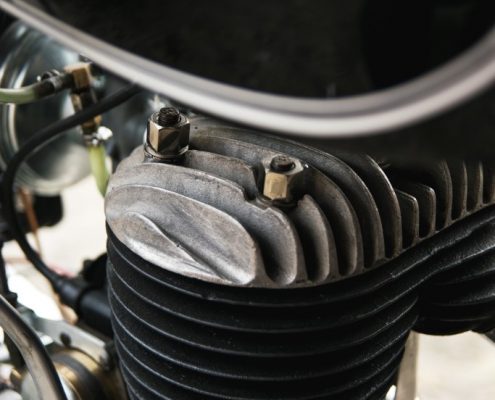 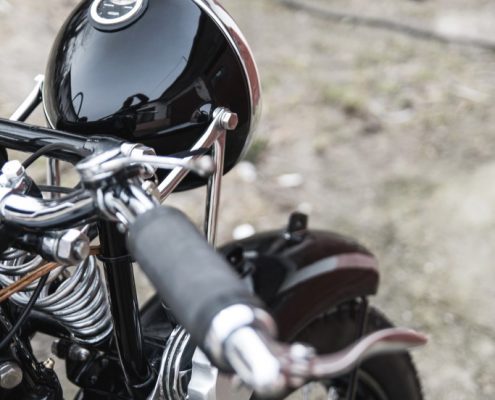 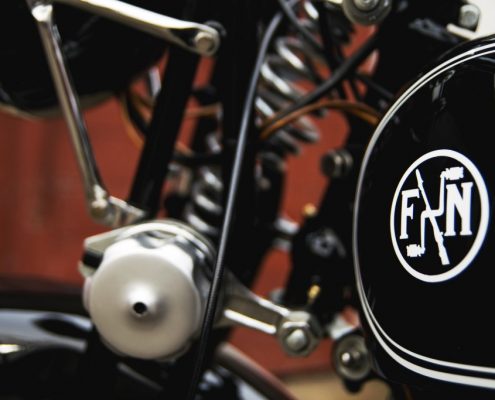 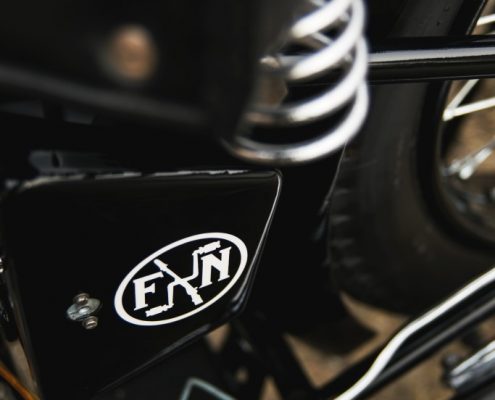