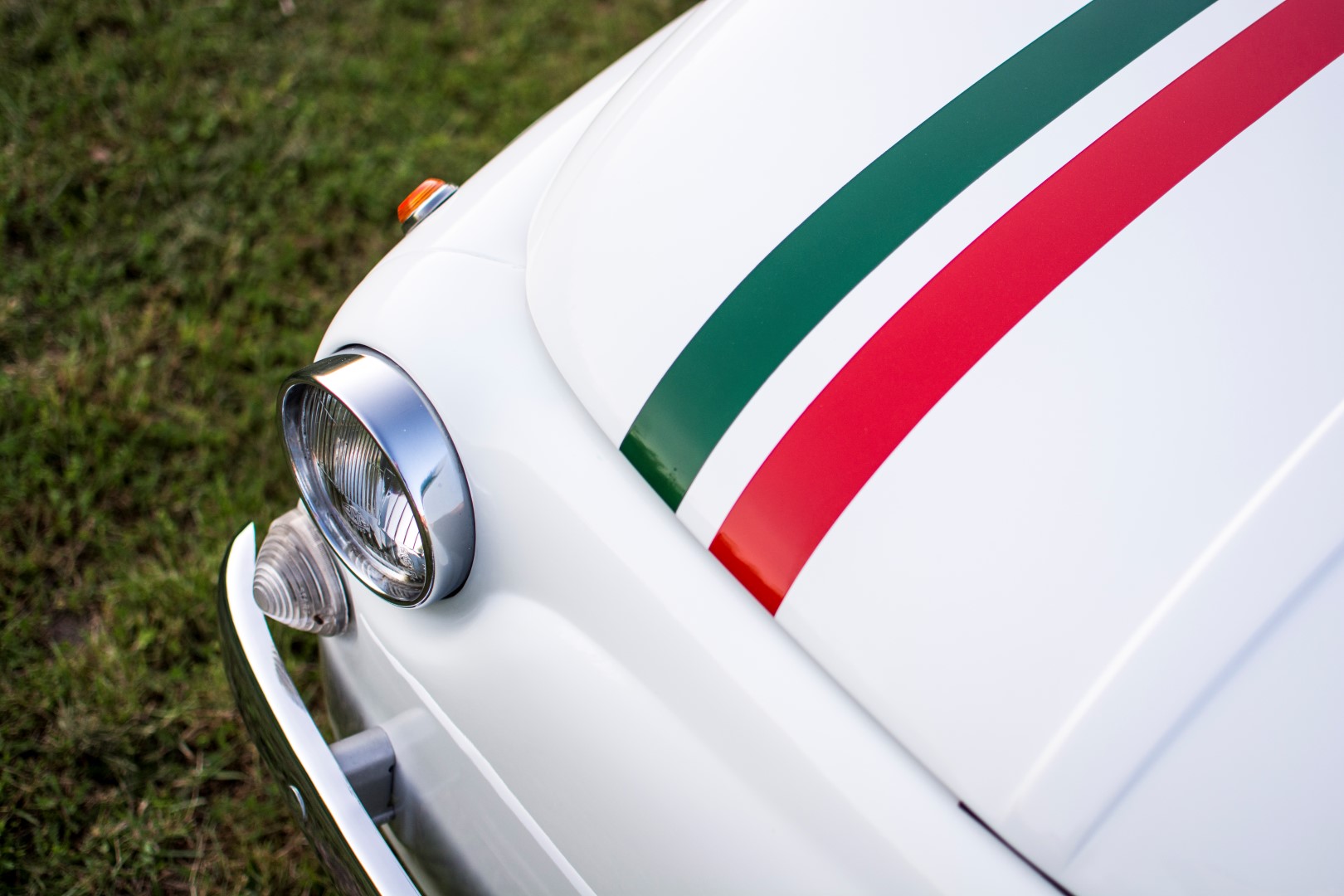 The Fiat 500 not only motorised the post-war Italy, but became the symbol of the Italian way of life and design and one of the most-liked cars of all time. The model was launched in 1957. At the time, Italy, which was recovering from the war, needed a cheap, mass-market car. Since 1955, the very similar 600 model was available on the market. Still, Fiat decided to introduce an even smaller model. The 500 was only 2.97m long. The body was designed by Dante Giacosa. The air-cooled two-cylinder engine was rear-mounted, with rear wheel drive. Interestingly, the car did not feature a two-stroke engine, which was a popular solution at the competing brands. The first version Fiat 500 had a 497cc engine, which produced 13.5 BHP. A more powerful Sport version featured an engine bored out to 499cc. That displacement became a standard feature in 1960 and engine power increased to 17 BHP. Later versions, starting from the 500F produced from 1965, featured front-hinged doors. The interior was also gradually better equipped and trimmed. There was a number of sports editions on the market offered by carmakers such as Abarth or Giannini. The 500 was also available in an estate version (Giardineria) or as a relatively rare doorless Jolly Ghia with canvas roof. The model was retired in 1975. During the last three years, the Fiat 500 was sold alongside its successor, the Fiat 126. That last version of the model was the 500R, which featured a synchromesh gearbox. In total, nearly 4 million units of that charming model were made. Nevertheless, it is a relatively highly sought after vintage car, in particular since the launch of the new Fiat 500. On the other hand, there are still some original 500s in daily use in Italy.

This Fiat 500 was imported to Poland from Verona, where it was owned by a single family since 1975. The first registration card issued in 1975 is still available. The car is the 500R model featuring an engine boosted to 18 BHP and a synchromesh gearbox, which makes it easier and more pleasurable to drive. Four years ago, the body was repainted. After it was imported, the Fiat was thoroughly inspected and all the defects were repaired. The car now features new seat upholstery, red interior, new aluminium rims and tyres. The paint job was refreshed with great care. The car looks now really well in the flashy, high-contrast livery. The extra accessories such as the rims, Italian-flag coloured body stripes and the external trunk make this small Fiat  even more racy and iconic. The car will certainly catch eyes not only during pleasure drives on Polish roads but also at vintage car shows, including Italian only car shows.