Fiat 126p, affectively called “Maluch” by the Poles is likely the most recognized car in Poland. Generations of drivers learned how to drive on it, and it is a fact this car motorized the country. Its history started on Polish roads in 1971 when the country‘s communist government signed a licensing agreement with the Italian marque. The 126 was replacing the legendary 500.

In November 1972 its oficial presentation was made in Warsaw. Back then, the car was still manufactured in the Cassino plant in Italy. Manufacturing in the Polish city of Bielsko-Biala started in Summer 1973, at the beginning cars were assembled from parts imported from Italy. In 1975 manufacturing started also in the Tychy, not far from the main site. The 126, now with a “p” for “Polski” at the end of its name was first equipped with a 594 cubic centimetres engine of 23 horsepower – the 600 version. In 1977-78 the displacement was risen to 652 cc, outputting 24 horsepower. The new car had better brakes, cooling system, quieter engine, and it was equipped with an alternator.

In Italy, the production of the 126 was stopped in 1980, but in Poland the car was manufactured until the year 2000. Given its low price and easy access to parts, it was a very popular model in Polish motorsport, for example, there was a dedicated 126p Cup in rallycross.

For many years the Polski Fiat 126p was the cheapest vehicle on the Polish market. It blended forever in the motorized landscape, it is still present in art and was an important element of Polish popculture, First desired, then laughed at and chosen because of the need of having a car, it is living now a comeback as a sought for classic car and a monument of motorized Poland.

Presented at the Winter Auction Polski Fiat 126p left the FSM factory in 1978, equipped with the 600 engine, but already with the body and comfort modifications of the 650 version. It was ordered in the very pleasant and sought for color Turchese Farfalla, factory color code 463. Its interior was kept in the standard black tint.

Its first registration was only made in 1997, which might suggest that it could have been never driven for 20 years, since its delivery to the first owner. Today the odometer reads 23 000 kilometres, and the condition of the little Fiat and its first registration date could confirm the kilometrage is authentic. In terms of body, its current paint condition is really good – only the roof, the bonnet and a stripe on the driver‘s door have a second layer of paint.

What makes the Fiat 126p from the Winter Auction truly exceptionnal is not it‘s condition, but the range of modifications carried on this car. The engine was rebuild from ground up and modified for a competition use by one of the best 126p specialists in Poland, Jacek Chojnacki. Now the car horsepower was increased from 23 to 34 horsepower, and its displacement reached 652 cubic centimetres instead of 594. This modification can‘t be seen from the exterior of the engine, only the double exhaust suggest the car is far from a standard 126p. This “Maluch” as also equipped with lowering springs, and Italian manufactured shocks, of stiffer specification, plus a new braking system. All these mods are documented by bills of the amount of 16 000 zlotys. Inside, copies of the 1970‘s Fusina sport seats were installed, the same goes for an original Safari radio couple to a pair of spheric speakers.

The new owner of this 126p does not only but a legend of Polish automotive industry, on top in a very interesting color, but also a sports car, built to a specification made in the 1970s of the twentieh century. 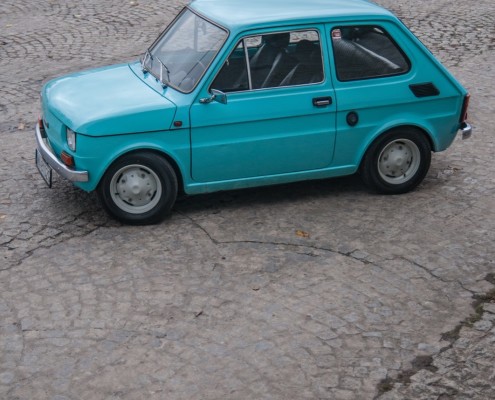 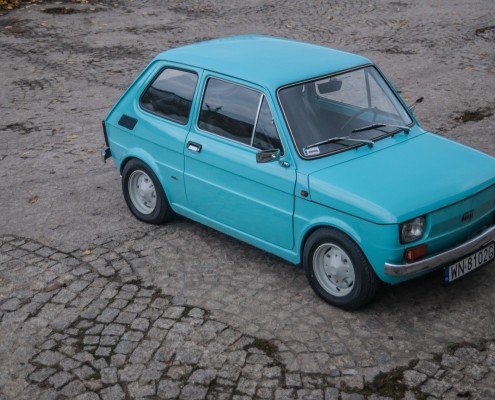 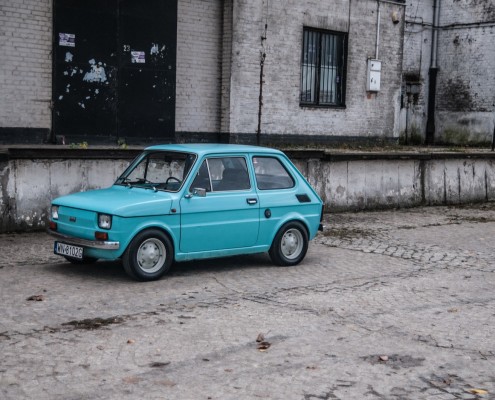 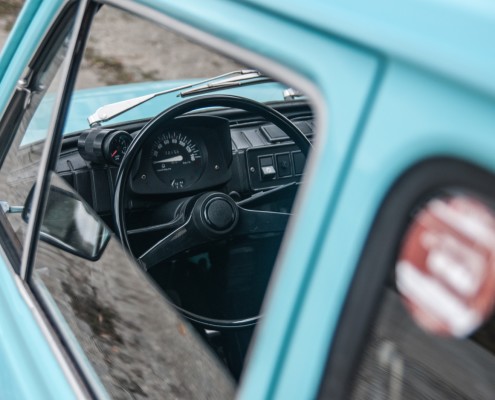 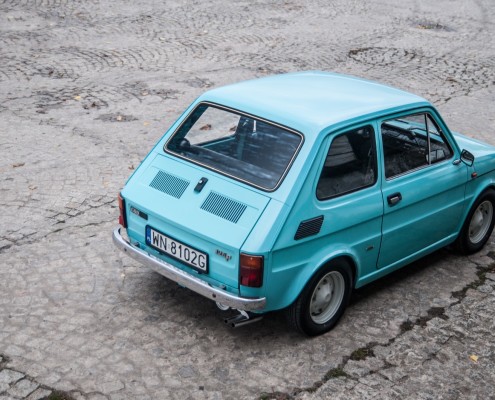 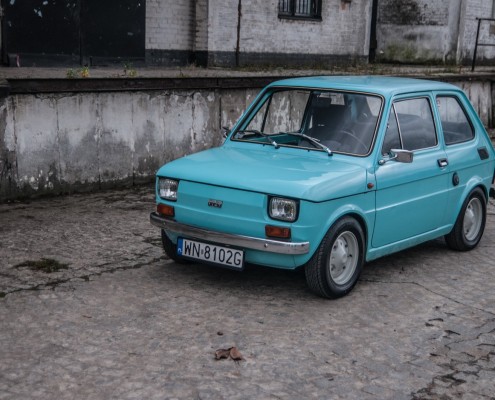 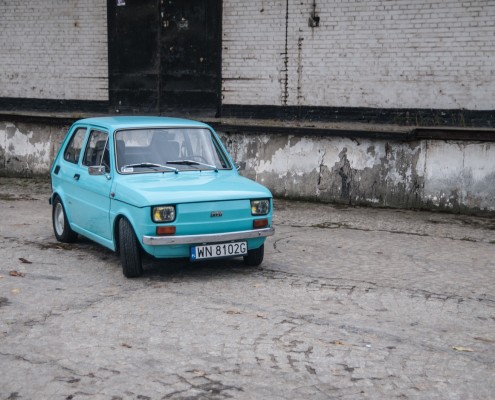 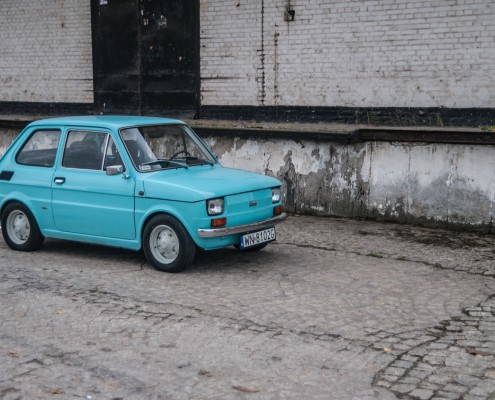 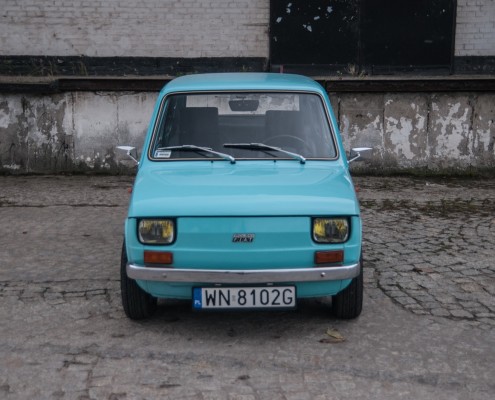 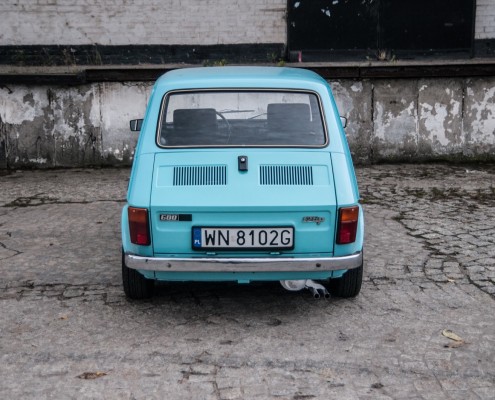 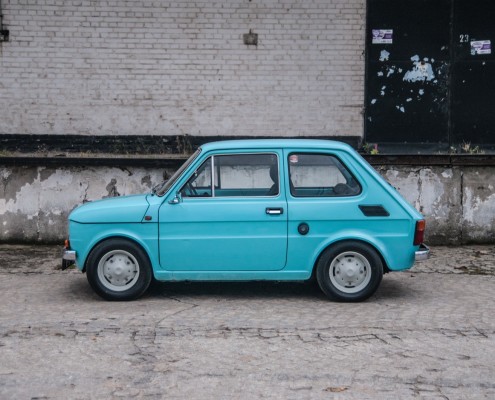 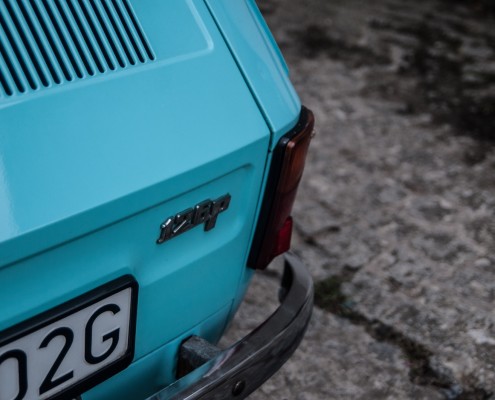 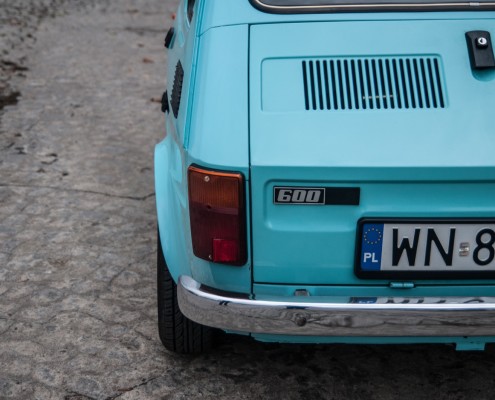 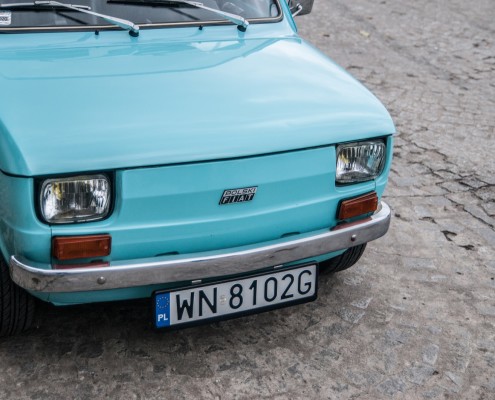 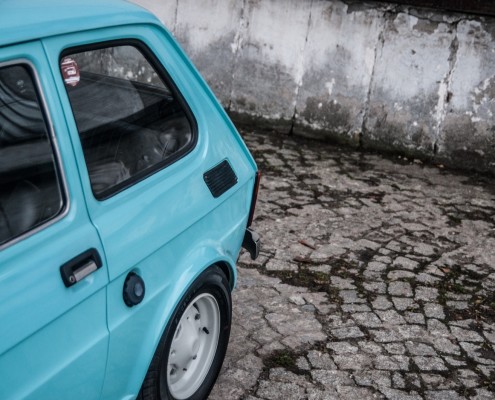 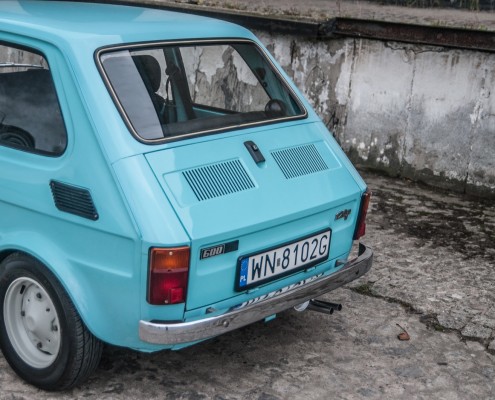 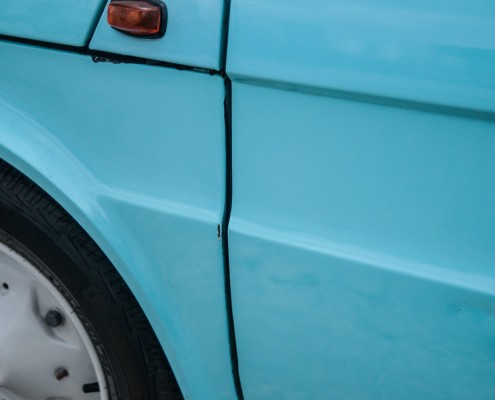 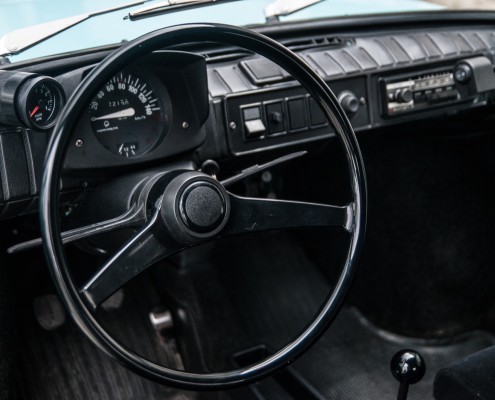 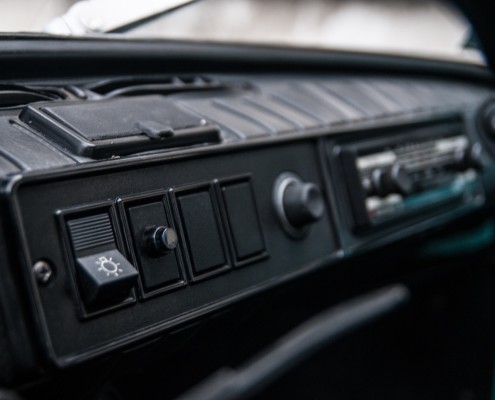 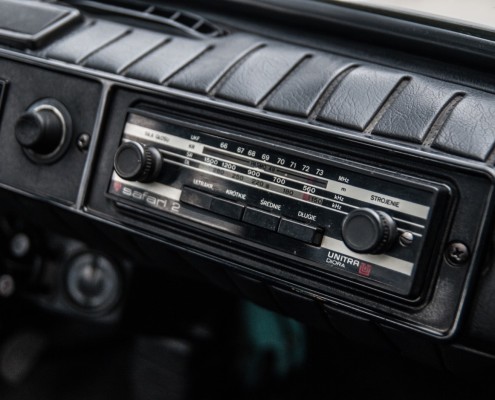 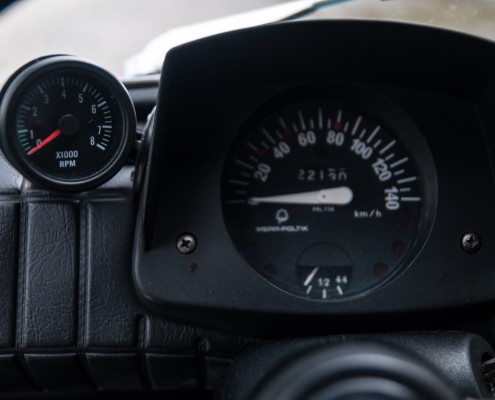 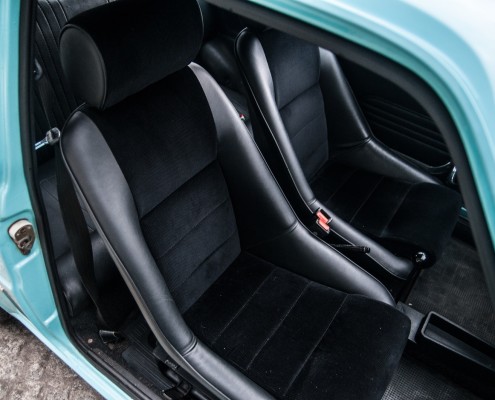 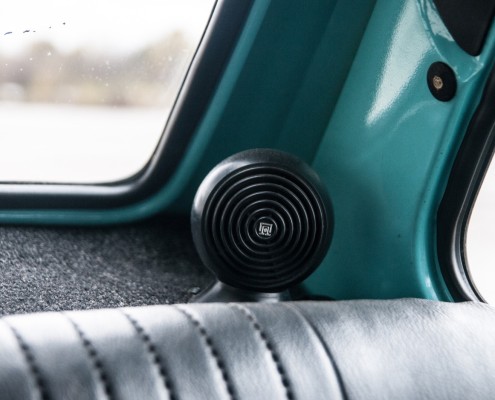 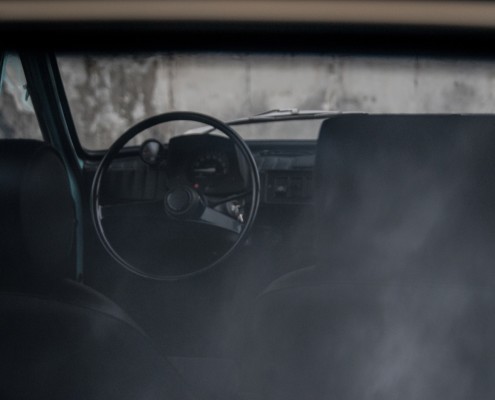 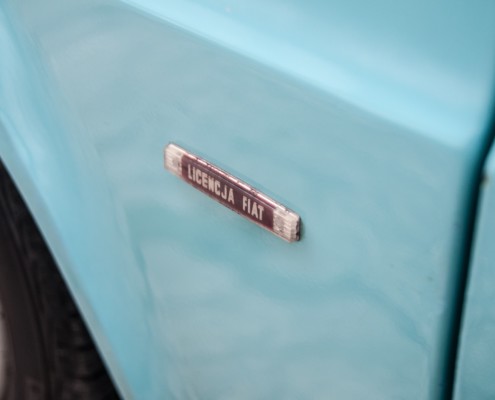 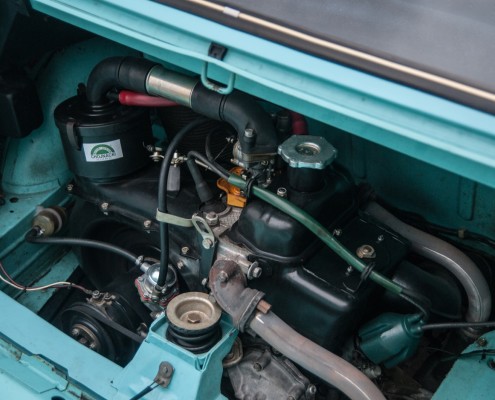 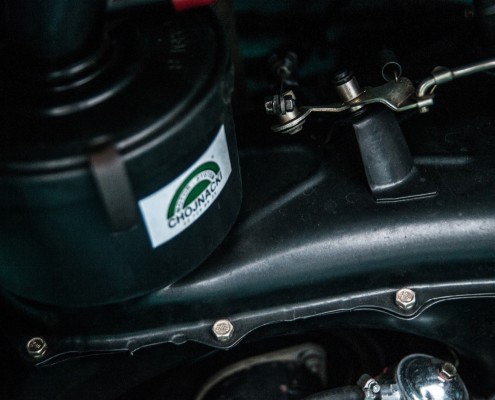 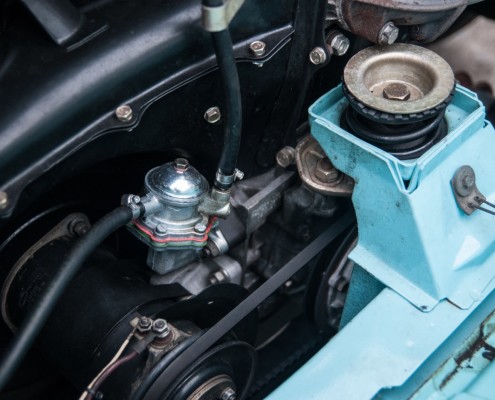 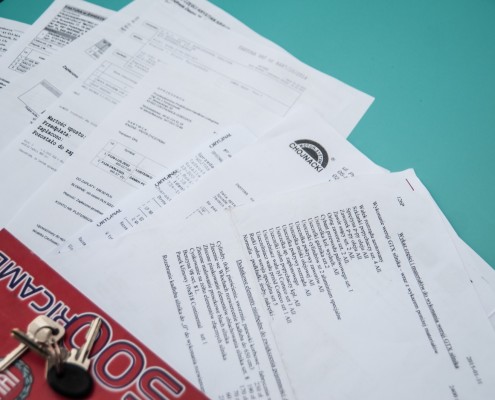 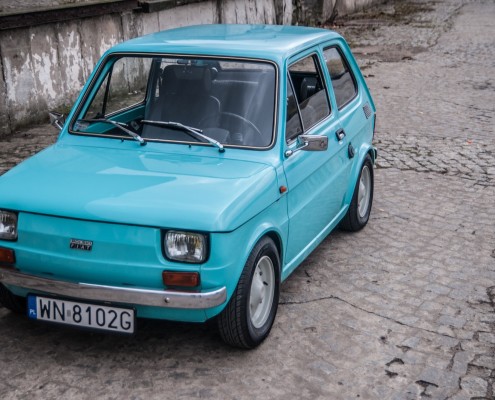