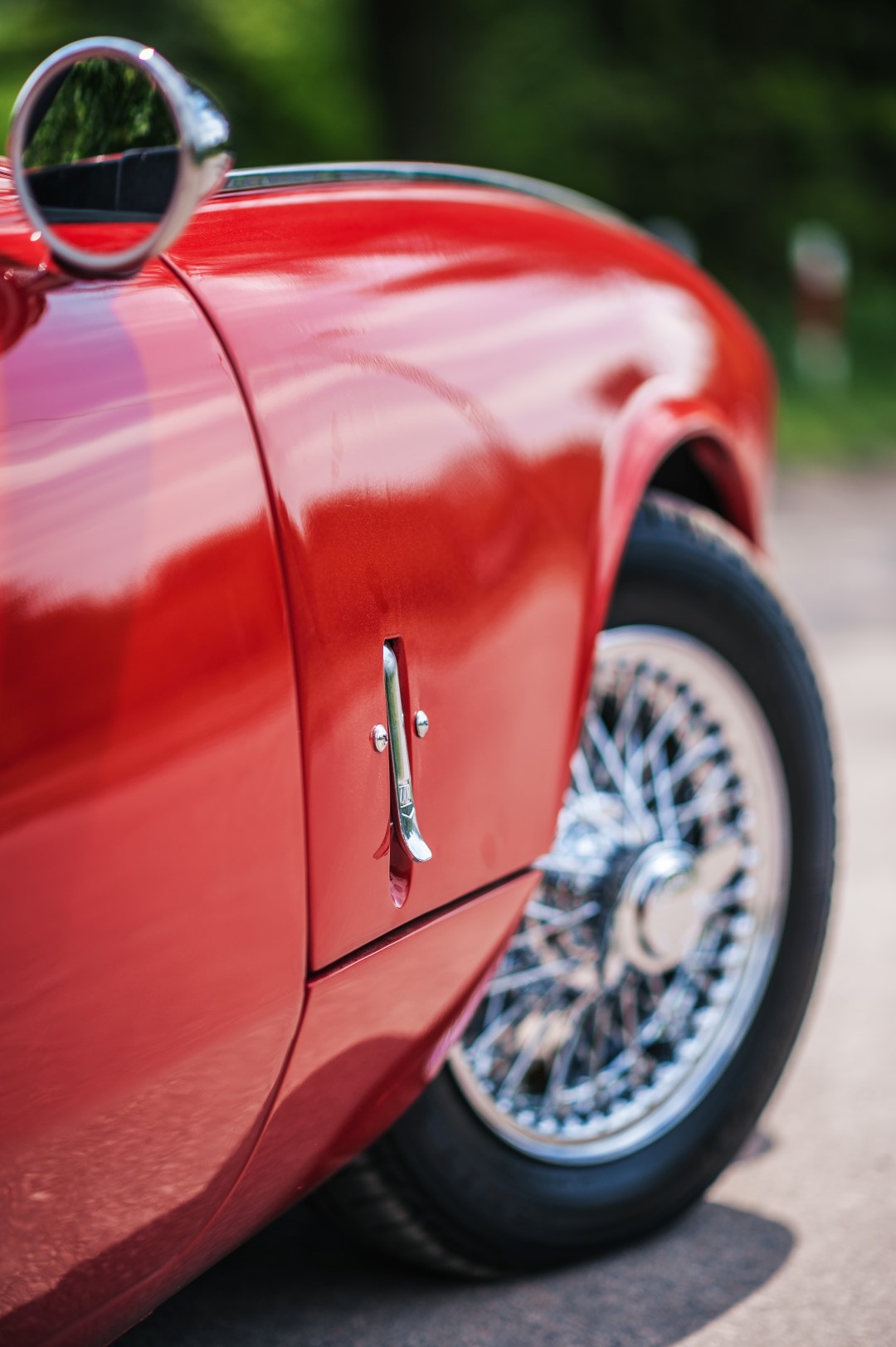 History of the Spitfire dates back to 1957, when Giovanni Michelotti made a draft for a company called Standard-Triumph. Most of the parts were adapted from a saloon car made by the same company, Triumph Herald. After adding some finishing touches, the car was unveiled on the London Motor Show in 1962. Production of the Mark I model began in October in the same year. Fun fact: the was named after the legendary World War II British fighter plane. The car was fitted with a tiny, four-cylinder engine displacing just 1.1 litres. The engine was fitted with two carburettors made by a popular company called SU. The car was positioned on the market as an inexpensive sports car. Its price was reflected in poor equipment. Even by the standards of the day, wind-up windows and manual door locks were no luxury. Despite this, the car was a sales success. First series Spitfire sold in 45.753 examples over the period of two years. Over the years Triumph evolved. New versions – Mark II, III and IV – were introduced in 1964, 1967 and 1970 respectively. Along with introduction of the third series, a new, more modern and more powerful 1.3 litre engine was also made available. Power output rose from 63 to 75 BHP, which significantly improved Spitfire’s performance. Acceleration from 0 to 60 miles an hour was dealt with in 13.4 seconds, whereas top speed was 153 kph.

In 1969 significant changes were made to the American market version. Stricter safety and emissions regulations meant lowering the compression ratio and rearranging the interior was necessary. The 1500 model was launched in 1974 as one of the most advanced iterations of the Spitfire series. As its name suggests, it received a modernized engine displacing 1.5 litres. European market models were further differentiated to their American counterparts. Changes regarding styling and technical specifications made European versions much more valuable than the American ones.

Production of the Triumph Spitfire 1500 ceased in 1980. Total number of vehicles produced reached 95.829.

The Triumph to be offered in the 1 July auction was made at the very beginning of the production run of that British roadster. According to the available documents, the car was imported to Poland in 1996. At some point in the past, the car was outfitted with an engine from a newer generation version. The car was purchased by its current owner in 2008. In 2008-2010, the car was completely renovated, which included frame reconstruction, body works, a new paint job and mechanical repairs. According to the repair bills, 35000 PLN were spent on parts alone. Since the renovation, the car was used sporadically for recreation purposes, with only 3000 km driven on sunny days. The repair works are of good quality. Now, seven years after the renovation, the car does not need any major financial expenditures and is ready to drive. The Spitfire on offer by Ardor Auctions has no missing parts and is ready even for longer trips to the countryside. Thanks to the complete renovation, the car will certainly bring a lot of thrills to its future owner and the fact that it is an early version of the model only adds to its character.