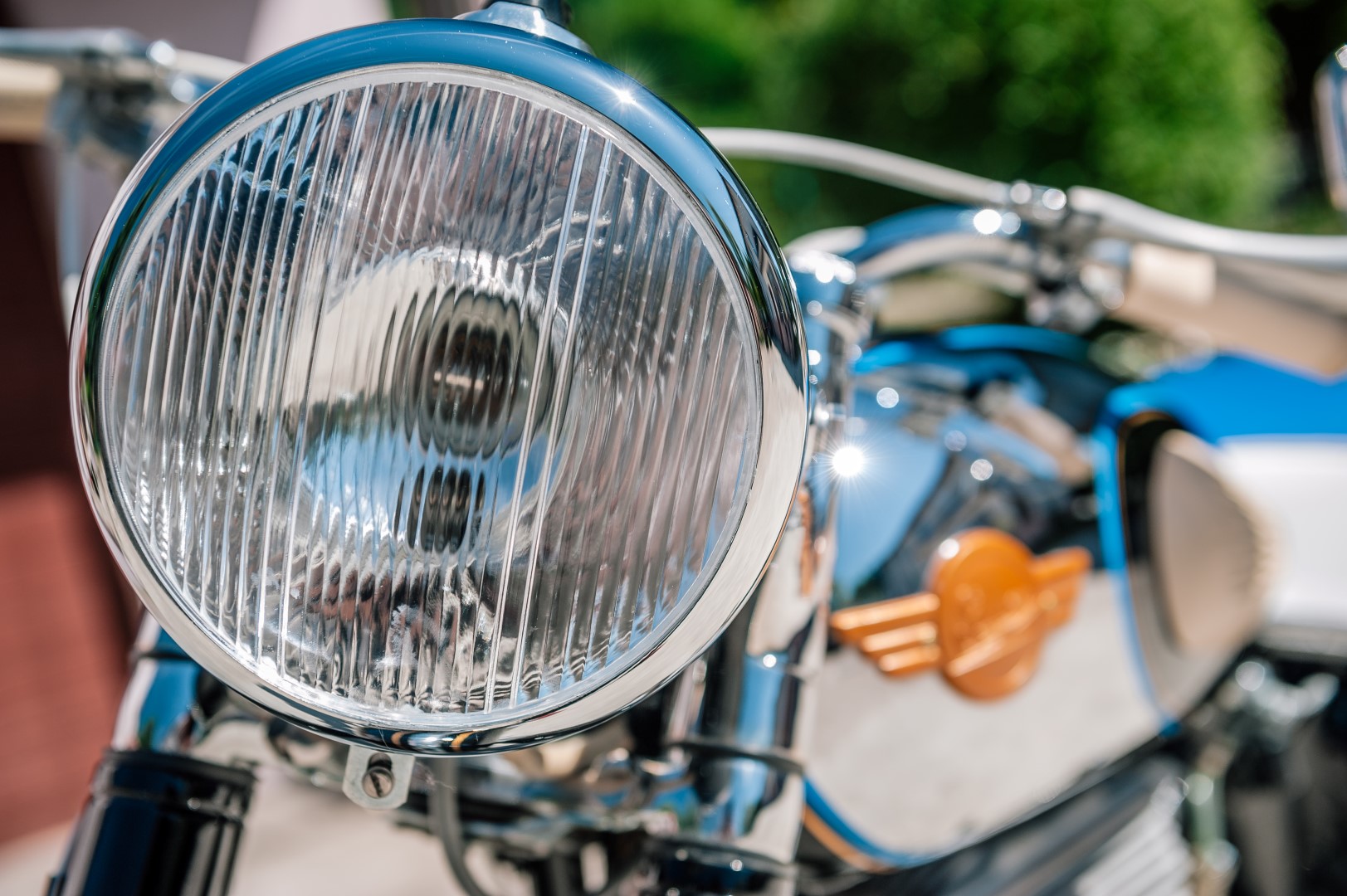 Model History
Motorcycle AWO 425 was to a great extent modelled on a motorcycle BMW R 23 and could compete with the motorcycle BMW R 23, which was produced in the West. This sporting motorcycle with a streamlined shape and sufficient equipment gained market successfully. Its additional asset was a possibility to fix a pannier for a passenger. In the production process, a number of problems were posed by a timely delivery of units, such as lighting, ignition manetos, batteries, pistons, piston rings, etc. Over the time and in the course of extending factories, the production of motorcycles was constantly growing. The plan imposed by the governments of USSR and GDR provided for moving the production to the competing factories
MZ in Zschopau. In the year 1955, the factory started the production of cycles, which brought no less fame. AWO 425 has engine of 247 ccm and 12 break horsepower. The power is transmitted by a Kardan shaft, because of the lack of the factories manufacturing motorcycle chains in the post-war period in the Eastern block countries. AWO 425 was equipped with four speed legged gearbox, with the aid of a hand lever, which turned out to be inefficient, therefore, it was adequately modified. In January 1957, under the influence of clients coming from West Germany, the name AWO 425 was changed into ‘’Simson
425’’. In 1961, the production of motorcycles AWO 425 was ceased. Overall a total of 212611 vehicles were manufactured.

Vehicle History
A very rare model Simson AWO 350 Eskorte was based on a model 425, however, it was equipped with an engine of the model 350 GS. As the name itself indicates, the engine displacement was increased to 350 ccm and stronger crankshaft was used. To that end, aluminium cylinder with a cast-iron casing was designed. At the same time, the clutch, the frame in the most demanding places, the rear balance leveler were strengthened, telescopes and springs were replaced, as well as the size of the wheels was increased. 30 vehicles of this model were produced. On the on hand, they were used to escort dignitaries
from East Germany during the rule of Walter Ulbricht, on the other hand they could be not official prototypes of AWO E 350 model, which has never been launched.
The vehicle in question was purchased as an incomplete item on the motorcycle market in Dresden. The renovation process lasted for half a year. The works succeeded in bringing back its original painting along with all accessories of the demonstration vehicle. Unfortunately, the authentic cylinder of capacity 350 cm³ was missing, therefore, during the restoration works it was replaced with the one of the model 425 of capacity 250 cm³. Despite this flaw, the motorcycle
presents a very high value for collectors being an inredibly rare vehicle of legendary Simson brand.