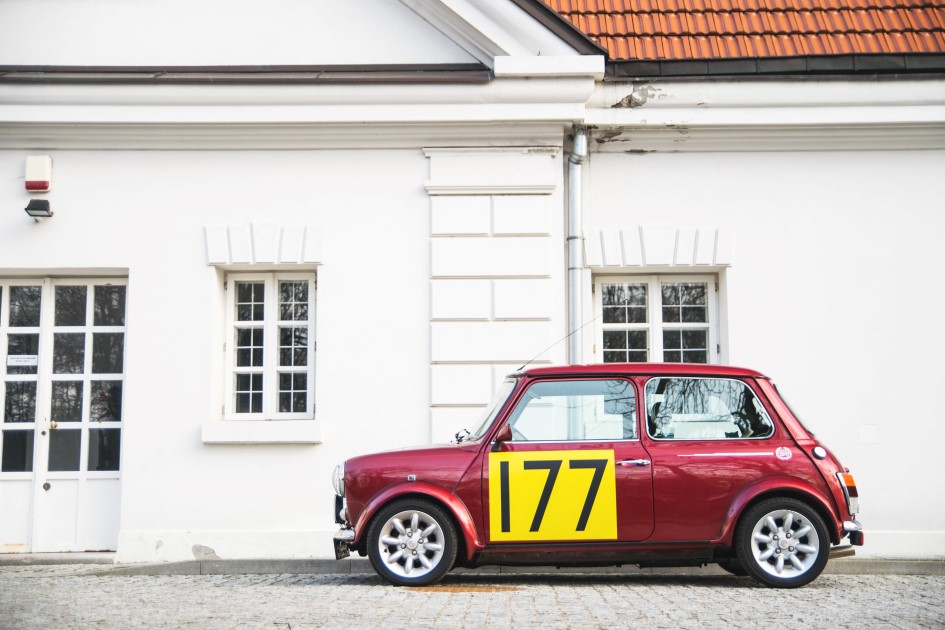 This dark red Mini left the factory in 1997 as one of the examples from the last series of this model. The car has been preserved in an immaculate condition. Very low mileage of only 33 thousand kilometres is visible in every aspect of the vehicle. The paint, despite a few distinct scratches, still looks very good. The interior shows no signs of wear and tear, both the wood and the leather upholstery still look very fresh. Thanks to original wide wheels the car looks very muscular. The owner has had several modifications done to the car, making it hugely enjoyable to drive. To improve handling, stock shock absorbers were replaced by custom ones made by Koni, which makes the car incredibly sure-footed on the road. Today’s Minis are advertised as cars providing “go-kart-like driving fun” and this cliché slogan remains absolutely true in case of this car as well. Apart from the suspension, modifications included also a sport exhaust and a short shifter for the gearbox. On the outside, the Mini was fitted with a number of stickers, making it similar to the rally car bearing the 177 number, which won the 1967 Monte Carlo rally. A 20-year car with a mileage of just 33 thousand kilometres is an incredibly rare thing, especially when we talk about such a cult vehicle as the original Mini. It’s a perfect companion for weekend trips and a car with which you can attend various car meets or tourist rallies.