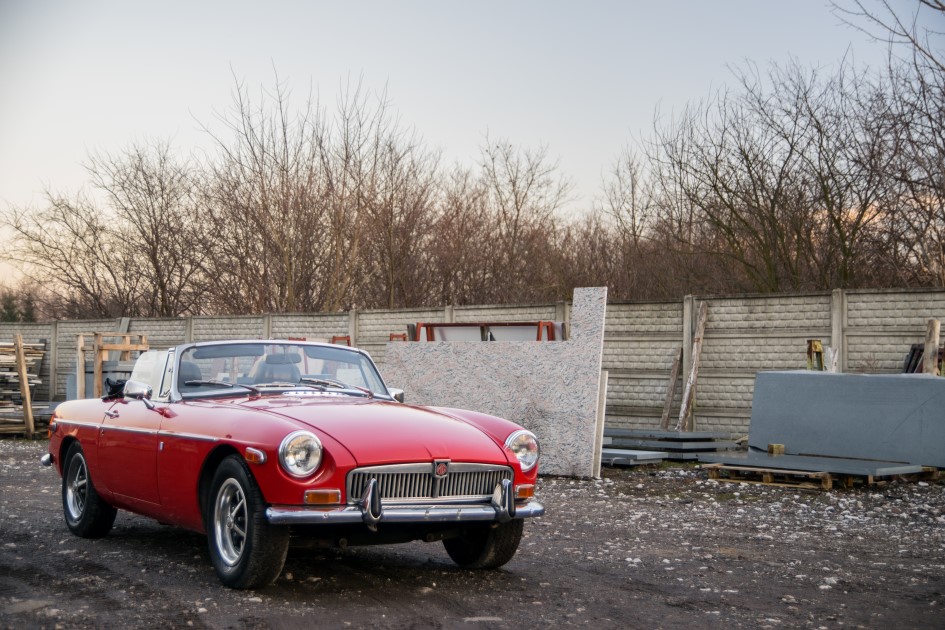 The car offered by Ardor Auctions left the British Leyland factory in Abingdon in 1972. It was originally destined for the American market and eventually found its way to Holland, from where it was shipped to Poland in 2017. It was originally fitted with chromed bumpers which improve the overall looks and add optical lightness, contrary to plastic bumpers that were fitted from 1974. The car was involved in a minor accident. Front left wing needed repair, but the quality of work is more than good enough, given the time it took to perform them. The car was fully repainted in the past. Its current paint shows a few signs of wear and tear and needs some work. Mechanically, the car is faultless, engine runs smoothly, suspension and brakes are also sound. The MGB is a perfect first-time classic car and will surely increase appetite for further adventure with classic motoring.