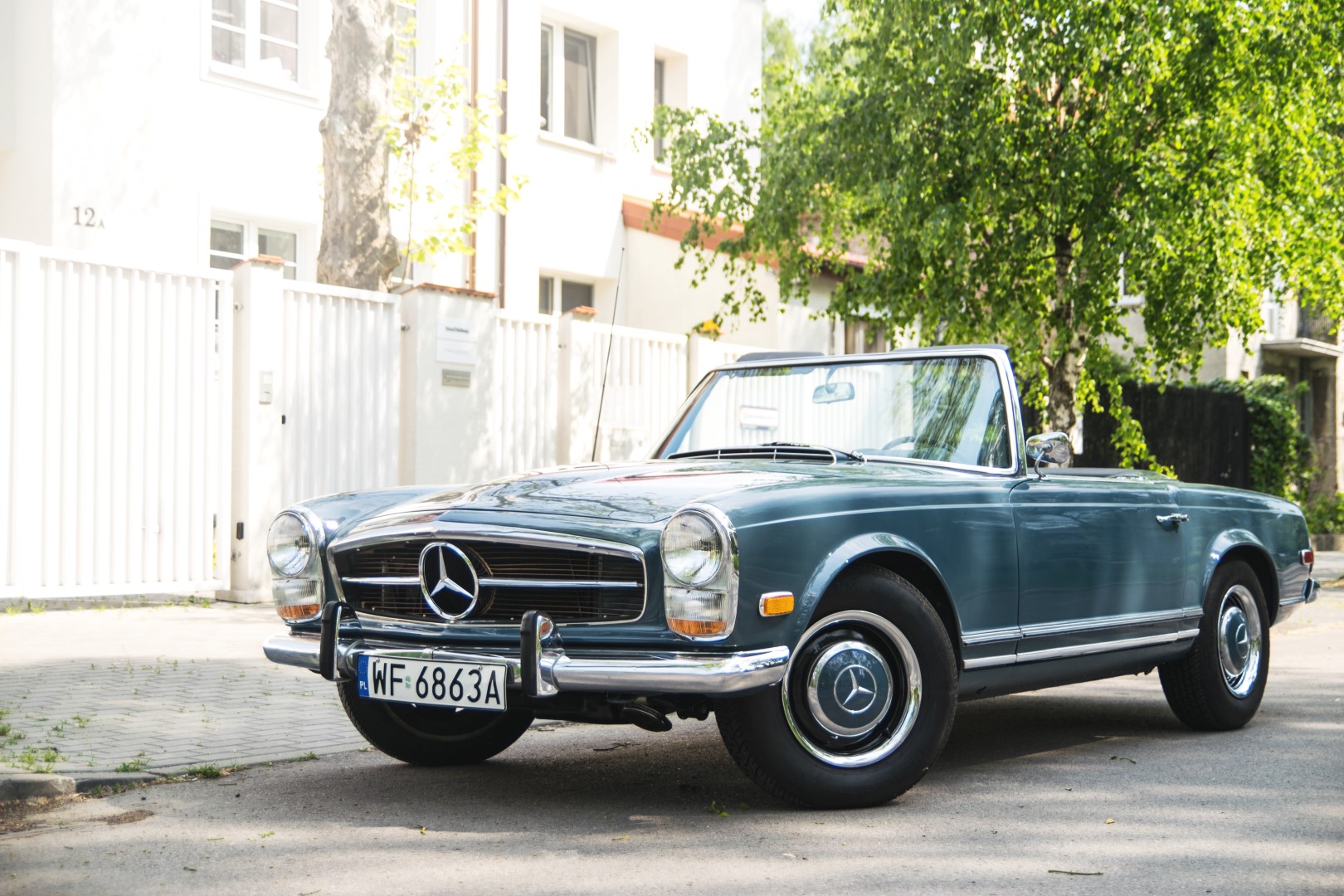 The Mercedes-Benz W113 was introduced at the 1963 Geneva Motor Show as a representative of the second generation of the prestigious SL roadster series. It quickly earned the “Pagoda” nickname owing to the concave hardtop, reminiscent of a Buddhist temple. The eye-catching styling was designed by the invaluable Paul Bracq, who defined an entire epoch in the history of Mercedes.

The W113 had some common genes with the W111, such as the double wishbone front suspension, dual-circuit brake system and improved engine. Safety was a paramount issue during the design works. Designated crumple zones were introduced, the passenger cell was strengthened, the interior was redesigned and seat belts were offered. The SL gained some extra weight as a result, which was compensated by using aluminium for the bonnet, trunk lid and door skins.

The last Pagodas were made in 1971. The total production run was 48 912 of units in all engine variants. The high production run was a result of the cult status enjoyed by the car since the 1960s. A huge advantage of the Pagoda is its reliability, which makes this vintage Mercedes so desirable.

The Mercedes SL offered in the April auction is a first generation W113 model in the 230 version. The car was made in 1966. The 230 SL is the least technologically advanced version, yet it is considered to offer the best sports performance. It featured a bored out and modified engine from the contemporary S-class coupled with a 4-speed manual gearbox. Only later did the automatic gearbox option prevail, when the model became popular in the United States. The engine had excellent high rpm performance and the suspension was relatively hard.

The Mercedes 230 SL offered by Ardor Auctions was imported from the United States and was fully reconstructed at a body shop near Warsaw before it was used in Poland. The blue car body matches very well the black interior and navy blue roof. The car is fully operational from the mechanical standpoint and is ready for long drives. The car was infrequently driven by the current owner so it looks surprisingly fresh after the recent reconstruction. This is a very good opportunity to purchase a vintage German roadster that is becoming increasingly popular among foreign collectors. The Pagoda now inherited the prestigious position enjoyed over the years by its cult predecessor, the 190 SL. In terms of performance and ease of driving, the Pagoda is significantly better, being one of the best-designed cars of the 1960s.