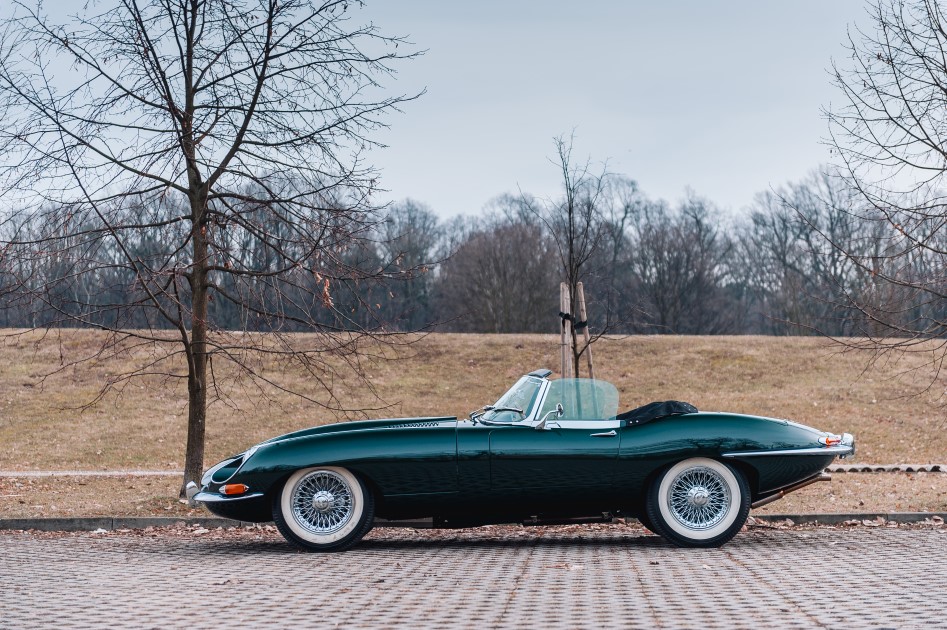 This quintessentially British vehicle is a style icon of the 1960’s made its first public appearance in front of the audience of the 1961 Geneva Motor Show to the amazement of the crowd. Its body was designed by Malcolm Sayer and was distinguished by its svelte, streamlined shape with a long bonnet. Even Enzo Ferrari himself expressed his view on the E-Type’s styling. On its release he described it as “the most beautiful car in history of motoring”. The E-Type was fitted with independent rear suspension designed by Bob Knight, which was considered a novelty at the time. What’s more, it also had disc brakes all-round. This was a development of engineering solutions first used on the XK150. Customers could choose between three body styles: a two-door, two-seat coupe, a roadster and a 2+2 four-seater version of the coupé, which was introduced in 1966 with a longer wheelbase. Series 1 of the E-Type was powered by a 6-cylinder XK engine, already known from older Jaguar models. In this application it displaced 3.8 litres and developed 269 BHP, which was enough to accelerate the car from standstill to 100 km/h in under 7 seconds. From December 1964, Series 1 received a bigger 4.2-litre engine. It produced the same amount of power as its predecessor, but had more torque – 385 instead of 353 Newton metres. In 1967 a modified version, the so called “Series 1.5” was introduced with a 4.2 litre engine. As a result of strict emission regulations on the American market, triple SU carburettors were replaced by two Stromberg-made units, which resulted in a power drop to 245 break horsepower. Series 1.5 was manufactured from 1967 to 1968 and was the rarest version of this legendary vehicle. Overall a total of 6726 examples was made, 2801 of which were convertibles. The E-Type has been hugely popular with collectors for a long time. Prices keep rising, whereas the Series 1.5 is the second most appreciated after the initial Series 1.

This Jaguar E-Type featured in the catalogue rolled off the production line in 1968. The vehicle with a serial number 1E16737 left the factory as a red roadster and was originally sold in America. The car was shipped to Poland three years ago. The owner decided to completely rebuild the car. The quality of works that were carried out is very high – the whole process took about a year and a half. The owner decided to paint the body using an original colour from the Jaguar colour range – classic British Racing Green. The interior was wrapped in sand-coloured leather, creating a classic colour combination. Quality of restoration work carried out on the body and paint is on a very high level. Trim materials were chosen to match the original ones. Chrome elements are in great condition and the whole car looks as if it just left the restoration workshop. Apart from the new paint, the car received a new roof covered with dark Sonnenland fabric. The owner used the car only as a means of recreation. Restoration works did not include rebuilding the engine as it didn’t show any signs of wear. The car starts immediately, even after sitting for a long time. All features and mechanisms work properly. Documentation of the whole restoration process is included with the car. The vehicle is registered with regular, non-vintage white number plates and ready to drive. The Jaguar in question is a hugely interesting offer. A lot of means and time have been invested in it, which results in its phenomenal condition. It will bring its driver heaps of joy on recreational weekend drives, while still remaining a crown jewel in numerous classic car collections.
[/av_textblock]