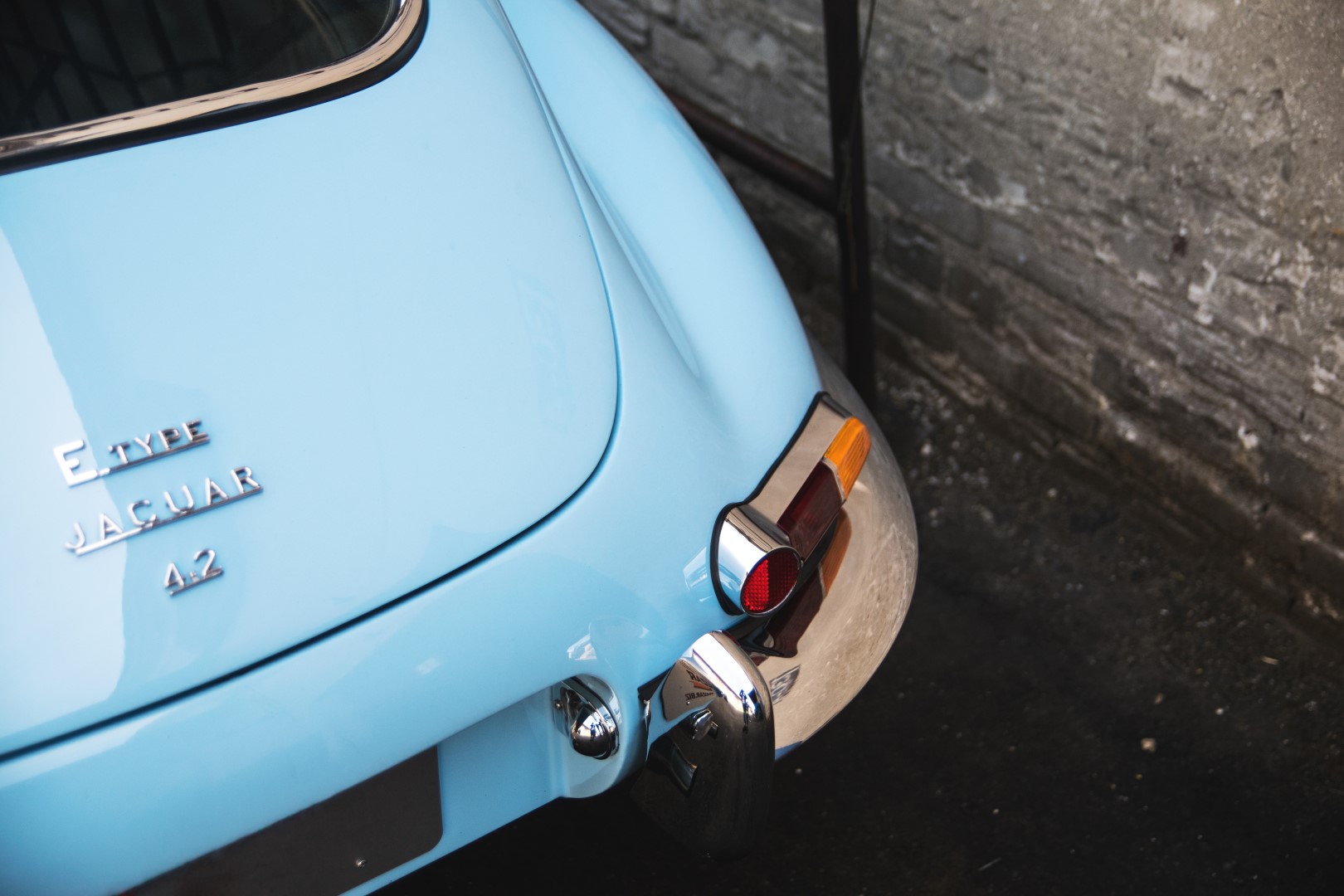 This British car, an icon of 1960s’ style and elegance, debuted at the 1961 Geneva Motor to delighted audience. The car body was designed by Malcolm Sayer and featured light, streamlined bodylines with an elongated bonnet. Enzo Ferrari himself commented on the styling of the E-Type, calling it “the most beautiful car ever made”. Innovative features for that time included independent rear suspension designed by Bob Knight. The E-Type also featured front and rear disk brakes, as standard since the XK150 model. Customers could choose from three body forms: a two-door two-seater coupe, a roadster and a 2+2 coupe introduced in 1966. The last version featured a longer wheelbase. The first series of the model was powered by the 6-cylinder inline XK engine known from previous Jaguars. The engine variant used in the E-Type displaced 3.8l and produced 269 BHP, accelerating the car from 0 to 100kph in less than 7 seconds. In December 1964, the Series 1 started featuring a newer 4.2l engine. The newer engine had the same power as its predecessor, but an increased torque (385 instead of 353Nm). In 1967, a modified version of the Jaguar was introduced, the so-called “Series 1.5” equipped with a 4.2l engine. As a result of stringent US emission regulations, the triple SU carburettors were replaced by twin Stromberg units, which reduced performance to 245 BHP. Series 1.5 was produced between 1967 and 1968 and was the rarest version of that legendary car. A total of 6726 units were made, including 2801 open tops. The E-Type has long enjoyed great popularity among collectors. The prices for that model have been steadily increasing, with Series 1.5 being the second highly valued after the initial Series 1.

The blue Jaguar E-Type coupe was imported from California, United States. The car was made in 1968 and is an example of the rare transitional Series 1.5. Before the car was imported into Poland, it was disused for at least 15 years or longer. In Poland, it was taken apart and reconstructed with the use of the surviving parts and new top quality components purchased from reputable vendors. The reconstruction process, which took three years tried to bring the car as close to its factory condition as possible, while retaining precision craftsmanship and avoiding any compromises. The original paint job was restored and the interior was reupholstered, with the use of materials as close to the original as possible. Only minor modernisation was allowed, such as tubeless tyres. The car is in an amazing condition and looks brand new. All the car’s components are working and performance and parameters are certain to match the Jaguar’s official technical specifications. In addition to its aesthetical value, such a car is also an excellent investment. The purchase of this vintage E-Type will certainly bring profit in a couple of years.