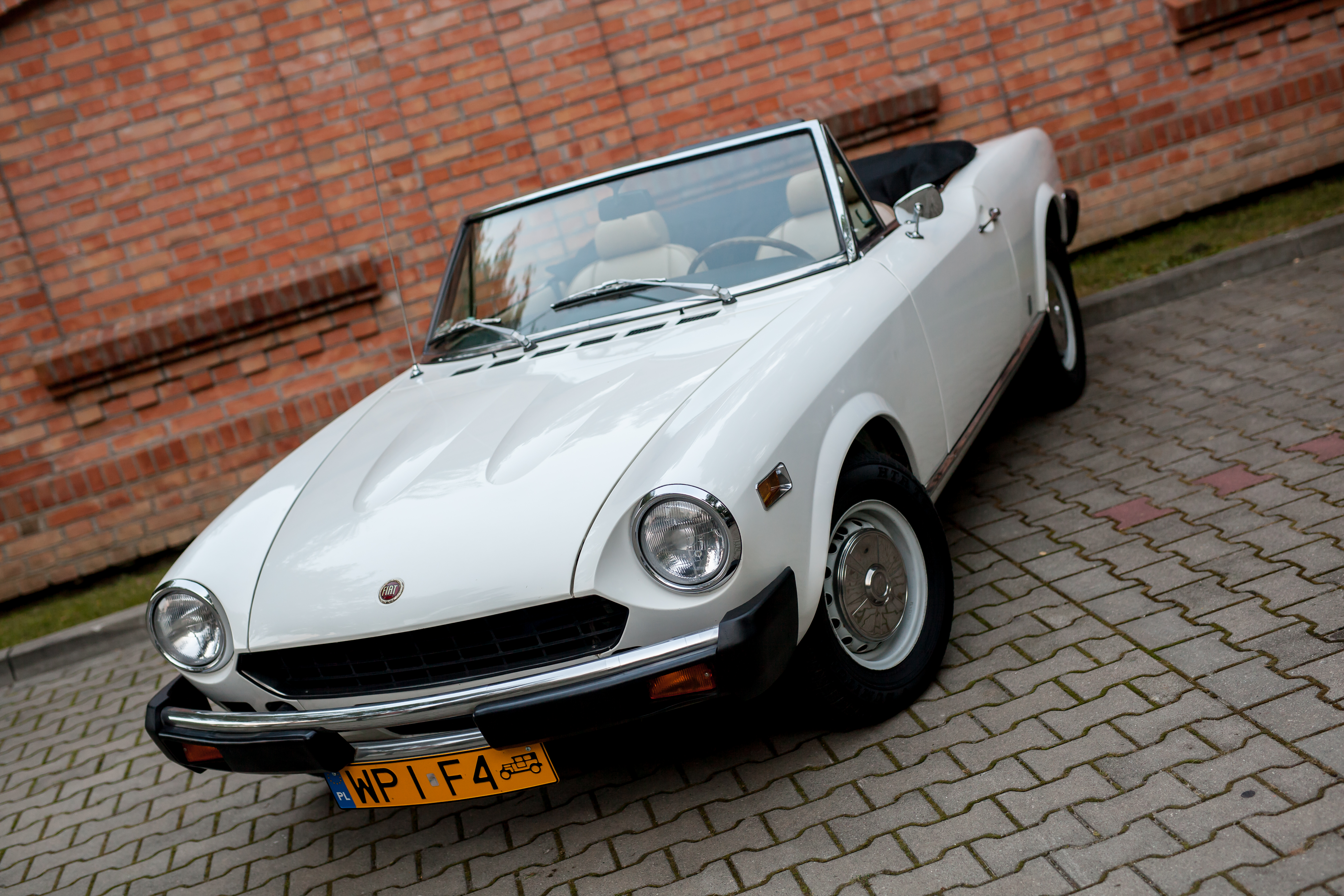 The Fiat 124 Spider presented here left the factory in the first year of production (1975) of the batch destined entirely for the American market. The car was imported to Poland from the United States about 1.5 year ago. Exact ownership history is not entirely clear, but judging by the car’s condition it must have been used with due care. The Fiat is maintained in original condition, only rear right fender was repainted, there are also tiny patches on the bodywork. The paintwork was appropriately refurbished and protected against rust. The car features a new roof cover, which was replaced one year ago and is still under warranty. At the same time door and roof seals were also replaced. All trim pieces and accessories have been refreshed and made complete, a new rear-view mirror and some plastic bits of trim were bought on the aftermarket. Under the bonnet there’s a 1.8-litre, 87 break-horsepower engine. The engine has had its spark plugs, oil and filters replaced and underwent a regular maintenance. The car is mechanically sound, the only thing that the prospective buyer will have to sort out is the braking system. Fortunately its current owner will provide all necessary parts.

This white Fiat 124 Spider is a perfect choice for those looking for a stylish cabriolet to drive in the spring and summer season. It’s an interesting alternative to British roadsters and it becomes increasingly difficult to find such a well maintained example.
[/av_textblock]