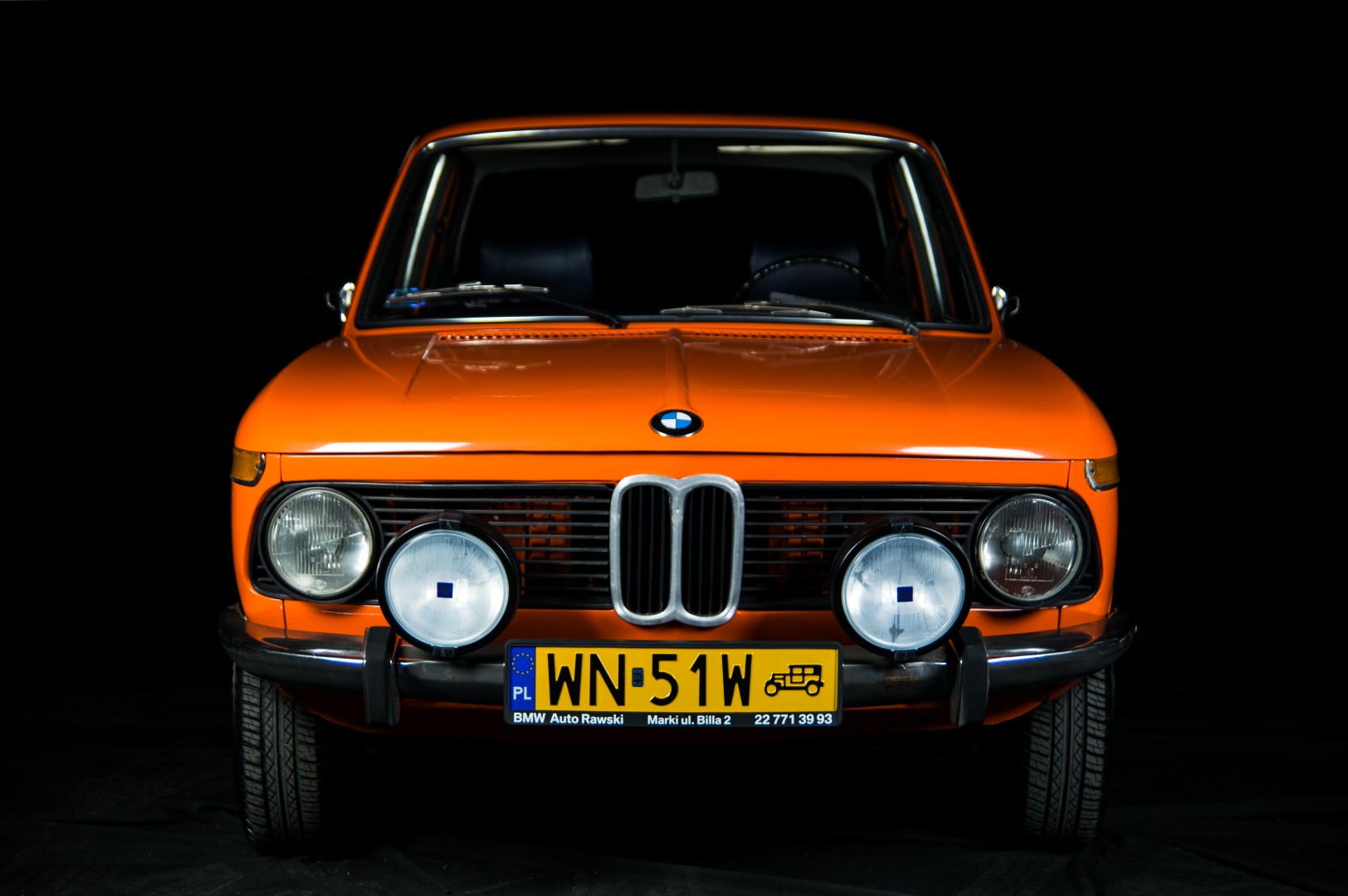 The BMW 02 series are small saloon cars that belong to the “Neue Klasse” – “New Class” family, thanks to which BMW established its market position and image. Neue Klasse combined elegance and classic proportions with modern engineering and sporty character. They were the first models to feature BMW’s trademark styling cues, a distinctive low forward bend at the C-pillar, known as the Hofmeister kink (also referred to as the Hofmeister-Knick), named so after its designer. They were also fitted with independent rear suspension, which was also a novelty back then. Power was sourced from a legendary M10 engine, ranging from 1500 to 2000 cubic centimetres. At the top of the range there was the BMW 2002 Turbo, which was the first production car made in Europe to be fitted with a turbocharger. This engine powered numerous BMW cars for the subsequent 20 years, whereas its block was even used in Formula 1 cars. The 02 Series was successful in motorsport and became a huge volume seller, also on the American market. It was praised for its immaculate handling characteristics and decent performance combined with reasonable price and fuel economy. Later on, it evolved into the 3 series.

The BMW 1802 offered by Ardor Auctions has an unusual provenance. The car was imported to Poland as a brand new vehicle in 1974 by a member of Poland’s national football team (often referred to as ‘The Eagles of Górski’ in Poland, after the famous coach Kazimierz Górski). BMW made a special offer to footballers who won medals in the 1974 FIFA World Cup staged in West Germany. Back then at least a couple of members of the Polish national team used that opportunity and bought an E10 model. Thanks to press sources and a bit of help from activists from the Polish football club Wisła Krakow, it was established that two of these cars were in fact driven in Kraków by local players. One of them featured a lemon paintwork and belonged to Adam Musiał, whereas the second car painted in ‘Inka Orange’ belonged to Antoni Szymanowski. Musiał totaled his one, so it is highly likely that the car here used to belong to Szymanowski. This example seems to be the only one of the cars imported by outstanding sportsmen back then that is still being used today. It has been in the hands of its current owner since 2009. It was purchased in Kraków, but the information about its ownership history before that is scarce. Ever since the car was brought to Warsaw, it was used sporadically, as one of several vehicles in a collection. Its bodywork was repaired and repainted, but it still requires a nip-and-tuck. Mechanically, the car has not been restored. Significant repairs include replacing of the exhaust system, resealing of the fuel tank and putting the electric system back in order. The car is drivable and moves under its own power, but a thorough inspection is advised before bringing it back on the road. Interior is complete, seats and rear bench were recently reupholstered using quality materials. Classic 13-inch wheels from the period are also a nice, stylish touch.

Presented BMW is not only a coveted classic and a base for further restoration, but also a part of history of Polish sport. Its potential buyer should take into consideration that such provenance may increase collector value and investment potential.
[/av_textblock]