During Targi Auto Nostalgia, which were held on 17.05. 2015, Dom Aukcyjny Ardor Auctions offered the Honda CB400 Four motorcycle. Right from the first glance, its exceptional technical condition was impressive, and its extraordinary history certainly complemented the image. The offered motorcycle has been in Poland since its first purchase in 1977 by MSW (the Ministry of Home Affairs), to be used for escorting VIPs arriving in this country.

This unique Honda also had very extensive documentation and a stock of original spare parts. 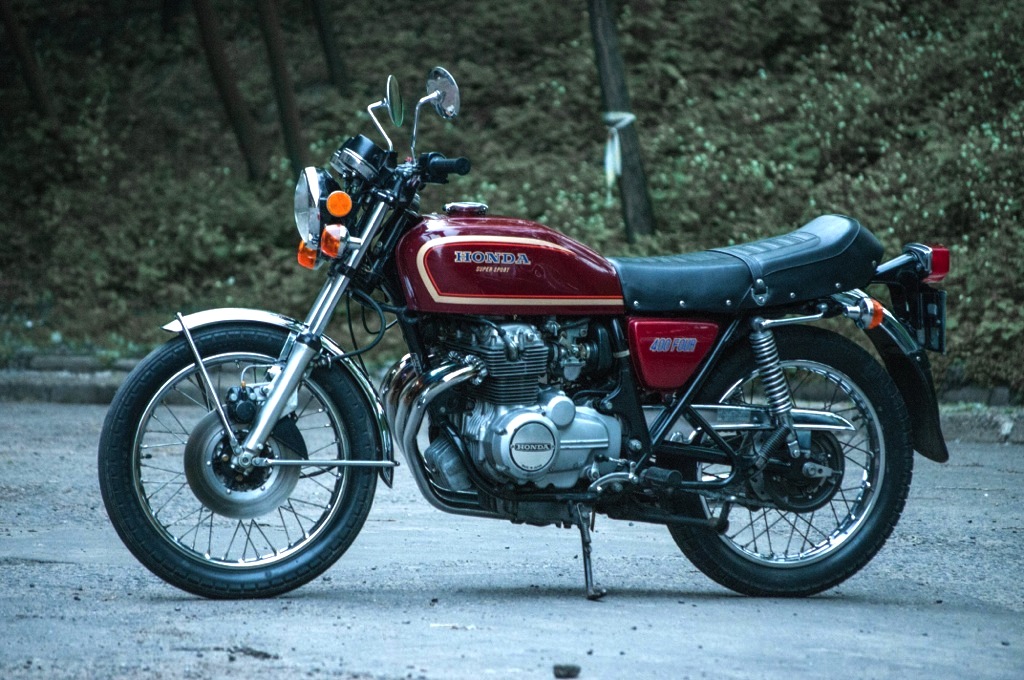 History of the Model

1970s were the breakthrough times in the approach to designing motorcycles, this period being commonly called the “age of wind and oil” – it was the time when oil and air cooled engines were developed. Honda had immense share in new trends and in the revolution in the motorcycles market. In 1969, it introduced the CB750 model, the first mass-produced motorcycle with the R4 type engine, that is the inline, four-cylinder four-stroke engine. The inspiration for this design came from the engines used in race motorcycles. This model had also a number of other innovative technical solutions which quickly set the standard even for competitors, like the electric starter or the front disc brake. Honda CB750, with its excellent quality of workmanship, marvellous engine and modest price, was an excellent response to the needs of the motor biker of these times.

Honda, after the market success of CB750, followed with expansion of the range of products with two smaller models: CB350 Four and CB500 Four. The former was replaced in 1975 with a more powerful and even more carefully designed CB400 Four, which featured a six-gear transmission, very rare in those times. The 4 in 1 exhaust system was another characteristic feature.

CB400 Four, whose production was discontinued in 1977, only after two years, has become part of the special design of Honda in 1970s and has been a very rare vehicle until now. 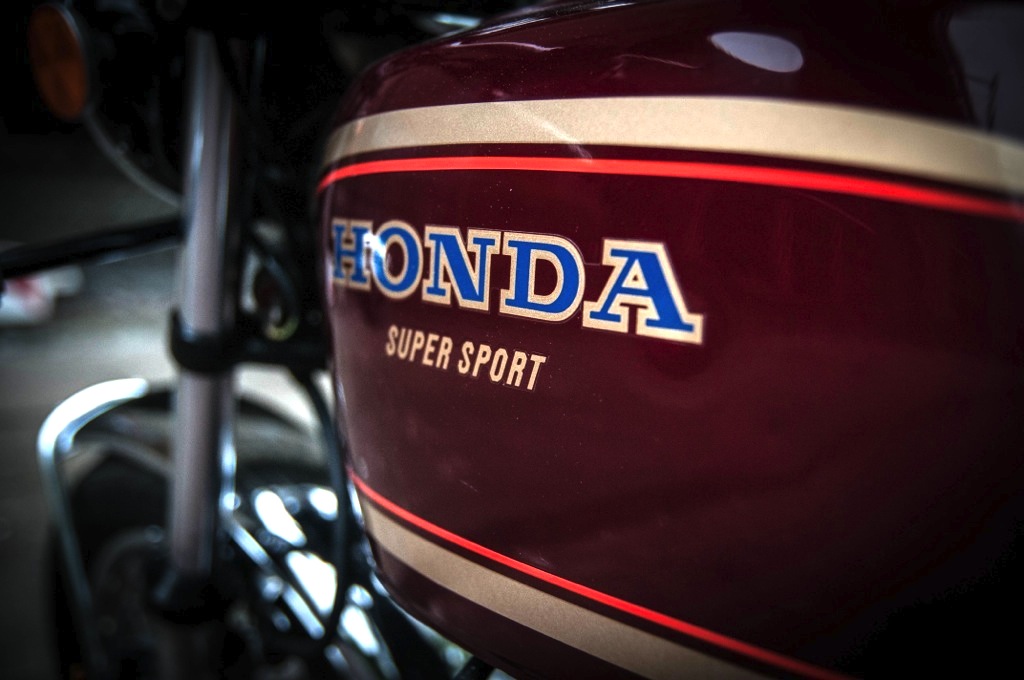 The unquestioned advantages of the Honda CB400 Four model were the factors which affected the decision of the Ministry of Home Affairs to choose this type for the stock of the honorary escort in the motorised brigade of Nadwiślańskie Jednostki Wojskowe. When compared with direct competition in the market, they were reliable, easy in maintenance, quiet, and had relatively low fuel consumption.

The motorcycles ordered by MSW sported the unique cherry colour with gold strips. To each one of the motorcycles, the Ministry also bought the so-called service kit, which included filters and other basic consumables and original fuel tanks and side elements, these being in the blue colour, without decorative strips.

The motorcycle offered by Ardor Auctions “worked” in many important events, the most important of which was escorting John Paul II during his first pilgrimage to Poland in 1979. All the witnesses of these moments of historical importance for Poland, both those present there and TV watchers, saw ten Hondas CB400 Four positioned around the white Star 660 in the streets of Warsaw, the car prepared specially for the Pope, and of them was this very “hero” motorcycle. After the visit of the Pope, all the motorcycles continued their operation in MSW until the end of the planned operational cycle. They could then be purchased in the organised tender.

All in all, the offered Honda CB400 Four, licence plate BTI 9017, had three owners so far. The first was the said MSW, then a retired officer, and then, for the last sixteen years, a private person. Unlike two other motorcycles known to us, which are now fitted with the blue fuel tanks and side elements, the offered motorcycle has been retained in the original condition, almost intact. It has its original paint, chromium elements, tyres and engine, what fully shows its unique nature and climate. 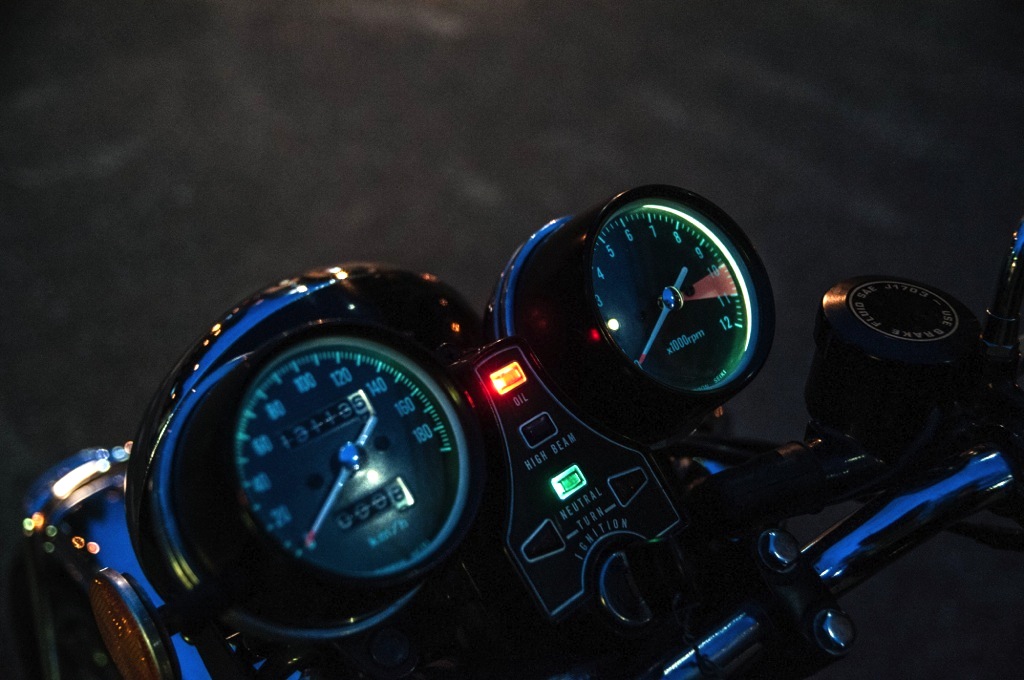 Perfectly preserved, with only 13,000 km mileage, it is also in perfect mechanical condition. The engine is starting right away, both with the starter and with by foot, and the transmission operates very smoothly. The electric system does not give rise to any reservations, the instruments, the control lights and the lighting all are in perfect condition. The only element worth taking care of is the exhaust with its small defects.

In the bidding (without the minimum price), this one of the most interesting motorcycles in the last forty years of the history of Poland found its fourth owner for 19,500 PLN. It is worth noting that these motorcycles in such a good collector’s condition may reach as much as 8,000 euros or 6,000 pounds.
[/av_textblock]