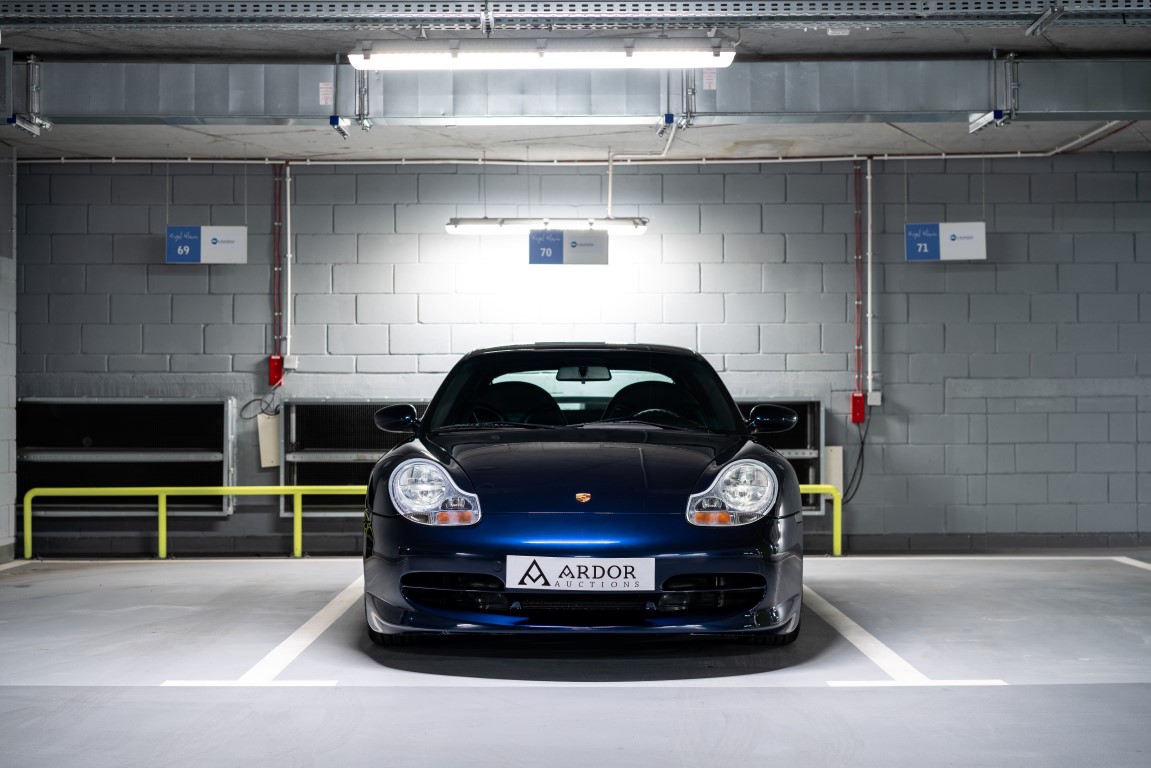 The 996 generation premièred at the Frankfurt Motor Show in 1997. The new incarnation of the legendary 911 was met with caution and cool reception, since it was the first car to break away from the long tradition of using air cooled engines. The characteristic fan, which could be seen as soon as the rear cover was opened, became one of the brand’s symbols. What is more, the 996 introduced new genes to the model’s design. The front lamps were integrated with blinkers, while body shapes became even more streamlined and harmonised than before. The car was built on a completely new platform and was designed simultaneously with Boxster, with which it shares some of the solutions or components – this can be seen for example in the car’s interior. However, it also inherited some of the features from its predecessor, the 993 – a slightly modified suspension system, in particular the multi-link rear suspension, as well as a six-speed transmission. The basic variant was equipped with a 3.4-litre engine capable of delivering nearly 300 horsepower, which in 2002 was bored up to 3.6 litre, which resulted in a slight increase in power. The 2002 model also saw the modification of headlights due to the complaints of the owners that their 911s, which were supposed to be premium vehicles, resemble the Boxster – the cheapest entry-level Porsche in the offer. Turbocharged versions managed to output nearly 500 BHP. Moreover, Porsche released limited GT3 and GT2 editions. Like before, the car could be ordered a coupé, convertible and targa variant, both with rear-wheel drive and 4×4.

This 2000 navy blue Porsche 911 GT3 was imported from Germany. The car previously had only two owners, and the relatively low mileage is confirmed by a service book and a full set of documents. It is the first GT3 series with a naturally-aspirated 3.6 litre engine that generates 360 horsepower and 273 Nm of torque. The model was based on the Carrera 4 variant, but it was equipped with a rear-wheel drive, hardened and adjustable suspension, as well as stronger brake system. Some equipment has been removed to reduce the car’s weight. Inside, there is room only for driver and a passenger, who sit in special bucket seats. The presented vehicle has undergone a thorough technical inspection and is ready to be registered in Poland. The first GT3 was manufactured only for the European market. This car, with a clear history and negligible wear is a sure candidate for an increase in value.
[/av_textblock]