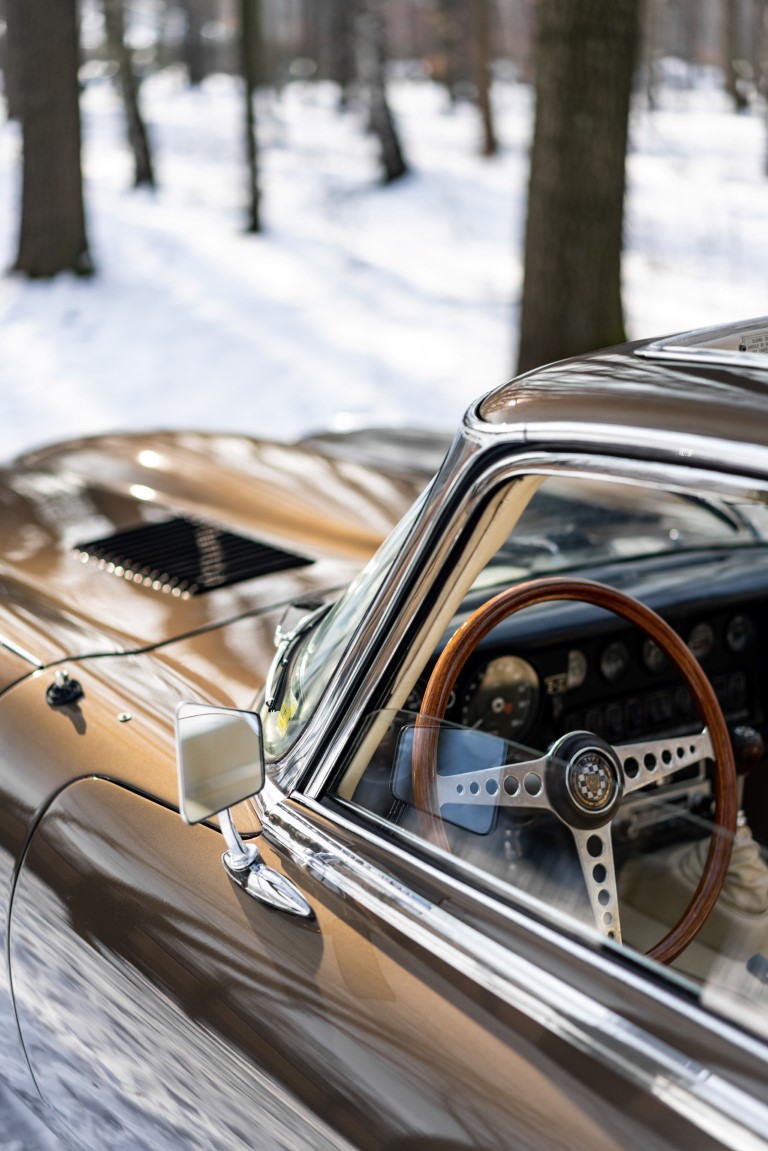 – The car has undergone a professional and meticulous restoration

Jaguar E-Type, also known as XK-E, made its debut in 1961 in Geneva, instantly gaining public admiration. The self-supporting body designed by aircraft engineer Malcolm Sayer was characterised by a very light and streamlined shape with a very long bonnet. That silhouette has become an indisputable icon of the style of the 1960s and even these days, it would be hard to confuse the E-Type with any other car. Even Enzo Ferrari himself praised the car’s style, calling the Jaguar “the most beautiful car in the history of automotive industry.” Fourteen years of production – 1961-1975 – saw three generations of the model, powered by six- and twelve-cylinder engines. The excellent performance of these units, as well as innovative solutions such as independent suspension or disc brakes set new standards in the automotive industry. The E-Type, which was offered for sale as a roadster, as well as a two- and four-seat coupé, was also priced very competitively, which garnered it a lot of popularity, which after years turned into a cult status. These days, these cars are very much sought after by collectors all over the world.

The described Jaguar is a 2+2 coupé model made in 1968, part of the so-called 1.5 series. The car came to Poland several years ago from the United States and required restoration, which was carried out by renowned automotive shops in Silesia. The car body was thoroughly cleaned, then professionally rebuilt and painted light brown using DuPont materials. All decorative elements and components used for mechanical restoration work are original parts purchased from the UK, including rarities such as reinforced Lucas headlights from the era, as well as smaller pieces, like caps, oil gauge or even screws. A complete exhaust system made of stainless steel was built to order. The interior has been re-upholstered with Connolly-brand light leather, which goes perfectly with the colour of the bodywork. The distinguishing feature of this car is the original Webasto sunroof, which is somewhat of a rarity. Another advantage of this car is its manual transmission, which enables the use of the powerful inline six-cylinder engine’s full potential. Since the restoration, the car has been in France, where it ran for approximately 17,000 miles – the car is equipped with a US version odometer. During that time it was used on a regular basis, but only in warm and dry weather. The presented Jaguar E-Type is a unique car, taking into advantage not only its very attractive appearance, but also a rare specification – there were only about 200 of these made with a similar configuration – and impeccable technical condition.
[/av_textblock]