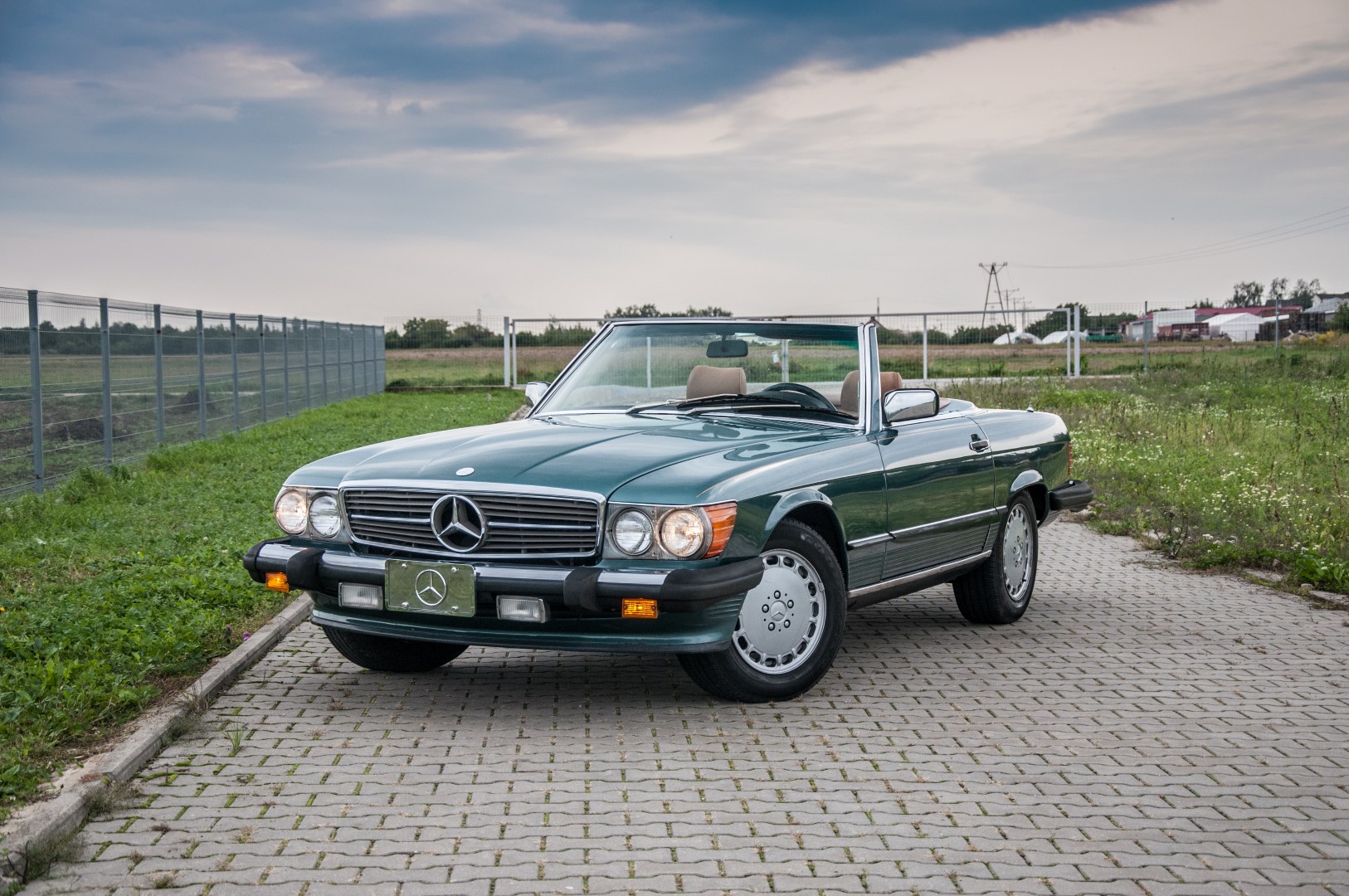 The Mercedes SL codenamed R107 was launched when customer demands towards roadsters were rising. Not only did new models have to be more dynamic, but also more comfortable and safer. The successor of the legendary “Pagoda” presented a radically different styling, too. But driving joy had remained at the top of priorities in case of roadsters. Mercedes’s new range of engines was supposed to deliver just that. Initially, customers could only choose between two V8s. The lesser engine had 3.5 litres of displacement and developed 200 BHP. In 1973, the line-up was joined by a 4.5-litre unit, developing 25 BHP more. Later on, 3.8- and 4.2-litre units were mounted under SL’s bonnet. The most powerful offering in the range displaced 5 litres and churned out 240 BHP (in production from 1980). Because of the oil crisis, engine range in Europe was complimented by a straight-six engine developing 185 BHP (wearing a 280 SL badge). From 1985, the six-cylinder motor of the R107 developed 188 BHP and displaced three litres.

Little is known about the history of the presented 560SL. Its state of repair is rather good. One of its assets is its rare colour, codenamed DB877 in Mercedes’s catalogue. The car was made in 1987 with American market in mind. It was fitted with the then-most powerful V8 engine displacing 5.6 litres. From the structural point of view, one of the car’s sills was repaired, other than that the body shows signs of major bodywork repairs. Blue-green paintwork looks really nice. Bright leather trim and wooden trim pieces do not show signs of wear and tear. The car is also fitted with a hardtop with matching colour. Before its former owner decided to sell it, he decided to do a thorough service of rear suspension, including replacement of rubber-metal elements.

The car looks elegant and seductive at the same time. Despite its age, its next owner will enjoy summer drives and even daily commutes in it for many years to come. Thanks to its unusual paintwork and original condition the car stands out of the crowd of other R107s. Current market trends show a significant increase in values of these cars on western markets, as it was with its predecessors, the W121 and W113. Maintenance and repairs will not cause issues, which makes this a perfect vehicle to start an adventure with classic motoring. Moreover, it surely has a solid investment potential and will almost certainly bring a profit in the future.