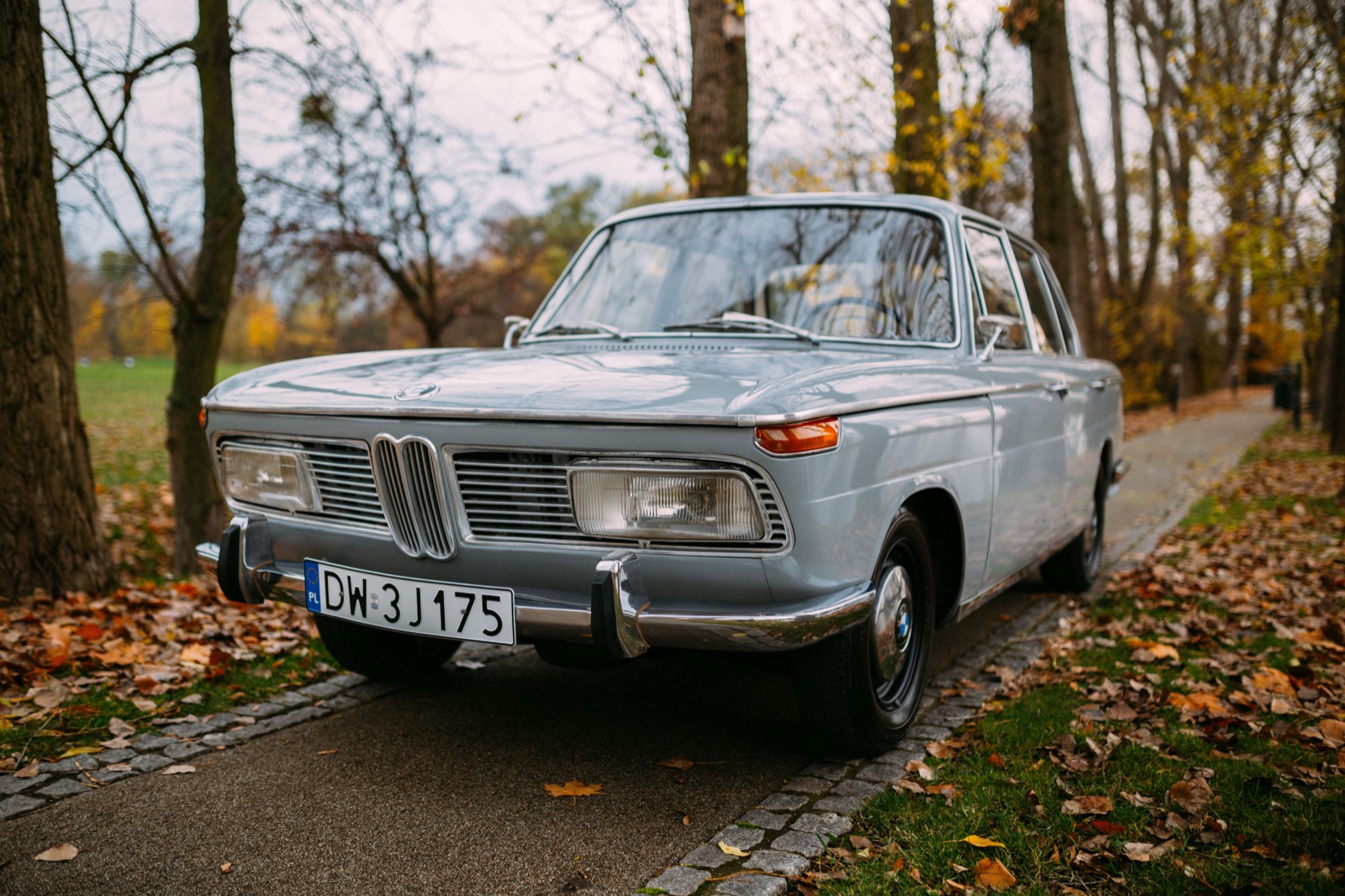 The post-World War II crisis in Europe was not a great period for BMW. The brand offered either large, expensive luxury barges – which weren’t as profitable as expected – or microcars powered by motorbike engines, which were already dated at the time and were slowly becoming a thing of the past. In order to prevent financial trouble of the company (even Daimler Benz pondered its takeover), the Germans set to work on a new middle-class model, which would still be comfortable and elegant, but also affordable at the same time. The result was the “Neue Klasse” – “New Class” series, thanks to which BMW recovered financially and established its market position and image.

The first car from the new model line was the 1500 – a four-door saloon, which debuted on the 1961 Frankfurt Motor Show and was put into production a year later. Its name was also a designation of the displacement of its four-cylinder engine. Until then, BMW had only been fitting their saloon cars with engines that were at least 500 cc bigger. The new car’s appeal lied mostly in its exceptionally modern styling, created by Wilhelm Hofmeister. This is the first car featuring a distinctive low forward bend at the C-pillar, known as the Hofmeister kink (also referred to as the Hofmeister-Knick). It became a defining characteristic of BMW’s styling and is still being used today.
The 1500 cc engine codenamed M10 developed 80 BHP, which was good for a 0-100 km/h acceleration time of 15 seconds, which was a remarkable result at the time.

The car was also distinguished by its highly innovative suspension design, with McPherson struts up front and semi-trailing wishbones at the rear, which provided excellent handling.

Year 1965 marked the introduction of a coupe version, featuring a Karmann-designed bodywork. Cars were powered by two-litre engines developing 100 and 120 BHP respectively (2000C and 2000CS). A year later the lineup of two-litre “Neue Klasse” models was joined by a saloon simply called the “BMW 2000”.

The BMW 2000 was an enhanced and more powerful version of the 1800. It was distinguished by a better equipped interior, new front (with rectangular headlamps in Europe and round ones in the USA) and restyled taillights. Initially the only available engine was a 100 BHP two-litre, but in 1966 the engine line-up was joined by 120 BHP a 2000 TI version.

Final iteration was the 130 BHP 2000 TII version with Kugelfischer fuel injection. A 2000 TI-Lux version was also offered, with wooden dashboard and optional leather seats. The 2000 could also be specified with a three-speed automatic gearbox.

The BMW Neue Klasse was universally praised by its style, performance, efficiency, comfort and handling. It was a much anticipated sales success and helped BMW recover financially. It was also successful in motorsport (having won the 24-hour endurance race at Spa several times). Numerous features were introduced in this car for the first time and were also used in many other BMW vehicles that came along subsequently. It is often said that the Neue Klasse defined brand’s character and set path for its development, whereas its heritage is still present in today’s products of the Bavarian giant.

The BMW 2000 Neue Klasse offered on the auction rolled off the production line in 1968. The car was originally purchased in Sweden. In 2016 it was bought used and shipped to Poland. In recent years the car was only used sporadically. All the decorative features are complete and have been preserved in an exceptionally good condition. Chromed elements do not show any signs of corrosion. Paintwork was refreshed as the car was still in Sweden, the car’s underbody was also protected against rust. Its distinctive cream grey BMW „Bristol” exterior colour contrasts with the elegant navy blue upholstery on the inside and dashboard finished with satin wooden trim. Original features and details such as static seatbelts, lack of headrests and a steering wheel with two rings are throwbacks that perfectly capture the spirit of the 1960s.

The heart of this vehicle and one of its major assets is its legendary four-cylinder engine codenamed M10, with two litres of displacement and a power output of 100 BHP. Its block was even used for making Formula 1 engines. It is renowned for its reliability and longevity. Recently the clutch pump and master cylinder together with high voltage wiring have been replaced. The carburettor has been professionally adjusted as well.

The car passed the technical inspection in Poland (MOT equivalent) with flying colours. It is registered, insured, ready to drive and does not require any financial outlay from its new owner.