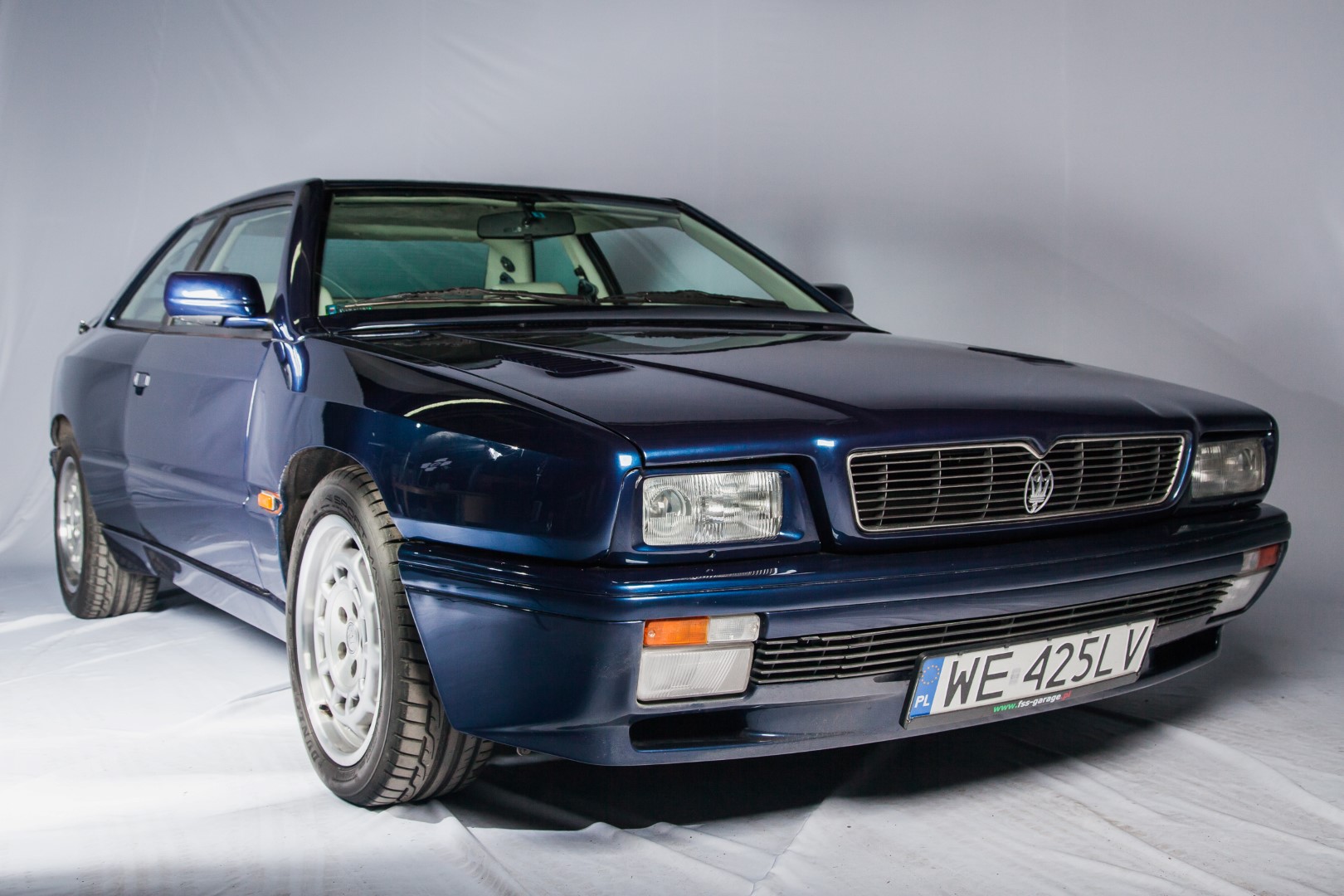 Second generation Maserati Ghibli is a final model that concluded the infamous ‘Biturbo’ series made by the Italian brand. It is also the last model to be conceived and manufactured under the ownership of De Tomaso. Biturbo models, especially ones from the 1980s, were known to be badly made and notoriously unreliable, but they were also full of unmistakable charm and character. Over the years, many flaws were removed, which made these cars more reliable and durable. The Maserati Ghibli II in its second iteration was manufactured through 1992. For tax reasons on the domestic Italian market it was sold with a two-litre biturbo engine developing 306 BHP. On other markets, a 2.8-litre engine with 280 BHP was offered. The 2.8 is dripping with torque and provides strong in-gear acceleration, whereas the smaller two-litre has to be revved hard to get the best out of it. In terms of acceleration or top speed, both versions offer similar performance. In 1997 Maserati teamed up with Ferrari under the ownership of Fiat. The Maserati Ghibli GT is the first model to share parts and engineering solutions with Ferrari. Rear differential was sourced from the Ferrari 456, as was the six-speed manual gearbox made by Getrag. On top of that, vehicles sold on the Japanese market had headlamps from the Ferrari 355. The Ghibli GT made between 1997 and 1999 is the last evolution of the Ghibli II design. It is also regarded as the most refined of all the biturbo series cars. Proper maintenance will surely result in a decent reliability and durability. Above all, the car has an air of uniqueness to it, with only 166 examples of the 2.0-litre and 212 examples of the 212 ever produced. Combined with the six-speed manual gearbox it it a true exotic.

The car offered at the auction was made at the end of 1997. Blue Spaziale paint in conjunction with a Grigio Chiaro interior add up to an incredibly elegant combination. On November 25th 1997 this example was sent to Tokyo, to Maserati’s official importer, Maserati Cornes Italia Co. Ltd. On January 30th 1988 the car was delivered to its first owner. Neither the first owner, nor any of the subsequent owners decided to fully ‘unbox’ the car. It still has an original protection layer on the footwell and on the upholstery of the side panels. The car was shipped to Poland in January 2016. Since then numerous repairs were conducted to bring the car back to an ideal mechanical condition. Timing belt with water pump, all filters and vital fluids were replaced. Clutch was refurbished and coated with Kevlar, whereas the gearbox was fitted with a new resistance bearing. Adjustable suspension works perfecty fine. Brand new Nakamichi radio from the car’s period was fitted on the outside. After applying some paint corrections, the Ghibli looks rather impressive. It is currently in a fully functioning and ready to drive.