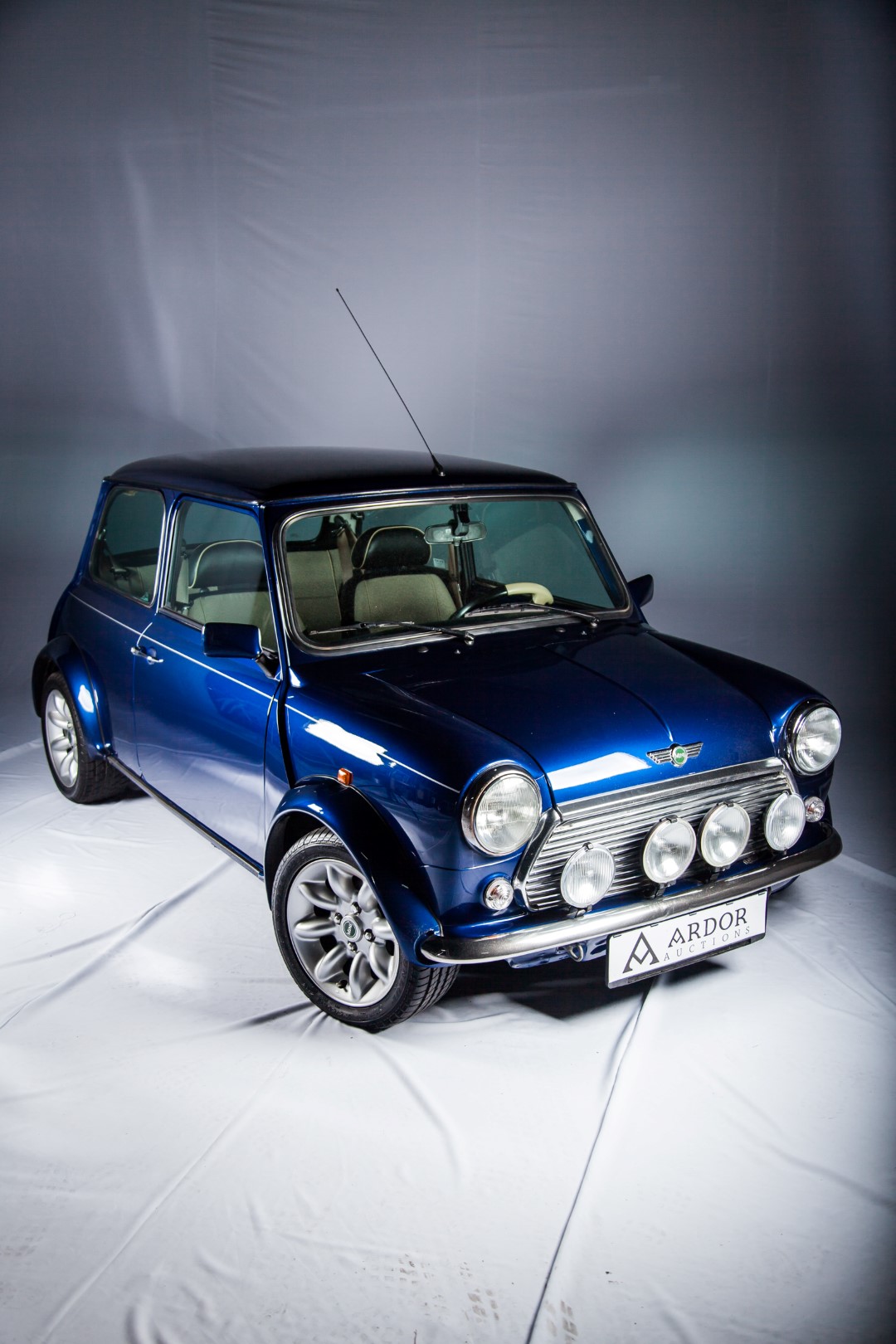 One of the first things that spring into mind when discussing British motoring is of course the Mini. This small city car conceived in the 1960s won the hearts of drivers all over the world. Last series of the original Mini went on sale in 1995 and was the most refined iteration of the British city car. It also lost none of the original character or timeless style despite numerous modern touches and bold colours.

Example shown in the catalogue is a vehicle in perfect condition. It was destined to be a classic right from the moment it left the showroom. It was originally sold in 1998 and remained in the hands of a single family based in Germany. Last year the car was sold to a Polish collector and enthusiast of the brand. Remarkably deep Tahiti Blue paint still looks really fresh despite the fact that the car is 20 years old. The only metal part that was replaced is the front left fender, the rest remains intact. Monaco Leather upholstery and Horizon Blue carpets perfectly match the exterior colour. The dashboard has no signs of bleaching, which can often be found in cars from this period. Factory Minilite 13×6 wheels, flared wheel-arches and chrome tailpipe give this charming classic a sporty character. The owner committed himself to cover all the import fees before the car is sold at auction.

The late Mini Cooper is a great offer for those who are after a car with real heritage, but also one that allows trouble-free ownership and can be driven on a regular basis. Its mint condition is a perfect proof of low mileage, which is a considerable factor that increases collector value. Prices of these cars are already on the rise in Western countries. To sum up, the Mini offered here is a perfect combination of a recognizable retro-style body shape with modern technology, such as airbags for example. On top of that, it definitely has a potential to go up in value.