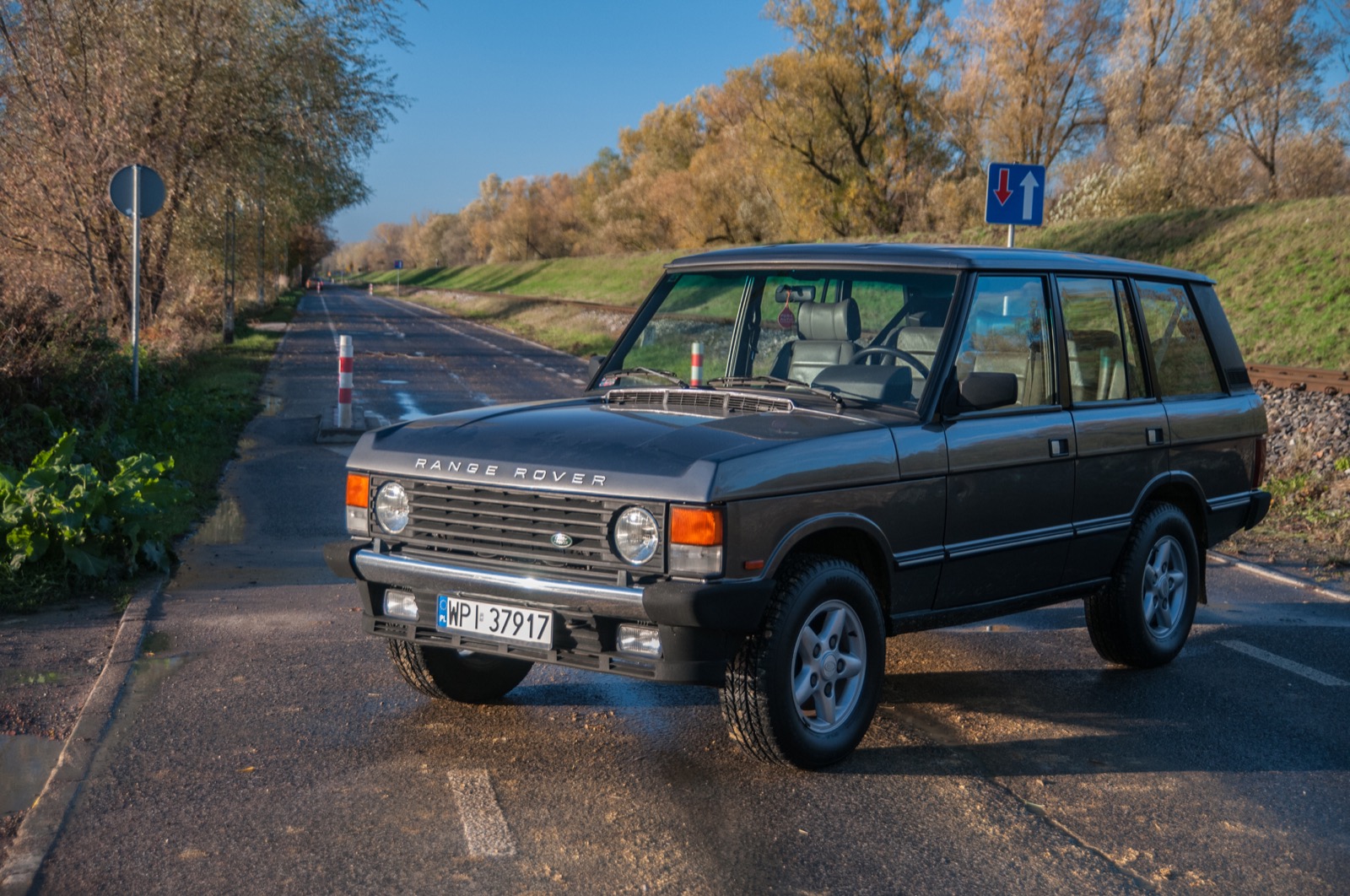 Despite the fact that the Range Rover is regarded as the first truly luxurious off-road vehicle and an ancestor to contemporary luxury SUVs, initially it had much more in common with commercial vehicles, with its modest equipment and crude interior.

Land Rover had been working on expanding its range since the mid-1960s. Prototype of the new model was codenamed VELAR, which stood for “Vee Eight Land Rover”. It was powered by a V8 engine purchased from an American company Buick. Range Rover’s design was greenlighted in 1969, the car itself went on sale a year later. Basic design principles were simple: it was supposed to be as capable off-road as early Land Rovers, but at the same time provide greater overall comfort for five people on board.
While the steel frame was designed by the engineering team, David Bache provided a design for the outer panels and bits of the exterior trim.

At the beginning the car was offered exclusively with a petrol-powered V8 engine. It developed 134 BHP and displaced 3,5 litres. From 1986 carburettor was replaced with fuel injection, which helped boost performance and reduce fuel consumption. In 1990 the engine was bored out to 3,9 litres (which resulted in a power hike to 182 BHP), two years later its displacement was increased to 4,2 litres. Power output rose to a neat 200 BHP.

Years 1984 and 1985 were significant for the car’s history. At that point the car gained its luxurious character, for which it became renowned. First of all, the car became available with leather upholstery and automatic gearbox as optional extras, then its dashboard was replaced with a more elegant one. In 1986 the car was redesigned and had its front grille altered. Production of the first generation ceased in 1996. Although its successor, Range Rover P38A, went on sale two years earlier, the older model was built and sold alongside it under the name Range Rover Classic.

The Range Rover chassis number  SALLHAMM4HA607150 offered for the Winter Auction came to Poland from the Spanish market where it was sold brand new. Equipped with almost every option then available in the catalogue in the Vogue LE specification, this car was for many years in the hands of one Spanish owner who used it everyday with great care and attention to have it always ready and reliable.

Being in hot climate of the city of Leon, this Range Rover is rust free, but presents a few esthetical defects that might require attention. They account for a couple of dings and stone chips on the front, and an oxidation on the bootlid. After its import to Poland, this Range Rover was subject to an extensive service with two bills amounting together for almost 20 000 zlotys. The steering was repaired completely, included its power assistance, the suspension was re-worked, wheels from the 1995 model were mounted, the exhaust was modified to give the car a more rough note, and the engine was resealed, and the short gearbox was rebuild in full. The engine works flawlessly.

The interior and most plastic elements in the car looks very good and bears no to minimal wear.

The Range Rover Vogue LE from the Winter Auction is definitely a good proposition for someone looking for a well preserved Range Rover Classic which was comprehensively serviced with due attention, in order to be able to enjoy it the upcoming seasons.