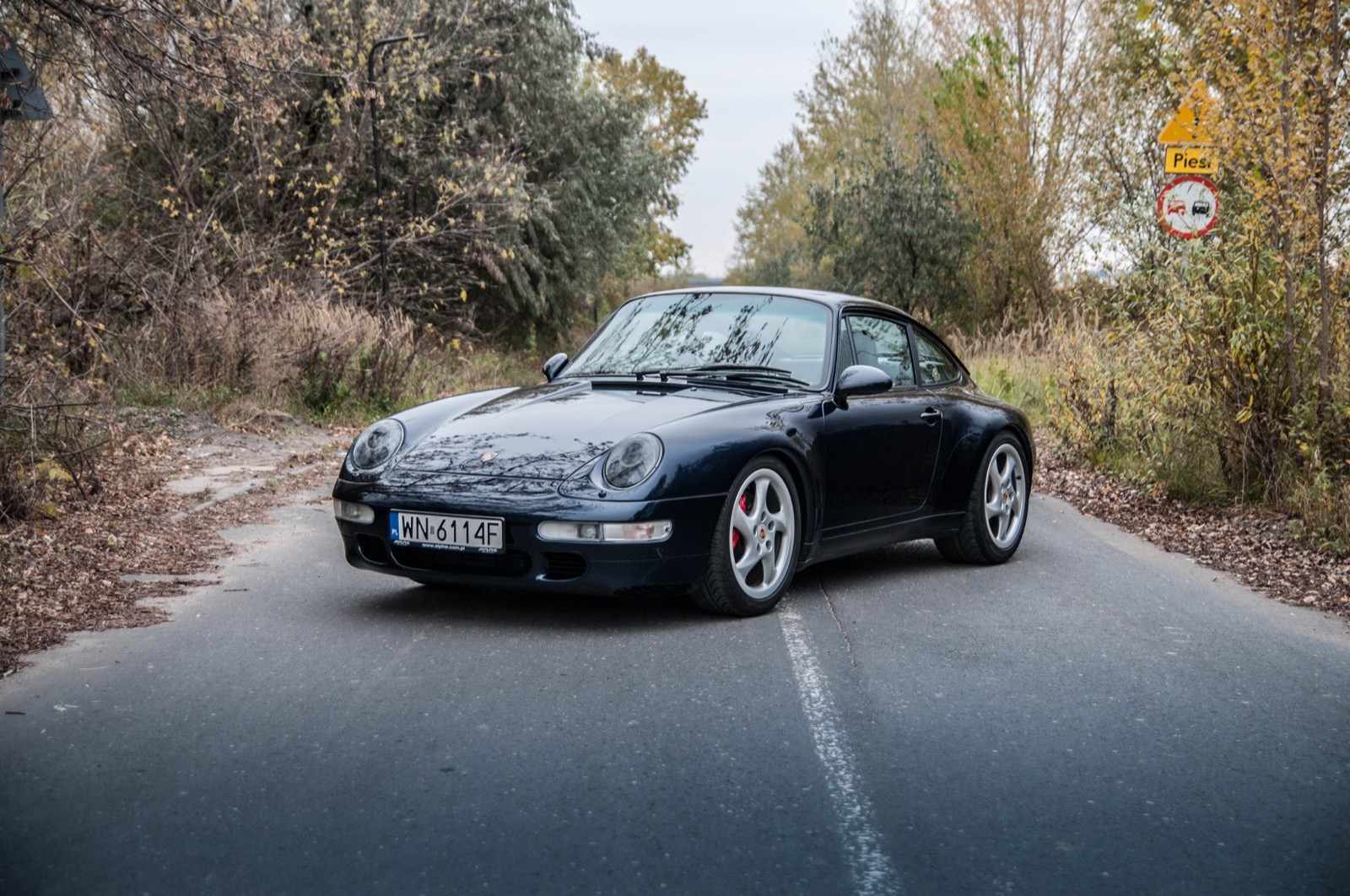 The third generation of the iconic Porsche 911, codenamed 993, is also the last one powered by air-cooled engines. The first 993 rolled off the production line in 1993. Basic design principles had remained unchanged, but the car was substantially modified compared to the previous 964 generation, with which the 993 only shared about 20 per cent of the parts.

The body designed by Tony Hatter was redesigned to keep it modern. Its aerodynamic properties were also improved.

The 993-generation 911 range was very wide – the car was available with such amenities as four wheel drive or Tiptronic automatic gearbox for example.

For the first time in a 911, the manual gearbox had six gears as standard.

Compared to its predecessor, one of the main changes was multilink suspension made entirely out of aluminium. It helped improve the handling characteristics of the car – new 911 was much more stable and it had less tendency to severely oversteer under throttle application in fast corners, for which its predecessor was often criticised. On top of that, it was more comfortable and less noisy on rough surfaces.

The 993 was traditionally powered by horizontally-opposed engines, least powerful of which displaced 3,6 litres and developed 272 BHP. From 1996 on engines were fitted with Varioram induction system, which resulted in a slight power increase to 285 BHP.

Unlike its predecessor, the two door variety no longer bore the name of Carrera 2, but just Carrera. Despite this, it is still referred to as the Carrera C2 by enthusiasts to distinguish between it and the all-wheel drive-equipped C4.

68 000 examples of 993-gen 911 in various guises had been produced until 1998. Its successor, codenamed 996, had a water-cooled engine and much less traditional styling, which was heavily criticised by the experts and enthusiasts of the brand.

This is the main reason why this fabulous looking car, regarded by purists as the last true 911, is so extremely desirable.

The 993-generation Porsche 911 Carrera offered on the Winter Auction was made in 1995 for the American market in a perfect colour combination of grey interior and midnight blue metallic exterior. This is a version before engine upgrades. In other words, its six-cylinder horizontally opposed engine develops 272 BHP and was not equipped with the varioram system.

The car comes with a detailed record documenting its body- and paintwork repairs performed after it was imported to Poland. Back in the United Stated its rear fender, front bumper and windscreen were damaged. The Carrera was professionally repaired and is now in great shape visually. The car comes with a photographic documentation of all works carried out on the vehicle. In the course of repairing the car, original front indicators and the front bumper lip were replaced by parts sourced from the Turbo version for the European market. A set of tinted headlamps was also fitted. The car has an original and exceptionally low mileage of 72 000 miles and has been in the hands of a single owner since it was imported to Poland. The engine was resealed and works faultlessly, all mechanical works on this car were carried out with due diligence to make it totally reliable. The steering wheel from the newer model seen on the pictures will be replaced with an original one before the auction.

This already classic 911 offered on the Winter Auction is without a doubt a hugely interesting and incredibly effective point-to-point sports car with enhanced aesthetics compared to the standard version.
[/av_textblock]