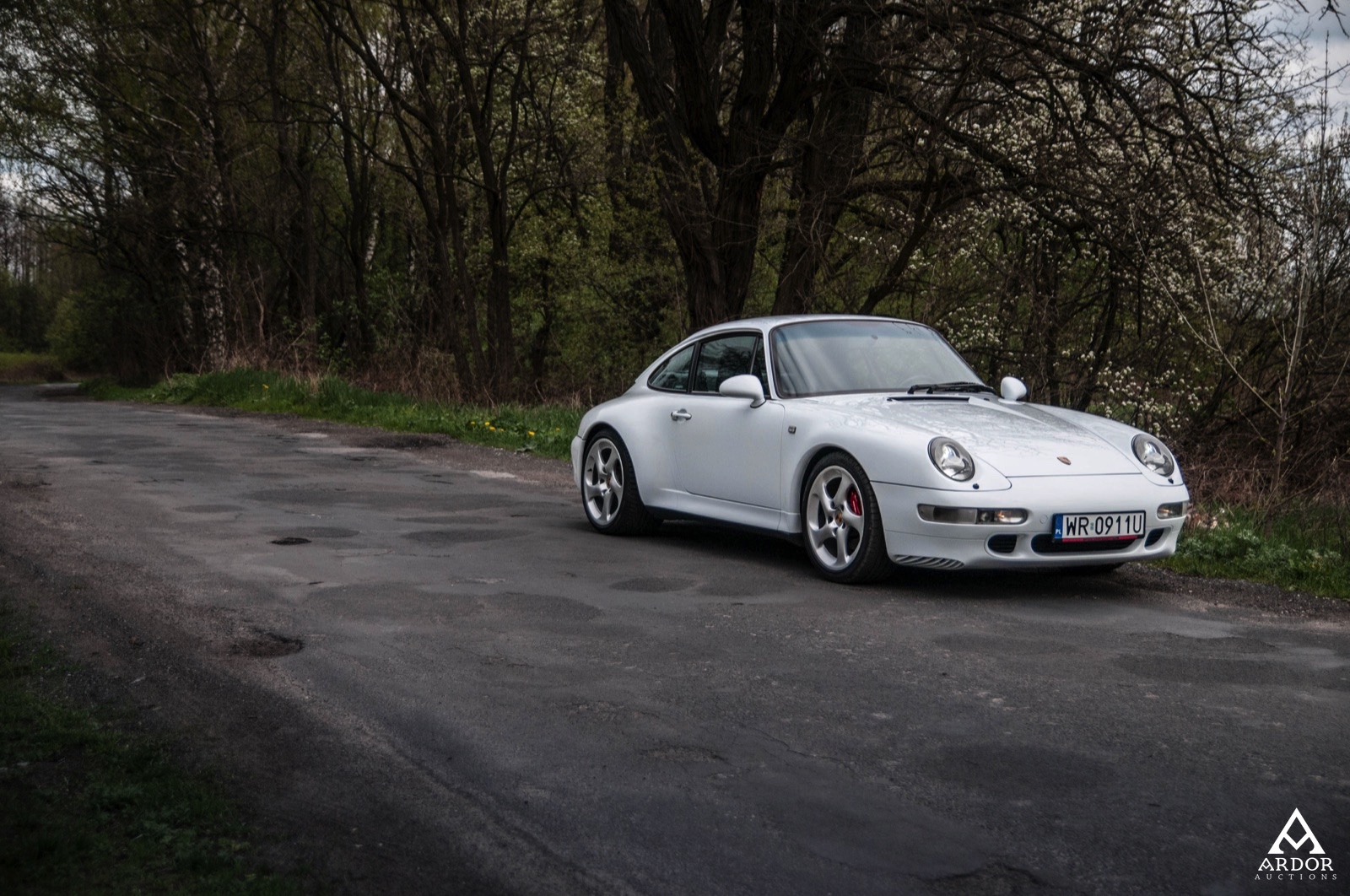 Third generation of the legendary Porsche 911, codenamed 993, is also the last one powered by air-cooled engines. The 993 went on sale in 1993. Basic design principles had remained unchanged, but compared to the previous 964 generation; the new model had been thoroughly updated. Tony Halter-designed body had been redesigned, which also improved its aerodynamic properties. The range of the 993-gen 911 was massive and catered for needs of all types of customers. For instance, the car could be specified with four-wheel drive or an automatic Tiptronic gearbox.
Like all 911s, the 993 was traditionally powered by horizontally-opposed engines, least powerful of which displaced 3,6 litres and developed 272 BHP. From 1996, engines were fitted with Varioram induction system, which resulted in a slight power increase to 285 BHP. Targa version was based on the normally aspirated model and was fitted with a glass roof for the first time. On the other end of the range, one could find 4-wheel drive Turbo developing 408 BHP, Turbo S (450 BHP for model year 1996) and rear wheel-drive GT2 (436 BHP) versions. For the first time in 911’s history, these forced-induction varieties were equipped with not just one, but two turbochargers. Many customization features were available as optional extras. They could be found in the Porsche catalogue.
Till 1998, 68 000 examples of 993-gen 911 in various guises had been produced. Its successor, the 996, had a water-cooled engine and much less traditional styling, which was heavily criticised by the experts and enthusiasts of the brand. According to purists, 993 is the last true 911, which makes it extremely desirable.

This 993-gen Porsche 911 Carrera S, offered at the Rozalin 2016 Auction is one of the rarest versions of the gen-993 Porsche 911. Total production volume was less than 4000 examples, which makes it the second rarest 993 after the exotic RS version. Originally this car was slated for Japanese market and was shipped to Europe in 2015. Its engine is more powerful than that of the standard Carrera, producing 285 BHP. Power is transferred to rear wheels via an automatic Tiptronic gearbox, which shouldn’t come as a surprise for those who are interested in Porsches from Japan. Four years ago, back in Japan, the car on offer had undergone several paint corrections, which had been done professionally and in accordance with Porsche’s factory guidelines. The body of the car is in a very good shape. Previous owner fitted the car with alloy wheels from 996-gen Carrera 4S, making its appearance more modern. Interior is fully original and has normal signs of wear for a car with such mileage. The only minor drawback is a missing piece of stitching on the driver’s seat (about 3 millimetres long). Classic colour combination of white body and black interior was extremely rare on 911’s in Carrera S guise, which makes the collector value of this car even greater. On the mechanical side, engine, gearbox and suspension components are in overall good shape. Current owner of the car provides service invoices from Japan including recorded mileage totals, which prove its authenticity. The last service before shipping to Europe was performed less than 400 kilometres ago. Body and interior maintained in excellent condition, very low mileage and meticulous servicing in Japan – all of this makes this 911 a car worth having on one’s driveway.
[/av_textblock]